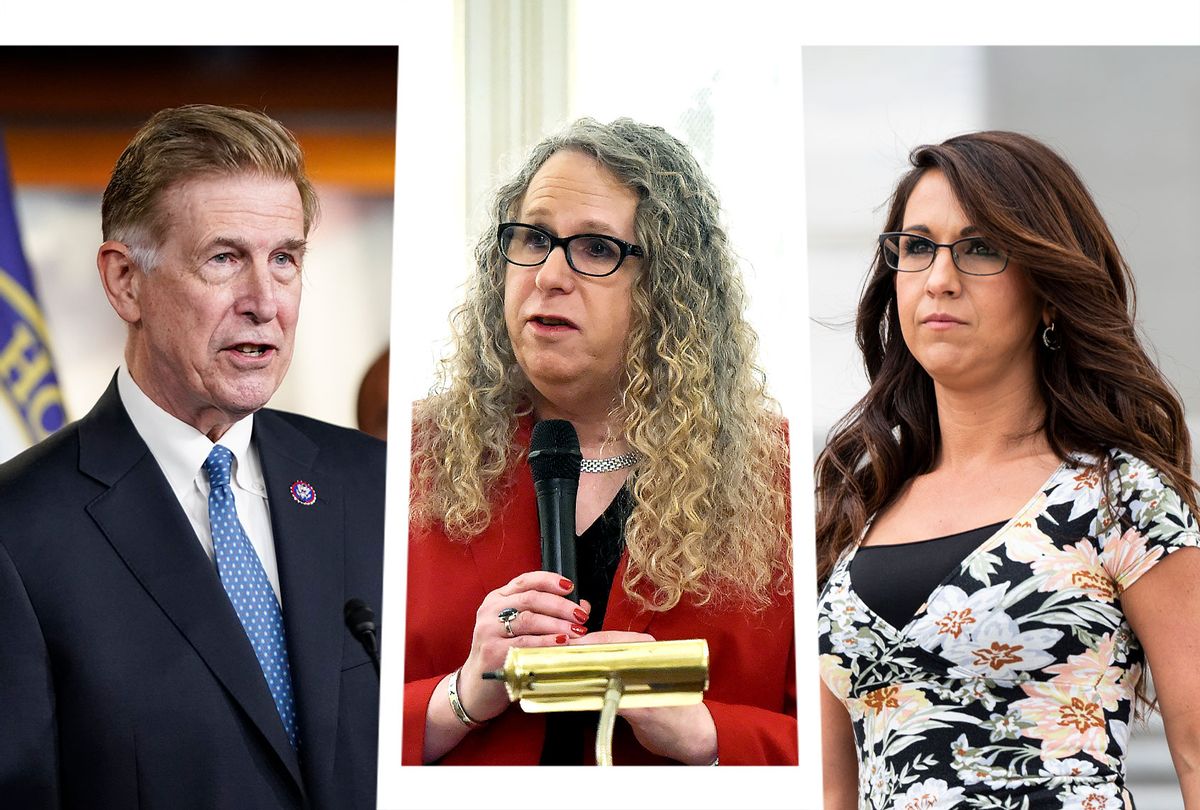 "Welcome to woke medicine, America," Boebert tweeted, posting a picture of Levine during her ceremony.

Just an hour later, Beyer responded: "Dr. Levine is an accomplished pediatrician, a graduate of Harvard and Tulane, a former fellow at one of America's top teaching hospitals, a professor who created medical programs at Penn State to help young people, and PA's former Physician General."

"You are just a hateful bigot," he added.

On Tuesday, Levine, who was appointed by President Biden as the U.S. assistant secretary for health and confirmed by the senate in March, was officially made the four-star admiral of the U.S. Public Health Service Commissioned Corps (PHSCC), an agency of 6,000 federal health workers tasked with managing future health crises, including the nation's ongoing coronavirus pandemic. The PHSCC is one of eight federal uniformed services.

HHS Secretary Xavier Becerra said in a statement that Levine's newfound title is not only historic but well-deserved.

"She is a highly accomplished pediatrician who helps drive our agency's agenda to boost health access and equity and to strengthen behavioral health," Becerra said. "She is a cherished and critical partner in our work to build a healthier America.

But that hasn't stopped top brass conservatives from railing against her ceremony as an appeal to "wokeness."

Tom Fitton, president of the conservative legal group Judicial Watch, wrote on Facebook that Biden was "playing quota politics with public health service," suggesting that Levine does not deserve her new rank.

Others outright challenged her identity as a transgender women.

"The Biden Administration called "Rachel" Levine a female," tweeted conservative commentator Matt Walsh. "Not woman. Female. Notice how the whole "sex and gender are different things" shtick has been entirely abandoned by the Left. They now demand that we accept males as biological females.

"The Biden administration announces that Rachel Levine, a biological man, is now the 'first-ever female four-star admiral" in the public health corp."

"Upon being sworn in, Admiral Rachel Levine said, 'I will follow the science.' Maybe Rachel should start by recognizing that there are only 2 genders," Rep. Boebert echoed in a separate tweet.