Police reform by another name: COVID mandates causing cops to complain — and quit 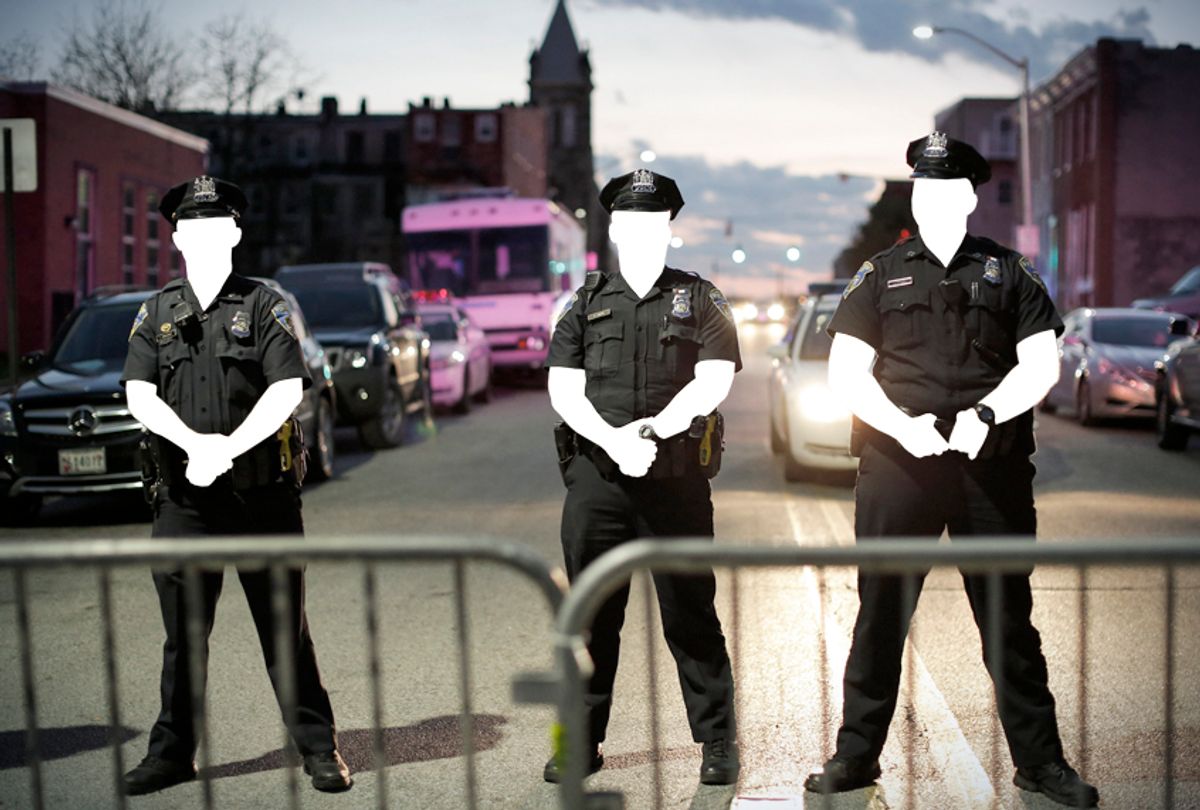 One of the only federal legislative initiatives that had any hope for bipartisan agreement in the last few years was the police reform bill that was being negotiated by Senators Corey Booker, D-N.J., and Tim Scott, R-S.C., along with Rep. Karen Bass of California. Although it always seemed like a difficult lift considering the acrimony on both sides surrounding the issue, it seemed for a while that they were actually making some progress. Unfortunately, those talks finally fell apart and now don't seem to have any chance of revival.

Scott, the only Black Republican in the Senate, dishonestly said that he refused to agree to the Democrats' insistence on "defunding" the police — which they were not doing. Booker explained that he finally pulled the plug when Scott backed out of the agreement to codify Donald Trump's executive order. No doubt Scott knew he would be all alone in the GOP if he signed on and simply decided he'd be better off politically if he just abandoned ship altogether.

One of the major sticking points in the legislation was the question of qualified immunity, the judicial doctrine which holds that police cannot be held liable for civil rights violations unless a court has previously found that a similar case which would make it a "clearly established right." Over the years, it's become progressively more absurd. Time Magazine featured a couple of predictably fatuous results in this piece examining the doctrine. Here's one of them:

The bar for what counts as similar can be extremely high. One famous example is Baxter v. Bracey, in which a Nashville officer released a police dog on a man, Alexander Baxter, who had surrendered and was sitting with his hands in the air. Baxter was bitten and sued the officer. Though a court in the same circuit had ruled a prior incident was unconstitutional, in which an officer released a dog on someone who had surrendered lying down, the Sixth Circuit ruled in 2018 that the factual distinctions were enough for the officer to retain his qualified immunity. (The case was appealed up to the Supreme Court, which declined to hear it in 2020.)

In 2020, Justice Sonja Sotomayor, in a dissent from the majority in one of these cases, said the doctrine essentially means that "police can shoot first and think later," which pretty much says it all.

There has been a legal consensus that in order to provide public safety, police must be allowed to exercise their own professional judgment in the course of their jobs. They are given much greater leeway than in any other employment and are legally protected from most civil liability. And as we have unfortunately seen in too many cases, expecting the criminal code to protect the public from police is a long shot.

Today we are witnessing an unusual situation which reveals that for all the protestations that cops have such a dangerous job that they must be allowed plenty of room to make decisions that they believe will save their own lives and protect the citizens, there are members of police departments who clearly just believe they should be above the law.

The New York Times reported last week that COVID-19 was the leading cause of death among police officers last year, nearly five times the number who died as a result of firearms. Nobody knows how many have fallen ill from the disease but departments across the country have reported large outbreaks. And yet they are having a very difficult time getting some officers to take the vaccine. Now that many cities are mandating the shots the Police Unions are in an uproar and officers are quitting rather than adhere to the law.

And it's not just the vaccine mandates they are refusing to follow. They don't believe they should have to wear masks either. This week in New York City, cops threw a man out of the subway for asking them to wear a mask — as is required of everyone who uses mass transit, including police.

The Times quoted one officer's muddled thinking about what constitutes public safety as he argues against the vaccine mandate:

If you decide to move forward with mandating this vaccine, the loss of officers is on you," Josh Carter, an officer in Leesburg, Va., said at a recent meeting where Town Council members considered a vaccine mandate for municipal workers (and decided not to vote on it that day). "I'm going to come back and ask what your plan is to keep my family and my neighbors safe with little to no officers patrolling our streets or our schools," Mr. Carter told the Council.

I guess this fellow doesn't understand that the streets aren't safe with COVID ravaged police departments with maskless, unvaccinated cops breathing all over the public. But it seems to be a common problem, and if I had to guess it's because these particular officers generally get their (dis)information from right-wing media and see mask-wearing and vaccines as some kind of liberal plot. Now they have jumped on the grievance train, martyring themselves for the cause:

In a way, this is clarifying. Police demand that the public must rely on their judgment to determine when they are in mortal danger and allow them to deploy deadly force with impunity. And yet all over the country some number of them will not accept that COVID-19 is a lethal threat to the public even though there are over 700,000 people dead!

Police reform may be a dead letter in the U.S. Congress but these foolish cops are doing some of the job anyway.

Complaining cops are inadvertently revealing themselves to be among the problem officers in their department  — and if they don't quit they should be fired. This lack of logic and poor judgment render them unqualified and they cannot be allowed to carry lethal weapons and operate with impunity among the public. After all, they can't even be trusted to keep themselves and their own families safe, much less the community. These departments are much better off without them.