“I have not changed," the second gubernatorial candidate to change his political affiliation said. "The party has" 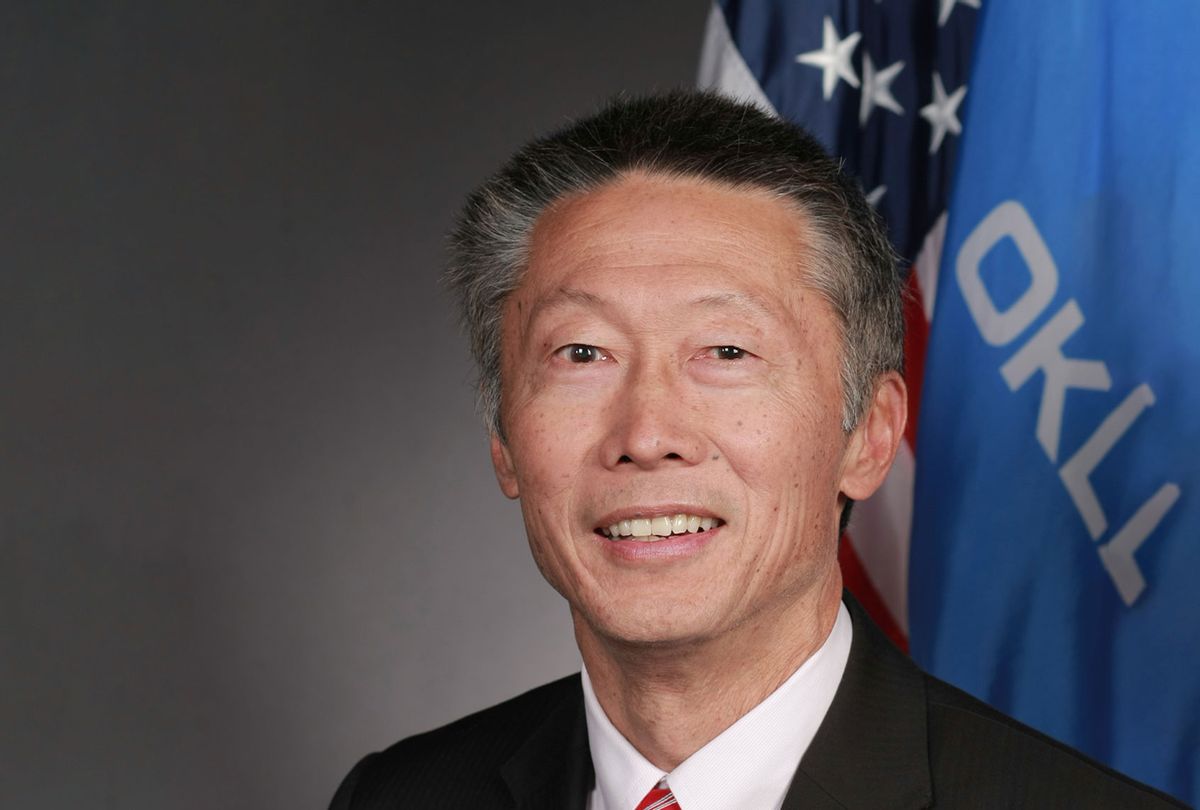 A second Oklahoma GOP gubernatorial candidate has switched party affiliations over the GOP's opposition to COVID-19 health precautions, inviting other "like-minded Republicans" to join him in the Democratic Party.

Dr. Ervin Yen, a former state senator and Oklahoma City anesthesiologist, told The Oklahoman on Tuesday that he "vehemently disagrees" with the state GOP's rejection of mask and vaccine mandates as well as its insistence that the 2020 presidential election was marred by election fraud.

"I vehemently disagree with these views and that is why I have withdrawn my Republican voter registration," Yen said. "I have not changed, the party has."

The doctor explained: "I absolutely believe in temporary mask mandates, when needed, to fight this current Covid pandemic. If the state had instituted a state-wide mask mandate in June of 2020, we could have avoided 70% of the Covid deaths that we have suffered since then."

Over the past two years, Yen has been a critic of Stitt's pandemic response and announced his November candidacy for governor by citing Stitt's failure to contain COVID-19 with common sense health precautions.

"Every day I see the new deaths and my anger just increases. If this is allowed to continue, we could still be in this pandemic on election day 2022," Yen said at the time.

In recent months, Oklahoma has had particular difficulty in managing the outbreak.

Back in mid-September, Oklahoma saw a 7-day average high of 3,406 coronavirus cases, according to The New York Times. Just under 50% of the state's population is currently vaccinated, and this week the state reported just over 400 new cases per day. On Monday, the CDC announced that it would be adding 1,000 more deaths to Oklahoma's aggregate death toll, which has surpassed 11,000, compared to the 9,402 reported by the state, according to KUTL.

When it comes to pandemic policies, Stitt has repeatedly refused to implement statewide mask or vaccine mandates, though the Republican governor has allowed private employers to enforce their own internal rules. The Oklahoma Watch found that Stitt did the least out of any governor in surrounding states to promote the vaccination via social media from March to July of this year, with just over 1% of his tweets supporting the practice. On Facebook, the outlet likewise found that the governor hadn't posted about vaccination at all.

A Stitt spokesperson told AP News that the governor is seen by the state's residents as a political outsider "fighting for individual liberties and fiscal responsibility."

"Oklahomans support Stitt because he is delivering results and staying true to his campaign commitments," they added.

Yen said that he thinks Republicans like Stitt are moving the state "backward," adding: "I invite like-minded Republicans across the state to do what I have done."