The evolution of Trump's Big Lie: Republicans retool their conspiracy theory for the mainstream 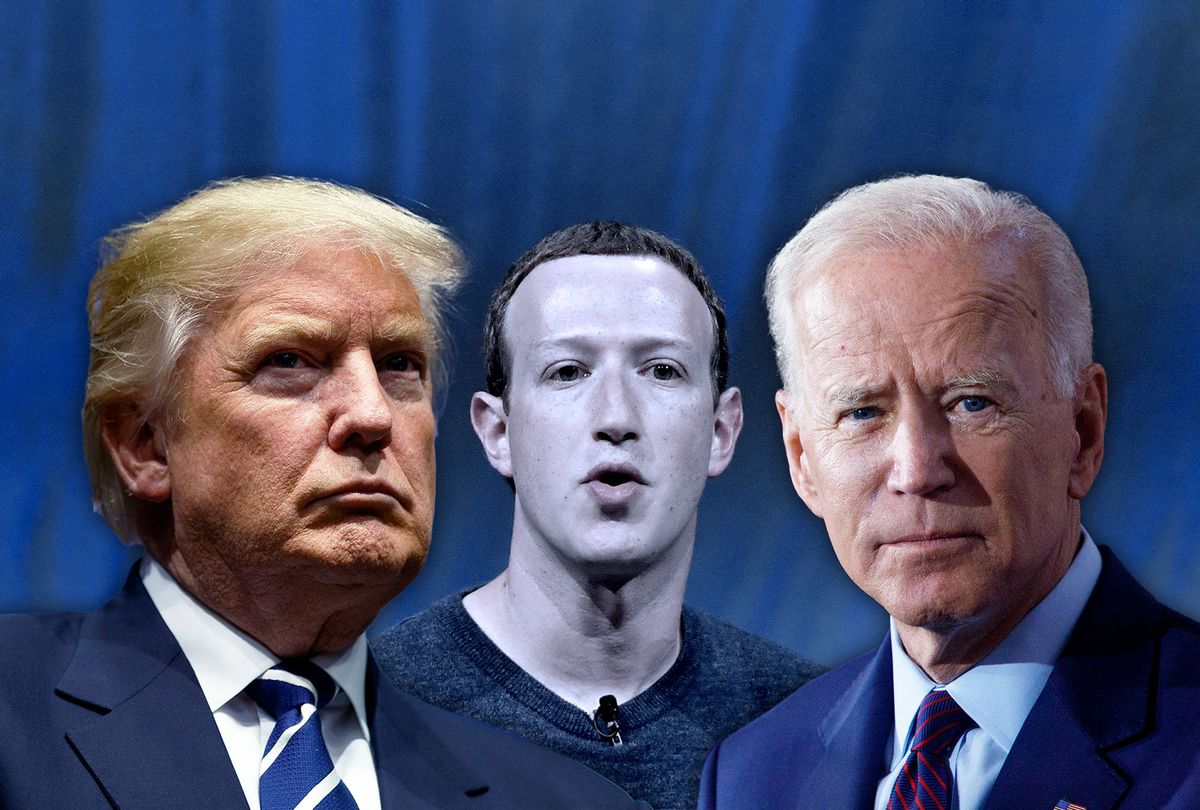 On Wednesday, Republicans once again stood in unity on an issue for which there is fierce agreement across their party: Voting should be hard as hell — at least for Americans who live in cities and/or aren't white. Senate Democrats had brought forth a new version of a voting rights bill, watered down by Democratic Sen. Joe Manchin on the asinine theory that it might attract Republican votes, but no dice. All 50 Republicans in the Senate voted to filibuster the bill, with Senate Minority Leader Mitch McConnell, R-Ky., claiming it has a "rotten core."

Republicans oppose voting rights because they know their party is unpopular. Blocking voters — especially those who don't live in lily-white suburbs and small towns — from the polls is the best way for the GOP to keep power. But, of course, they can't just come right out and admit that they're the face of the new Jim Crow. Instead, this opposition to voting rights is framed as concern for "election integrity." So Republicans pretend to believe there's a threat of widespread voter fraud that can only be addressed by making it incredibly hard for certain Americans to vote at all.

The issue for Republicans right now is that the most popular conspiracy theory about "voter fraud" is the Big Lie being promulgated by embarrassing, insurrection-associated figures like Donald Trump and his cronies. Certainly, the bug-eyed rantings about stolen ballots and fraudulent voting machines from the Rudy Giuliani/Mike Lindell faction play well with the base. (Currently, two-thirds of Republican voters claim to believe the 2020 election was "rigged" for Joe Biden.) However, these lies are easily debunked by journalists and open up proponents to billion dollar defamation lawsuits. In addition, Republican candidates, like Glenn Youngkin in Virginia, can't win unless they claw back moderate voters who don't appreciate being associated with lunatics and insurrectionists.

Clearly, Republicans need a version of the Big Lie that isn't so ridiculous. They need something they can slip past the fact-checkers at the New York Times and CNN. Preferably a way to package the same idea — that people of color and urban voters are inherently illegitimate — without sounding like a maniac like the MyPillow Guy. They need a definition of "rigged" that doesn't sound like the ravings of 9/11 truthers or QAnon-addled morons.

A frequent voice on Fox News, Hemingway clearly feels she's found a more sophisticated justification for the baseless accusations that the 2020 election was "rigged." She's got a new definition of "rigged" that sounds less nutty and can be used to browbeat reporters out of calling out the "voter fraud" lie. She's even tied the conspiracy theory to Facebook CEO Mark Zuckerberg, cleverly wielding his well-known status as a villain to push this nonsense about a "rigged" election.

RELATED: Republicans can't make it any clearer: Trump's Big Lie must be defended at any cost — even democracy

Hemingway rolled out her cleaned-up version of Trump's conspiracy theories earlier this month in her new book, "Rigged: How the Media, Big Tech, and the Democrats Seized Our Elections." In it, she cleverly avoids easily debunked claims that the election was stolen through rigged voting machines and fraudulent votes. Instead, she rewrites the Big Lie to focus on money that Zuckerberg gave — which she derides as "Zuck Bucks" — to a couple of voting rights groups, money that was spent on making it easier for marginalized people to vote.

To be clear, however, the two groups Zuckerberg gave money to, the Center for Technology and Civic Life (CTCL) and the Center for Election Innovation and Research (CEIR), are not "fraud" or in the business of "rigging" elections. They used the donations from Zuckerberg for the non-partisan, completely legal and frankly honorable purpose of making voting easier for people who are disabled, elderly, or whose low income-but-time-intensive job situations make it hard to get to the ballot box. By her own admission, all the group did was reach out to voters to make sure they turned their ballots in on time, assist voters who needed to make sure their ballots were filled out correctly, work to reduce the lines at ballot boxes, and help voters figure out the mail-in ballot system.

The irony here is that Zuckerberg's donations were likely not out of the pure goodness of his heart. He's been under fire for years for allowing Facebook to be a superhighway for fascistic propaganda that is undermining democracy. These donations to pro-democracy organizations have the strong stench of a public relations move to reassure politicians and the public that Zuckerberg has no ill will towards the continued existence of democracy. Now the one good thing the guy ever did is being used as the backbone of this racist conspiracy theory.

And a racist conspiracy theory is exactly what Hemingway is peddling.

This basic pro-democracy work done by these groups is morphed, in Hemingway's telling, into "tech oligarchs' buying the administration of the state's elections" and even the "privatizing" of elections. It's a fancy update on a very old right-wing talking point that paints any activist effort to assist voters — like offering rides to the polls, distributing food or water to voters waiting in line, or organizing "souls to the polls" events through churches — as somehow malevolent.

Still, her nonsense is built on a technically true fact that money is spent on non-partisan groups to assist voters. That helps those who want to push "rigged election" conspiracy theories through the mainstream media and on, ironically, Facebook. Unlike the lies about "fake" ballots and "rigged" voting machines, Hemingway's conspiracy theory, by relying on this one fact to spin out a wild tale from, can evade being flagged by fact-checkers. And she is not subtle about her intention to use "Zuck bucks" as a cover story that Republican politicians, pundits, and even voters can use to justify screeching about "rigged" elections.

"If you believe things went terribly wrong in the 2020 election, well, you're not crazy, and you're not alone," she writes. "But most of all, you're not wrong."

RELATED: The power of the Big Lie: Why do 30% of Americans cling to Trump's dark fantasy?

It's all quite cunning. Everyone from GOP politicians to dudes ranting on social media needs something that doesn't sound completely nuts to fall back on to justify false claims about a "rigged election." Hemingway's conspiracy theory is misleading, but more through misdirection and bad faith than simply making up false facts.

Unsurprisingly, this new, easier-to-defend version of Trump's Big Lie is starting to take off in right-wing media.

The Federalist, where Hemingway is an editor, has been heavily hyping this new spin on Trump's conspiracy theories with hyperventilating headlines about a "leftist shadow government" and claiming Zuckerberg "took over the 2020 election." The New York Post is also getting involved in the hype. Hemingway's B.S. is even starting to show up in Fox News and will likely be making the jump to primetime soon.

This follows a long-standing pattern in GOP politics, where crazy ideas that start at the fringe are laundered by cynical operators like Hemingway, to make them more palatable for politicians and the mainstream press. That's how accusations that Barack Obama wasn't born in the U.S. got turned into "questions" about the "long-form" birth certificate. Or how neo-Nazi theories about "white genocide" are being cleaned up by Tucker Carlson and other Republicans as a mere question of immigration policy. Or how a bunch of wild-eyed ravings about Hillary Clinton being a murderer somehow morphed into "what about her emails?" Conservatives are very good at putting a veneer of plausibility on ridiculous conspiracy theories that can help get them into the mainstream media.

The irony here is that Hemingway, by coming up with a more housetrained version of Trump's Big Lie, also inadvertently exposes the racism at the heart of the "rigged election" claims. Trump's conspiracy theories were mostly about Democrats somehow inventing votes out of thin air, which he mostly used in order to pressure election officials to actually fabricate votes for him. His racism was never far below the surface, but he managed to avoid coming right and saying that voters of color shouldn't have had the chance to vote.

Hemingway's take on the Big Lie, is less outlandish, but it also is premised fairly explicitly on the idea that any effort to make voting more accessible is inherently illegitimate. She's not denying that the people who got assistance were real people or even that they had a legal right to vote. Instead, she just takes it as a given that it's dirty pool if someone helps people of color overcome voter suppression tactics to successfully cast their ballots.

But sadly, while Hemingway's definition of "rigged" is even more racist than Trump's, it will likely perform better in the mainstream media, because she is better at dissembling and creating plausible deniability than Trump. Just look to Florida, where Republican Gov. Ron DeSantis is already leaning on the "Zuck bucks" excuse to justify voter suppression. We are likely just beginning to see this racist conspiracy theory spread wildly on the right.