Moderate Democrats are about to sell out Americans to drug companies 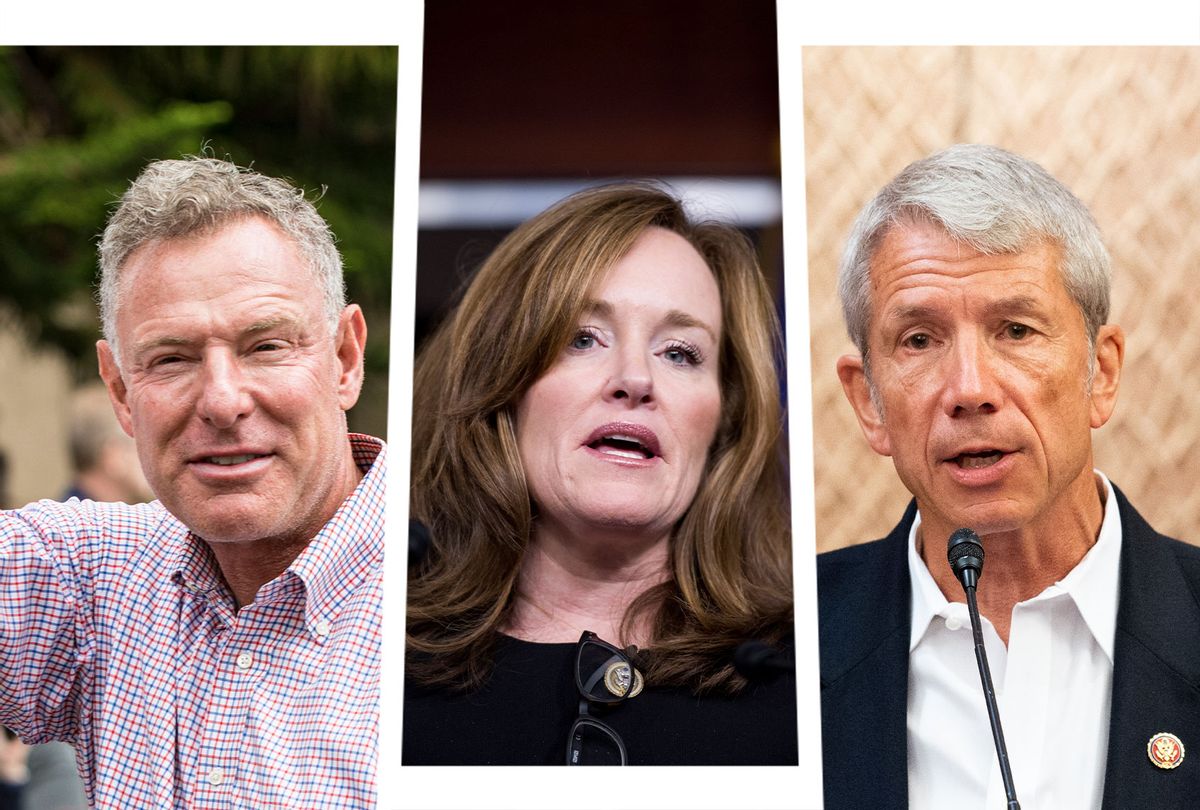 President Joe Biden may be entering the last leg of a long fight to get his mammoth, $3.5 trillion social spending bill through Congress. Buried within the bill are many "progressive" ideas that aren't really all that progressive anywhere outside of the United States. Among them include introducing free community college, parental leave, universal preschool and prescription drug pricing reform. This prescription drug pricing reform is of particular importance: not only will it allow sick people to afford medicines that will keep them alive, but also, it will provide cost savings that will help Biden pay for all that other stuff he's proposing. Indeed, according to congressional estimates, negotiating drug costs could save $700 billion over a decade.

Now, those cost savings are now at risk because a handful of centrists want to water down the bill so that it will do little to lower drug costs.

There are many reasons prescription drug prices are astronomical in the US, but one of them is a 2003 bill signed by then-President George W. Bush that expressly forbade Medicare from negotiating drug prices with the pharmaceutical companies. The idea behind the Medicare Modernization Act, as it was called, was that if Medicare could negotiate down drug prices, Big Pharma wouldn't have enough money to develop new medications.

This logic seems to be specific to the US, because every other developed country in the world has some sort of central negotiating body that tells the pharma companies how much they are willing to pay for their drugs. The UK, for example, has the charmingly named NICE which negotiates prices for the NHS. NICE is made up of experts who factor in what the new therapy can provide over existing ones, and then names the price they are willing to pay for it. If the pharma company doesn't want to accept that price, they don't get their drug on the NHS. This works well, as the UK pays, on average, 21% less for medications than the US. And again, somehow the pharma industry keeps on kicking.

In Biden's prescription drug plan, Medicare will have the power to negotiate directly with the pharma companies to lower drug prices in Medicare Part B, and then apply those prices to private insurance plans so everybody can enjoy cheaper medicine. This would apply to a wide range of drugs, and include medications that are still patent-protected and don't have competition.

Yet this not-so-ambitious plan hit a roadblock last month when three members of Congress voted against the provisions in committee that would allow for negotiations.

The three centrist dissenters were Democratic Reps. Scott Peters of California, Kurt Schrader of Oregon, and Kathleen Rice of New York. Coincidentally, these three are also some of the biggest recipients of Big Pharma lobby money; together they've raked in over $1.6 million in campaign money, and one of them – Scott Peters – is the single biggest House recipient of pharma cash.

Losing three votes wouldn't normally be the end of the word, but Democrats only have a four-seat majority and need everybody on board if the bill is going to pass.

Things don't look any better in the Senate, where Democratic Senator Krysten Sinema of Arizona has told the White House she doesn't support prescription drug negotiations. Here, the Democratic majority is razor-thin, with Vice President Kamala Harris casting the tie-breaker vote; hence, every single Democrat must vote for the bill if it has a chance of passing.

Yet rather than vote on the bill as it is written, Reps. Peter and Schrader have proposed an alternative that would limit Medicare's ability to negotiate prices with pharmaceutical companies. Under their legislation, Medicare would only be able to negotiate prices for drugs that don't face market competition and have exclusivity. The legislation also wouldn't apply to private health insurance plans, which means only folks who get Medicare would benefit from (some) lower drug prices; while everybody else who gets cancer, or some other disease, would be left paying high co-pays or just not being able to afford the medication at all.

The logic behind this more moderate legislation is woefully inconsistent. Drug companies and the recipients of their lobbying money argue that if prescription drug prices are lowered due to negotiations, there will be less money for innovation. This presupposes that before George W. Bush signed into law his overhaul of Medicare in 2003, there was less innovation. Pharma companies are very quick to boast that they reinvest about 17% of their revenue in R&D spending, which according to them is the most of any other industry. This isn't actually true. The company that reinvests the most of their revenue in R&D would be Amazon, curiously, followed by a slew of other tech companies including Samsung and Facebook.

Moreover, the price difference between what the US pays for medicine, compared to the rest of the world for the same drugs, more than covers the amount pharma companies invest in R&D.  A 2017 study showed that the US pays on average 41% more than other developed countries for the 20 top-selling drugs. The difference in net drug prices between the US and the other developed countries earned the pharma industry $116 billion, while that same year those pharma companies invested $76 billion in global R&D. If Medicare could negotiate drug prices, it would bring the US more in alignment with other countries without affecting the pipeline for new drugs.

Pharma companies also generate significantly more net income than other large public companies, and between 2008 and 2018 earned almost $2 trillion in net profit. That net profit goes to lining shareholders' pockets. Other huge sums of pharma money — in fact, a record breaking $91 million in the first three months of 2021 alone — goes to lobbying so that Big Pharma can persuade politicians like Representatives Peters and Schrader to help keep drug prices high.

There is a moral argument to be made that it's more important that every human being can get affordable access to life saving drugs than those billionaires and millionaires make more billions and millions. For the sake of Biden's spending bill and patients everywhere, it is important that the lingering centrist Dems get in line and put affordable medicine higher on their personal agenda than pharmaceutical industry greed.