The 5 best substitutes for evaporated milk

Because who wants to go back to the store when you only need one can? 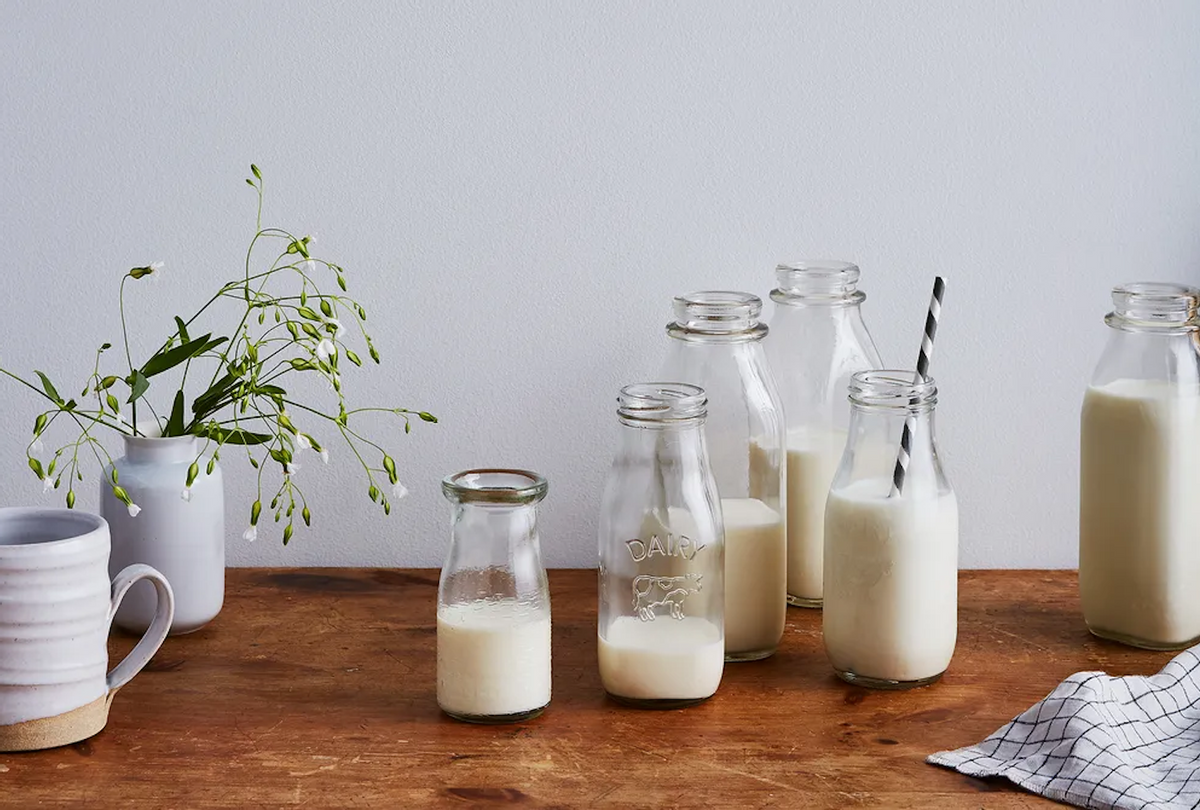 It's a classic recipe blunder: You've assembled your mise en place, preheated the oven, even carefully buttered and floured the pan. Then, you see it: "one cup of evaporated milk."

It was right there in the ingredients list the whole time, of course, but you're definitely just seeing it for the first time now. You poke around the pantry in hopes you'll get lucky. While you do find four cans of pumpkin, six cans of garbanzo beans, condensed milk, coconut milk, AND powdered milk, there's no evaporated milk to be found. What now? Go back to the store? Uh, no thanks. If you've already cooked the pasta and started the bechamel sauce for ultra-creamy macaroni and cheese, you're not going to stop now. If you've had your heart set on baking ice cream or a mud cake, the craving isn't just going to go away because you're out of evaporated milk. Abandon the recipe and make something else? Less than ideal.The answer: none of the above, because there are actually plenty of substitutes for evaporated milk.

First, you need to know what you're replacing.

What is evaporated milk?

Evaporated milk is canned, shelf-stable, highly concentrated (typically 2%) milk. It's often used in recipes like pumpkin pie and tres leches cake. To make the product, about 60% of the water is evaporated from cow's milk, after which the liquid is canned and heat-sterilized. This process makes the milk shelf-stable for months, sometimes even years. Technically, when mixed with 1 ½ parts water, one part evaporated milk can be reconstituted into the proportional equivalent of regular milk.

You may think that these two shelf-stable canned milk products are one in the same, but they're not. Both condensed milk and evaporated milk are types of concentrated milk, but that's where the similarities end. The main difference between evaporated milk and condensed milk is that the latter has lots of added sugar, making it a naturally (or unnaturally, depending on how you want to look at it) sweet product. That's why you can easily drizzle a can of condensed milk over magic layer bars or use it for quick-cooking chocolate fudge. There's very little legwork needed when cooking or baking with condensed milk.

On the other hand, evaporated milk is unsweetened, so you wouldn't want to substitute one for the other, as it can greatly affect how sweet your recipe will taste.

Unsurprisingly, the milk you already have in the fridge will be a fine substitute for evaporated milk — with a bit of tinkering. For the most foolproof evaporated milk substitute, make your own: Into a saucepan, place approximately 60% more milk than called for in the recipe, bring it to a boil, and gently reduce it until the desired amount is reached. Cool the mixture, then move on with the recipe.

So for example, if a recipe calls for one cup of evaporated milk, you'd need to use about 1⅔ cups of regular whole, 2%, or skim milk.

Although you can find vegan evaporated milk made with coconut milk in some specialty grocery stores, you can also make your own dairy-free substitute for evaporated milk. Follow the above method with non-dairy milk like soy, rice, oat, or almond milk instead of cow's milk.

Good news: you can substitute half-and-half for evaporated milk! Half and half's thicker consistency is similar to evaporated milk, and can easily be used as a substitute in recipes. Your end result may be a bit richer, but who will be mad at that?

Ditto for cream — again, the fattier liquid will make the recipe turn out richer than if you'd used evaporated milk, but it won't be bad. If you happen to have both cream and regular milk on hand, mix together half cream and half milk and use that as a substitute. That's also how you make a quick and easy substitute for half-and-half!

In the unlikely chance you have powdered milk somewhere in your kitchen, you can also rehydrate the powder into evaporated milk — that's not even really a substitute. Simply add 60% of the amount of water called for to reconstitute the product into regular milk, and you'll be good to go. This is the closest alternative to using evaporated milk, but it also uses a less-common pantry ingredient so feel free to try out one of the more conventional swaps.