"Squid Game": Why you shouldn’t be too hard on translators 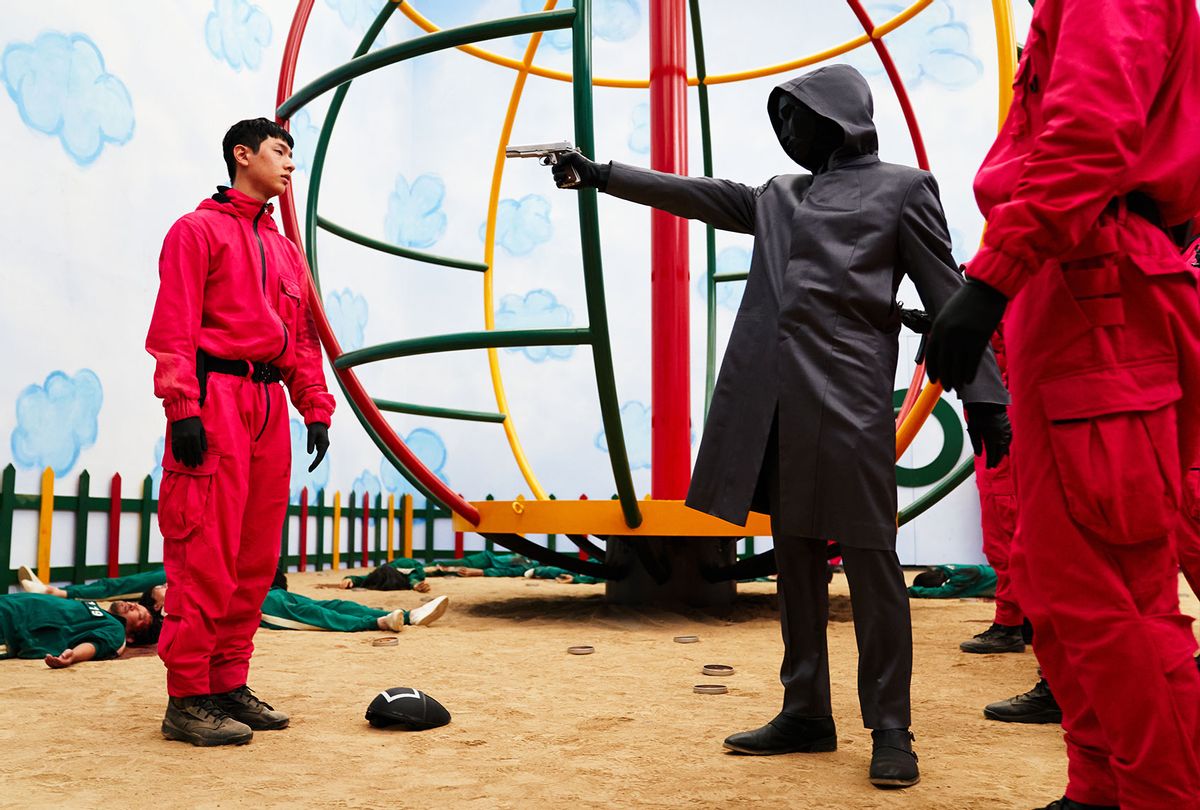 "Squid Game" has recently become Netflix's biggest debut ever, but the show has sparked controversy due to its English subtitles. This occurred after a Korean-speaking viewer took to Twitter and TikTok to criticise the subtitles for providing a "botched" translation, claiming: "If you don't understand Korean you didn't really watch the same show."

Only this year, "Squid Game," "Lupin," and "Money Heist" — all non-English originals — have consistently been at the top of Netflix's most-watched shows globally. This growing popularity of productions in languages other than English and streaming platforms investing more in them has led to an increase in the visibility of the work of translators.

When it comes to translating films and series, subtitling and dubbing are the most common forms of translation. Subtitles show the dialogue translated into text displayed at the bottom of the screen; while in dubbing, the original voices of the characters are replaced with voices in a new language.

Translation is not new to viewers, but the instant, almost frictionless access to different language versions of the same film or show definitely is. Streaming platforms allow viewers to swiftly change from watching a film with subtitles to listening to the dubbed version or the original. This creates an opportunity for viewers to compare the different versions.

Why do originals and translations differ?

Just because the translation doesn't say exactly the same as the original, it doesn't mean it's wrong. Films and TV series are packed with cultural references, wordplay and jokes that require changes and adaptation to make sure what's said and seen on screen makes sense across languages.

Making allowances and adapting what's said are common practices in translation because, otherwise, the translators would need to include detailed notes to explain cultural differences.

Consider the representations of washoku (traditional Japanese cuisine) which are so beautifully embedded in Studio Ghibli films. While additional explanations about the significance of harmony, kinship and care represented in the bowls of ramen in Ponyo or the soft steaming red bean buns in Spirited Away could be interesting, they might get in the way of a viewer who just wants to enjoy the production.

Professional translators analyse the source content, understand the context, and consider the needs of the variety of viewers who will be watching. They then look for translation solutions that create an immersive experience for viewers who cannot fully access the original. Translators, similarly to screenwriters and filmmakers, need to make sure they provide good, engaging storytelling; sometimes that implies compromises.

For instance, some original dialogue from season two of "Money Heist" uses the expression "somanta de hostias". Literally, "hostia" means host — as in the sacramental bread which is taken during communion at a church service. But it is also Spanish religious slang used as an expletive.

Literal translation: Alberto, if I get out the car, I'm going to give you such a hell (hostia) of a beating that you won't be able to stay on your feet.

Dubbed version: If I have to get out of the car, I'm gonna beat you so hard you don't know what day it is.

Subtitles: Alberto, if I get out of the car, I'll beat you senseless.

The dubbed version of the dialogue adopts the English expression "to beat someone". The subtitled version uses the same expression but offers a shorter sentence. The difference between the two renderings reflects the constraints of each form of translation.

In dubbing, if the lip movements don't match the sound, viewers often feel disconnected from the content. Equally, if subtitles are too wordy or poorly timed, viewers could become frustrated when reading them.

Dubbing needs to match the duration of the original dialogue, follow the same delivery to fit the gesticulations of the characters, and adjust to the lip movements of the actors on the screen. Subtitles, on the other hand, need to be read quickly to keep up with the pace of the film. We talk faster than we can read, so subtitles rarely include all the spoken words. The longer the subtitle, the longer the viewer will take to read it and the less time they will have to watch. According to Netflix policies, for example, subtitles can't have more than two lines and 42 characters, and shouldn't stay on the screen for longer than seven seconds.

Additionally, in the above example, the translations do not reflect the reference to religious slang, typical of Spanish culture. Rather than fixating on this reference and assuming it is an essential part of the dialogue, a good translator would consider what an English-speaking character would say in this context and find a suitable alternative that will sound natural and make sense to the viewer.

It is encouraging to see that some viewers are so devoted to the content they watch: foreign films and TV shows help promote cultural understanding and empathy. But not all viewers act in the same way and the solutions provided by the translators need to cater to everyone who decides to watch the show.

This leads to different viewing experiences, but it only reflects the reality of watching any culturally charged product, even in our own languages. In English, for instance, consider all the references and nuances that a British viewer could miss when watching an English-language film produced in South Africa, Jamaica or Pakistan.

The case of "Squid Game" has been instrumental in bringing discussions about translation to the fore. Of course there are good and bad translations, but the main gain here is the opportunity to debate what determines this. Through such discussions, viewers are becoming more aware of the role and complexities of translation.