Let's return to the horror subgenre that combines creepiness, humor and poingant longing 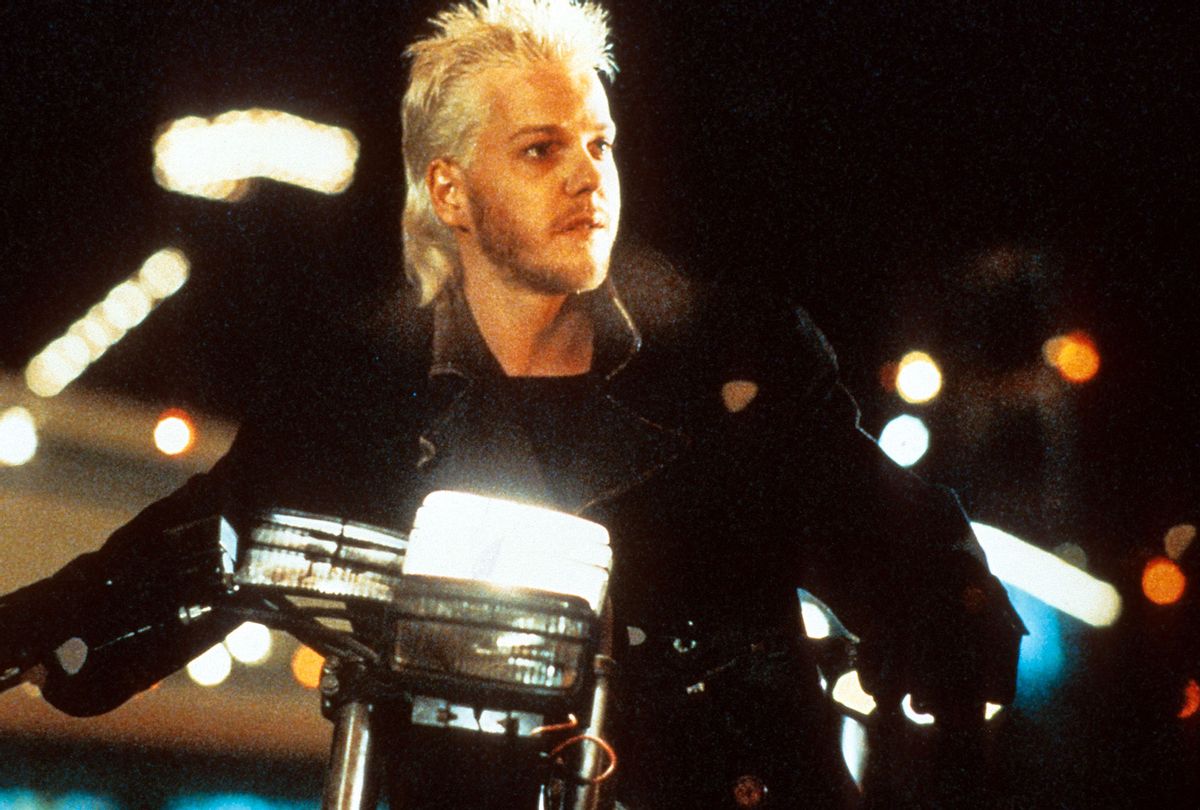 It's almost Halloween! Do you have your costume ready? If not, you really should start preparing, the big day will be here before you know it and everything will be sold out.

"Halloween Kills" is now streaming on Peacock and playing in theaters. It's a movie franchise that is one of the best slashers to date! But we're not focusing on slasher movies in this Halloween Countdown edition. We will let Michael Myers have his moment and instead focus on vampires!

There's a lot that can be done with vampires and as a result, they're a popular theme used in entertainment. What are your favorite vampire horror movies?

The symbolism around vampires is a mixed bag of sorts, but most of the time they just stand for sin or all things forbidden. My personal favorite thing about vampires is their history. There are rare "documented" cases that are usually the kind of wacky thing you'd see on "American Horror Story."

The best vampire horror movies to watch this Halloween

"The Lost Boys" is about a family of three who relocates to the fictional town of Santa Carla and runs into a vampire-motorcycle gang. Kind of violent, kind of sexy, kind of silly and kind of creepy, "The Lost Boys" has it all as well as a campy atmosphere brought on by serious characters in an otherwise farcical setting.

Based on the French novel "Thérèse Raquin" by Émile Zola, "Thirst" follows Sang-hyun (Song Kang-ho) a Catholic priest that volunteers himself as a test subject for the Emmanuel Virus. As his health quickly declines, he's given an unknown blood transfusion and becomes the only survivor of the 500 who took part in the study, but it comes with a price. The virus will return and kill him unless he keeps it at bay using human blood.

That's just the backdrop though, the story really starts once Sang-hyun returns home and falls in love with the wife of his childhood friend Kang-woo (Shin Ha-kyun). The wife, Tae-ju (Kim Ok-bin) lives an unhappy life caring for her dim-witted husband and finds an escape through Sang-hyun's passion.

A New Zealand horror-comedy written and directed by Jemaine Clement and Taika Waititi about three vampire roommates struggling to live in the 21st Century where killing your neighbor is frowned upon. The same way "Shaun of the Dead" put a humorous spin on a zombie apocalypse, "What We Do in the Shadows" just plainly makes fun of "vampire problems."

If you love it, watch the spinoff "What We Do in the Shadows" on FX (and Hulu).

A Swedish film about the darker side of humanity shown through the loneliness of a young child that displays the effects of extreme anxiety and social isolation, but also the unconditional love between two friendless individuals.

Oskar (Kåre Hedebrant) is an odd little boy with homicidal urges, too meek to stand up to the bullies at school, who seeks comfort in his new neighbor Eli (Lina Leandersson), an equally lonely little girl.

"Dracula" is about a young man named Jonathon Harker who has to save his fiance Mina from the Count when he desires for her to become his female companion. It's up to Harker and Professor Van Helsing to save her.

Widely considered an indomitable classic, it formed the modern vampire stereotypes we still use today and is one of the reasons the Universal Monster franchise exists. Although Lugosi didn't play the character again until 1948, "Dracula" was given two sequels, "Dracula's Daughter" and "Son of Dracula," and had multiple cameos in several other Universal Monster movies; 1944's "House of Frankenstein," 1945's "House of Dracula" and 1948's comedy "Abbott and Costello Meet Frankenstein."