Whether you want to mimic ACV's fruitiness, sweetness or sharpness, we've got a solution 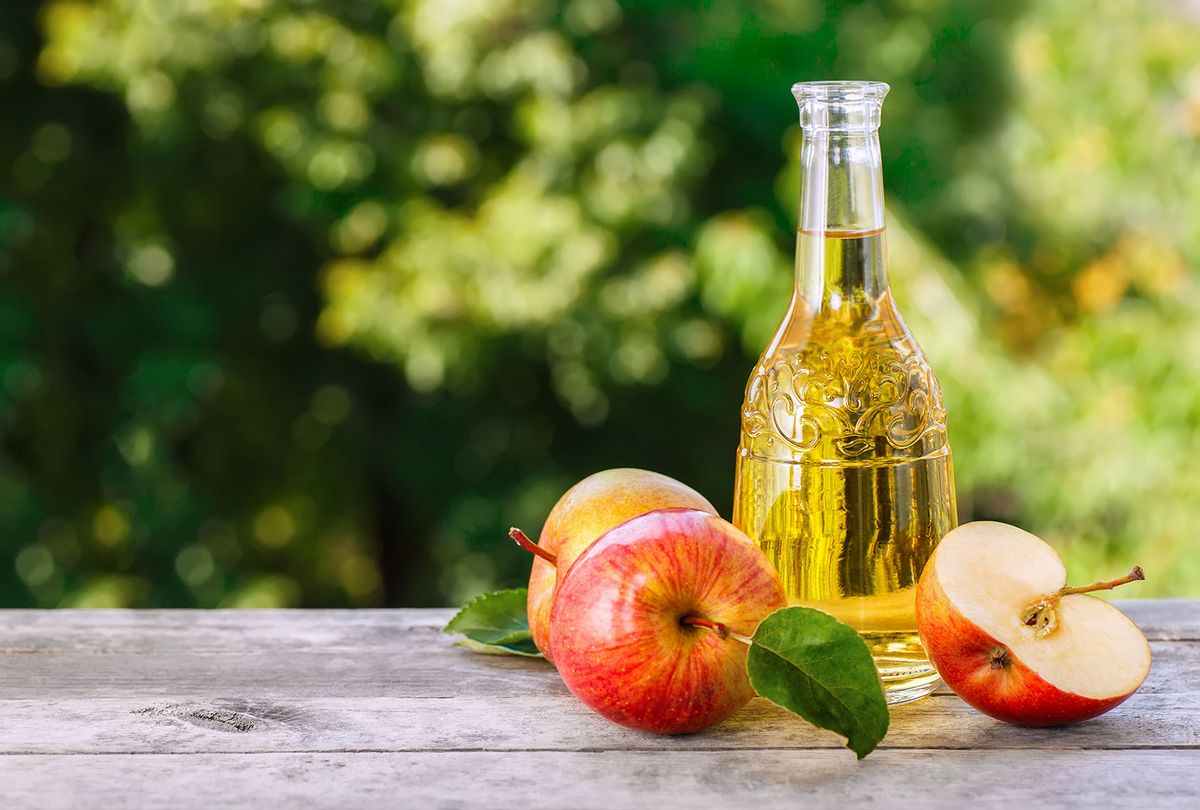 As a medium-sharp vinegar, apple cider vinegar is easygoing when it comes to being substituted. It is almost always a quick 1:1 replacement. You may not find its exact fruity, acidic pitch in these substitutes, but you'll make a vinegar chicken, or salad dressing, or cheesy chickpea omelet here that lets the show go on. Call it an understudy, dinner edition.

For fruitiness: Lemon or lime juice

To replicate ACV's fruity acidity, look for acid that comes from… other fruits. Lemon is mildest here, and therefore more versatile. It has a similarly low pH too. Half a lemon makes about 1 tablespoon, so if your recipe calls for 1 tablespoon of apple cider vinegar, replace it with 1 tablespoon of lemon juice / the juice of half a lemon. Ditto for lime, though keep in mind lime does have a more distinct flavour. Not a bad thing, as the Caesar's dressing I made with lime juice yesterday proved.

The mildest of the vinegars, rice vinegar can be used as a 1:1 replacement. It's sweeter and less sharp (think of the mild tang of sushi rice), so use it when you're OK sacrificing a bit of sharpness, i.e. cooked dishes rather than salad dressings. I personally use rice vinegar as a fallback any time a dish asks for an acid that I don't have, because a huge bottle of it is always on standby for when I cook Chinese or Japanese food and I know it will provide just enough bite to balance out any dish.

For folks who don't keep alcohol in the house, apple cider vinegar comes in handy as a white wine substitute; and it works just as well vice versa. The reason white wine tends to be an even better ACV substitute than white wine vinegar is because white wine is lighter and less assertive. White wine vinegar still makes a good 1:1 substitute in a pinch though, but just expect more acidic punch than sweetness. (Did we mention you should always taste as you go?)

If you like the taste of red wine vinegar, then you can use it as an ACV substitute too; but that does change the flavor profile even more distinctly than white wine or white wine vinegar. Ditto for sherry vinegar, or even malt vinegar, which is made from barley (AKA future beer). If you don't mind that shift, or want to get creative, go for it and report back in the comments. In the meantime, here are some recipes that include apple cider vinegar, which you can feel free to replace with the aforementioned subs.

Recipes with apple cider vinegar (or not!)