North Carolina Democrats walk out after Republicans swear-in Jan. 6 participant into the legislature 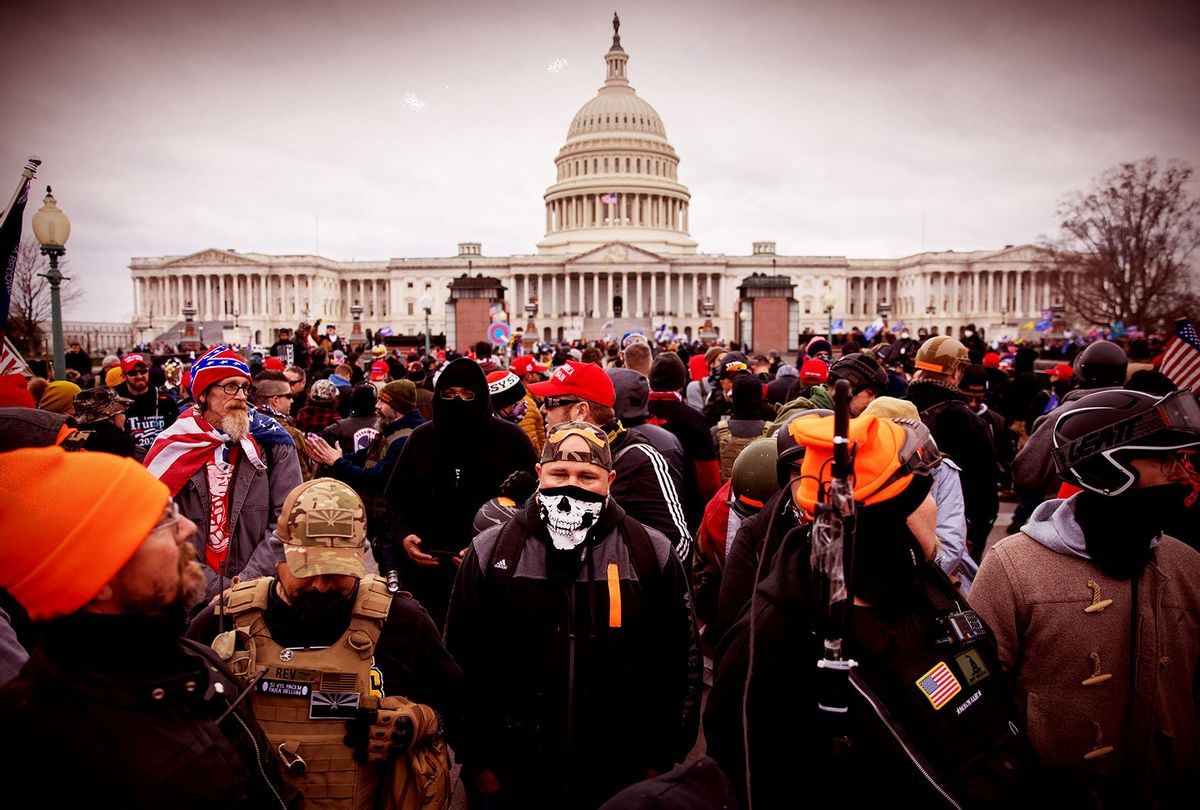 A majority of North Carolina House Democrats left Monday night's session just before Donnie Loftis, a Republican who participated in the the Jan. 6 "Stop the Steal" rally, was sworn in as the chamber's newest member.

Loftis, a 30 year-old veteran and former Gaston County commissioner, was selected by the Republican party to finish the term of Rep. Dana Bumgardner, who died while in office in October. Loftis' active participation in the insurrection has caused frustration and disappointment among the Democrats, according to reporting by WRAL.

"Today marks a new low for General Assembly Republicans, because instead of condemning those actions and rejecting the rhetoric that incites violence, they are welcoming a Capitol insurrection participant with open arms," wrote North Carolina Democratic Party Chair Bobbie Richardson in a statement.

In a series of social media posts that have since been deleted, Loftis detailed his experience at the Capitol.

According to the posts, Loftis was "gassed three times and was at the entrance when they breached the door." He claimed to have spoken to other service members who were present, and concluded that they "had no other choice."

"My Oath of Enlistment has the phrase 'both foreign and domestic,'" he wrote in a Facebook comment in January. "We didn't think it would actually be domestic."

When asked about his involvement in late October, however, Loftis said it was purely peaceful and that he was "surprised and disappointed" that others behaved inappropriately, reported WRAL.

"I had absolutely zero involvement in the rioting and categorically condemn the storming of our Capitol building that day," he said in the interview.

Following Monday's session, House Speaker Tim Moore, a Republican, commented that he has known Loftis for 20 years and that he is a "good man." He also noted that if Loftis had committed any crime during the riots, then the FBI surely would have found something and "we would have heard it by now."

Richardson, however, sees Moore's attitudes towards the riots and his endorsement of Loftis as a step in the wrong direction.

"Tim Moore has repeatedly dodged questions by reporters who want to know if he supports his members' actions on January 6th," she wrote in a statement. "The Republican Party hand-picked Loftis to join their ranks, further demonstrating how trending towards extremism is the future of the North Carolina Republican Party."

This is not the first time Loftis has stirred controversy. Last May, he resigned from the CaroMont Health Board – a position he held for eight years – following questioning by The Charlotte Observer over Facebook posts complaining about "tyrannical" stay-at-home and posting coronavirus conspiracies. Loftis told WRAL News that he resigned to avoid controversy. "I regret that CaroMont Health was disparaged," he said at the time. "I do not regret standing up and saying your personal freedoms are important."