These billionaires received taxpayer-funded stimulus checks during the pandemic 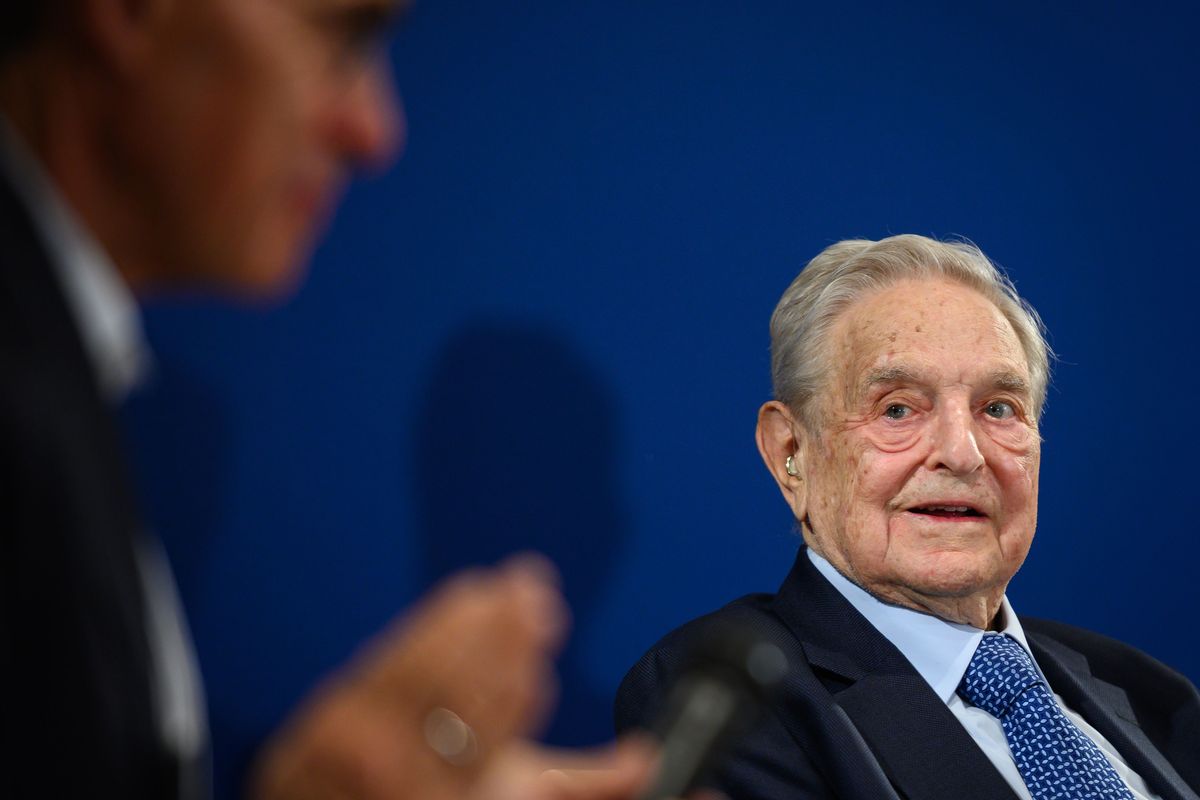 In March 2020, as the first wave of coronavirus infections all but shut down the U.S. economy, Congress responded with rare speed, passing a $2.2 trillion relief package called the CARES Act. The centerpiece of the law was an emergency payment to over 150 million American households that needed help.

Congress used a simple filter to determine who was eligible for assistance: The full $1,200 was limited to single taxpayers who'd reported $75,000 a year or less in income on their previous tax return. Married couples got $2,400 if they had reported less than $150,000 in income. Money was sent automatically to those who qualified.

Ira Rennert, worth $3.7 billion according to Forbes, did not appear to need the cash infusion offered by the CARES Act. After all, his 62,000-square-foot Hamptons home is one of the largest in the country, so he was unlikely to get cabin fever during lockdown, let alone have trouble buying food. Nevertheless, Rennert, who made his fortune as a corporate raider in the '80s and '90s, got a $2,400 check from the government.

George Soros, the prominent hedge fund manager and philanthropist who's worth $8.6 billion, didn't need the CARES cash, either. Neither did his son, Robert, himself worth hundreds of millions. But they, too, both got checks. (Both returned the checks, according to their representatives.)

ProPublica, using its trove of IRS records, identified at least 18 billionaires who received stimulus payments, which were funded by U.S. taxpayers, in the spring of 2020. Hundreds of other ultrawealthy taxpayers also got checks.

The wealthy taxpayers who received the stimulus checks got them because they came in under the government's income threshold. In fact, they reported way less taxable income than that — even hundreds of millions less — after they used business write-offs to wipe out their gains.

ProPublica found 270 taxpayers who collectively disclosed $5.7 billion in income, according to their previous tax return, but who were able to deploy deductions at such a massive scale that they qualified for stimulus checks. All listed negative net incomes on tax returns.

Consider two stimulus recipients with similarly huge incomes in 2018. Timothy Headington is an oil mogul, real estate developer and executive producer of such films as "Argo" and "World War Z," and he's worth $1.4 billion. He had $62 million in income in 2018, but after $342 million in write-offs, his final result was negative $280 million. The same was true of Rennert, whose $64 million in income that year was erased by $355 million in deductions, for a final total of negative $291 million.

Figures like these reveal a basic truth about the U.S. income tax system. Most people earn the overwhelming majority of their income via wages and take deductions where they can. But the income of the ultrawealthy as revealed on their taxes tells, at best, a partial story. As ProPublica reported earlier this year, the wealthiest taxpayers often have great flexibility in when and how they take taxable income, allowing them to pay a minuscule portion of their wealth growth in taxes. For the ultrawealthy, wages are to be avoided, carrying as they do the burden of not only income tax but also of payroll taxes.

Wages rarely made up a significant portion of income for the 270 wealthy stimulus check recipients identified by ProPublica. In total, only $82 million, or 1.4%, of the $5.7 billion in income taken in by the group came in the form of wages.

The ultrawealthy have other tax advantages. Many can tap a particularly generous vein of deductions: businesses they own. These can wipe out all of their income, even for years to come, unlike other deductions, like those for charitable giving. Certain industries, like real estate or oil and gas, are a well-known source of tax benefits that can generate paper losses even for a successful business.

The amount of stimulus aid that went to ultrawealthy taxpayers was a negligible piece of the trillions spent via the CARES Act. But the fact that billionaires were able to qualify shows that when legislators rely on income tax returns to determine eligibility for aid, there can be surprising results. Asked what he thought about billionaires receiving stimulus checks, Senate Finance Committee chair Ron Wyden, D-Ore., responded, "The tax code is simply not equipped to tax billionaires fairly, or even ensure they pay anything at all."

ProPublica reached out to every stimulus-check recipient mentioned in this article. Rennert and Headington did not respond to requests for comment. A spokesman for George Soros, who has advocated for higher taxes for the wealthy, said, "George returned his stimulus check. He certainly didn't request one!" Robert Soros did the same, a spokesperson said. (The Soros-funded Open Society Foundations have donated to ProPublica.)

Billionaires often reap sizable tax deductions from owning sports teams, as a ProPublica story this year detailed. A number of sports team owners were among the recipients of stimulus payments. Terrence Pegula, who is worth $5.7 billion and owns both the NFL's Buffalo Bills and the NHL's Buffalo Sabres, was one. Also getting a check was Glen Taylor, worth $2.8 billion, who earlier this year struck a deal to sell Minnesota's NBA and WNBA teams for $1.5 billion. Pegula and Taylor did not respond to requests for comment.

Some taxpayers had enough in deductions to wipe out even hundreds of millions in income. Robert Dart is a scion of the Dart family, which owns Dart Container Corp., the maker of the iconic red Solo cup. In 2018, he reported income exceeding $300 million, but deductions left him with a final result of negative $39 million.

Dart and his brother renounced their U.S. citizenship decades ago to take advantage of a then-existing tax break available for expatriates. Dart filed his U.S. tax return from an address in the Cayman Islands, but got a stimulus payment just the same. (The IRS declined to comment.)

Some of the ultrawealthy have received government benefits on more than one occasion. Take Joseph DiMenna, a partner in Zweig-DiMenna, a pioneering hedge fund. An art collector and polo aficionado, he owns a club that holds charity polo matches for anti-poverty causes. In 2017, he received a special payout from his fund of $1.1 billion. But in 2018, without such a massive payout, business deductions swung his income back to where it had been in the years before his big payday: less than $0. That entitled him to a stimulus check. In both 2015 and 2016, DiMenna's negative income also entitled him to $2,000 in refundable child tax credits, meant to support middle-class families with child care expenses. DiMenna did not respond to a request seeking comment.

Others among the superrich also received stimulus payments the last time Congress offered them when millions of Americans were struggling. The 2009 American Recovery and Reinvestment Act offered a $400 tax credit for individuals and $800 for married couples. It was called "Making Work Pay."

The same year he received his stimulus check, Preston's company successfully lobbied to win a tax break for the nursing home industry. Preston did not respond to a request for comment.

Taylor, the Minnesota Timberwolves owner, is another two-time stimulus recipient, in 2009 and again in 2020. So was Woodley Hunt, the senior chairman of Hunt Companies, a family-owned firm that is one of the country's largest owners of multifamily properties. Hunt did not respond to a request seeking comment.

For former Lehman Brothers CEO Richard Fuld, a big salary was a key part of the $400 million he earned in the five years before the firm's historic collapse in 2008. But in recent years, he's been running a company called Matrix Investment Partners that he set up to invest his own money. The tax losses generated by that company were one reason he got a stimulus check. Reached by phone and asked whether he wanted to comment, Fuld said, "I'm not interested. Thank you."

Another CARES Act beneficiary was Erik Prince, who, before deductions, had $5.3 million in income in 2018. Prince founded Blackwater, a private military company that received hundreds of millions in government contracts. He has denounced excess government spending, saying we are being "bled dry by debt." Prince didn't respond to a request for comment.

A proposal in the Democrats' (once $3.5 trillion, now under $2 trillion) Build Back Better legislation, currently the subject of fevered negotiations, would curb the ability of wealthy taxpayers to report negative income. It would do so by restricting the ability to use business losses to wipe out other types of income, like capital gains or dividends. Instead, business deductions would only offset business income.

The idea, which builds on a provision of the 2017 Trump tax bill, is one of the few tax provisions to have survived the recent negotiations — at least, for now. First proposed by House Democrats in September, it was then projected to produce $167 billion in revenue over the next 10 years. The provision was also included in a version of the legislation released on Oct. 28.

Not included in last week's draft was a provision that would have directly affected the ability of billionaires to manipulate their incomes. A number of the billionaires who received stimulus checks were able to report negative incomes to the IRS despite getting richer. A "billionaire income tax" proposed by Wyden, would tax increases in wealth. Under the current system, gains are taxed only when they are "realized," such as when someone sells stock.