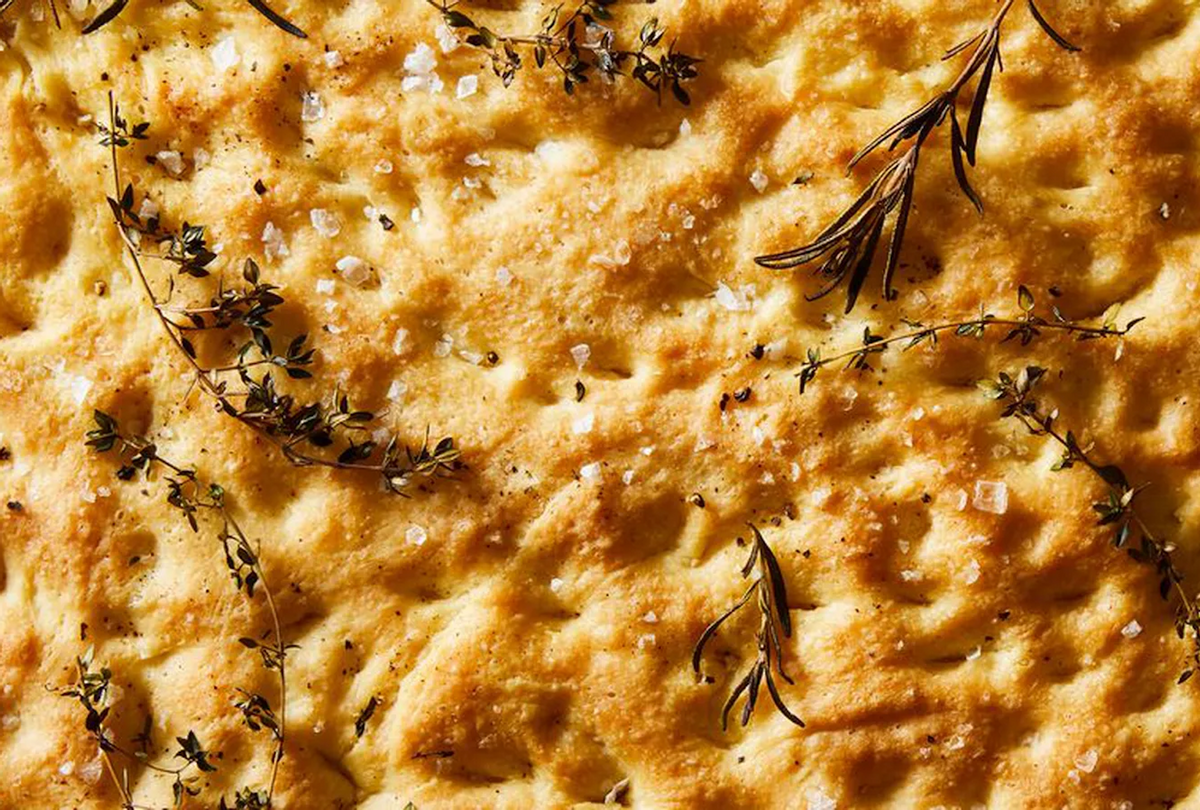 According to our Absolute Best Tests columnist, Ella Quittner, there are 11 ways to make mashed potatoes (I won't spoil which method she crowned champion).

But with all those buttery, fluffy mashed potatoes come leftovers — and during the winter months especially, lots of leftovers.

What to do with that stash of refrigerated mashed potatoes? Instead of letting them languish in an old food storage container until they become dry and unsalvageable (which I'll never forgive myself for doing one year after Thanksgiving) . . . cook with them! That's right. Leftover mashed potatoes make a great addition to many a recipe, and in fact, there are plenty of dishes that call for them specifically.

With the holiday season right around the corner, here are 26 recipes that creatively (and most important, deliciously) use leftover mashed potatoes — from the fluffiest focaccia recipe you'll probably ever make to a rich chocolate cake (seriously) with silky glaze.

According to our co-founder, Merrill Stubbs, these crispy-cheesy mashed potato cakes are the absolute best way (behind shepherd's pie, of course) to give leftover mashed potatoes new life.

It's in the name: This light, fluffy flatbread scented with rosemary requires one cup of leftover mashed potatoes, with or without the skin.

Mashed potatoes in your dessert? Heck yes. A few dollops of plain (as in, unsalted) leftover mashed potatoes give this cake its tender, dreamy texture. And trust us, no one will guess the secret ingredient — unless you give it away!

This new riff on a traditional Swedish recipe (which was originally developed in the 1800s to cut back on flour use) calls on not-savory (meaning, no garlic, chive, or extra salty flavoring) mashed potatoes for an almondy cake drizzled in tangy jam or whipped cream.

Meet your new favorite focaccia. With just a few simple ingredients (including, yes, one cup of next-day mashed potatoes), this easy focaccia is somehow as soft as a pillow and packed with flavor.

You'll see more than a few ways to work leftover mashed potatoes into crispy, savory cakes here, but this warmly spiced version with cumin, coriander, and turmeric is one of the most versatile: Serve them warm with yogurt sauce (like raita or tzatziki), fried eggs, or chutney — the sky's the limit.

This hearty (yet totally vegan!) lentil shepherd's pie calls on freshly mashed potatoes, but you can easily liven up your leftovers with warmed-up non-dairy milk and mix them in.

Since potato gnocchi typically calls for boiled-then-riced potatoes, flour, and perhaps egg yolks, it makes sense that you could utilize your leftover mash for gnocchi in a fix, right? Right.

Keep these sweet potato and chickpea cakes in your back pocket during the holiday season, when marshmallow-topped casserole season is in full swing.

Swap in leftover mashed potatoes for a freshly whipped version in this cheesy, buttery potato casserole that makes enough to feed four very hungry people, or six with a soup or salad on the side.

With over 90 reviews, our community can't seem to stop talking about these lightly tangy sour cream dinner rolls, which get some of their structure from leftover mashed potatoes.

If you wake up the morning after Thanksgiving with a stash of leftover mashed potatoes in the fridge (which is highly likely), fry up these potato scallion cakes with a fried egg or two on the side.

From the minds of Melissa Hamilton and Christopher Hirsheimer, this turkey and potato soup recipe is one of the most inventive ways to use up Thanksgiving leftovers, included that stockpile of mashed potatoes.

If you're lucky enough to find salted cod and have leftover mashed potatoes in the fridge at the same time, you have a moral imperative to make these snack-etizer-worthy (snack for when you're alone, appetizer for when you're hosting company) croquettes.

Take it from one reviewer: "THIS WAS AMAZING. Absolutely amazing. This will DEFINITELY be a repeat at our place. Hubs said it was an 8 on the ol' one to ten scale." Yeah, we'll take an eight.

Another creatively delicious solution for that horde of Thanksgiving leftovers: make these golden pull-apart rolls stuffed with everything from leftover mashed potato and cubed turkey to hunks of stuffing and candied sweet potatoes.

Making these toothsome pierogis is as simple as it is impressive: Simply fold sautéed mushrooms and caramelized onions into soft mashed potatoes and tuck the filling into a yogurt-based dough.

When it comes to Thanksgiving leftovers, we're taking a cue from longtime Food52er fiveandspice: "If you have a large amount of leftovers that you need to put a dent in, why not start with breakfast?"

Another wonderfully carb-y use for leftover mashed potatoes comes in the form of this moist, brightly flavored Irish soda bread studded with diced celery and scallions.

Traditional among Cape Malay families in the Western Cape, these spice syrup-infused, coconut-dusted doughnuts use mashed potatoes, which many believe are the secret to their bouncy softness.

This recipe is a beautiful use of everything bagel seasoning, and a great way to use leftover mashed potatoes to make crisp, tender, ultra-comforting potato onion knishes (especially if your mashed potato recipe calls for cream cheese). Add the onion, leek and Parmesan mixture to the leftover potatoes and stir well to combine before filling the dough.

This riff on traditional Irish colcannon featuring meaty pancetta is perfect for using up leftover mashed potatoes of any kind, savory or sweet. It makes a hearty, satisfying bed for eggs the next morning (or two), and you can easily omit the pancetta for a vegetarian-friendly side dish that just might steal the show.

If you're doing lots of holiday cooking and hosting guests, there's more than a chance you've got bacon in your fridge or freezer. Whip up this simple, rib-sticking soup that's a phenomenal use of flavor-packed turkey stock, and add a little smoky heft and richness-cutting acid with an easy bacon vinaigrette.

Japanese potato salad may not resemble the potluck and picnic staple we're familiar with, but it's well-worth making this tangy, vinegar-spiked potato salad-mash hybrid for a range of delicious reasons. When using leftover mashed potatoes to make it, use a little less Kewpie mayo (since you've already added "creamy" ingredients) and omit the extra salt.

For the simplest solution, any leftover mashed potatoes can gain a new life in the frying pan. Combine the potatoes with an egg, some breadcrumbs, and whichever spices and seasonings you like. Try seasonally inspired combinations like cranberry sauce and minced sage, shredded cheddar and paprika, and garlic and chives.