7 puns that make sense in more than one language

These linguistic jokes are commonly seen within various Romance languages 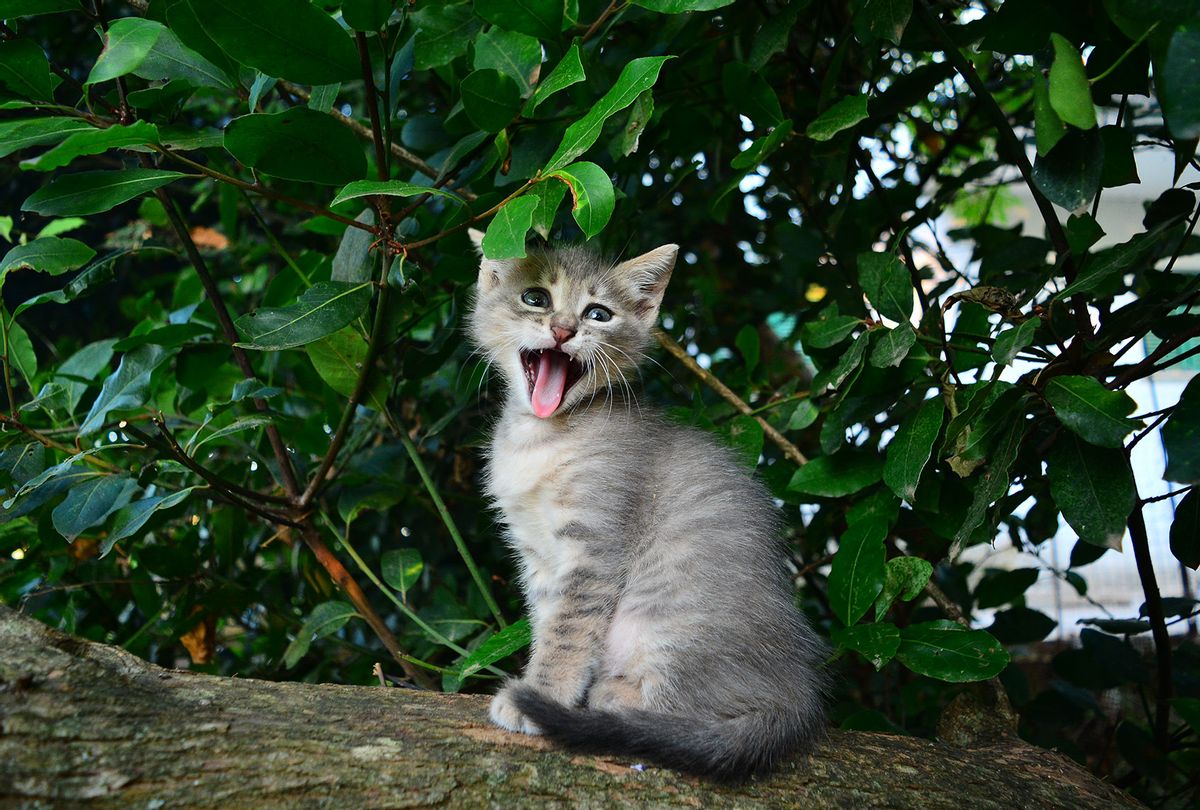 Puns tend to make some people groan while thoroughly delighting others. For anyone in the latter camp, little could be more amusing than a pun or joke that delivers laughs beyond a standard play on words. Bilingual jokes and puns that somehow, through comedy and linguistic magic, work in two languages, or contain multiple languages as a part of the joke, are the crown jewels of any (jo)kingdom (see what we did there?). Check out these punderful jokes that involve at least two different languages [PDF].

In the Netherlands, English-speakers should be sure not to yell "Hi!" when swimming in the ocean. Let this Dutch and English joke be a lesson to us all:

"Two fish are swimming in the sea, one is from Holland, the other is from England. The English fish sees the Dutch fish, waves his fin, and says, 'Hi!' The Dutch fish panics and says, 'Where?! Where?!'"

In Dutch, the word haai (which sounds like "hi") means "shark."

Anyone who appreciates a good joke would also surely consider Pig Latin a legitimate language, right? In this joke about a teacher and student, you get English, Pig Latin, and French.

"A student was working on her English paper, but gave up as she was finishing the assignment and simply wrote 'Isthay Orystay Inkstay' at the end of the paper. As a comment, the teacher wrote 'Outré!'"

Of course, the Pig Latin portion of this story translates to "This story stinks." The teacher's clever response not only means "outrage" in French, but also sounds like "true," as it would be said in Pig Latin.

Speakers of Greek and English with a penchant for the Classics will enjoy this short joke about a Greek dramatist who ripped his pants.

This fun little pun about breakfast will make both French and English speakers chuckle:

"Why do French people prefer to have small breakfasts? Because one egg is un oeuf!"

Un oeuf means "one egg" in French, and it is pronounced very similarly to "enough" in English. This joke is even cuter when you consider that French breakfasts do tend to be on the small side.

If you're bilingual in English and Spanish, this joke about a Spanish-speaker trying to buy calcetines (socks) will induce giggles (and probably also some eye-rolling).

"A Spanish man went into a clothing store where the salesperson only spoke English. Walking up to the nearest sales clerk, the man said, 'Quiero calcetines, por favor.' The clerk shook his head and said, 'I don't speak Spanish.' The sales clerk and the man walked around the store, the clerk pointing at jackets, sweaters, pants, and shoes, hoping to find what the Spanish man needed. Finally, the clerk pointed at a table of socks, and the Spanish man exclaimed, 'Eso, si que es!' Wide-eyed, the sales clerk said, 'If you could spell it, why didn't you say so before!'"

In Spanish, Eso, si que es basically translates as "That's what it is!" But it also sounds like a person spelling out s-o-c-k-s.

6. The impact of gas

Anyone who speaks English and Swedish will get this joke right away, but if you only speak English, keep in mind that in Swedish, fart means "speed," and smäll (pronounced like "smell") translates to something like "impact":

"It's not the fart that kills, it's the smäll."

This is perhaps the queen of all multilingual puns. Magically, it works in at least five different languages: English, Spanish, Portuguese, Italian, and French. The joke is about a cat who dies (sorry, kitties!), and goes to…

English: "Where do cats go when they die? To purrrgatory."

While in English and French, the joke plays off of the purring sound cats are known for, in the other languages, it can play off of both that and that language's word for cat (in italics above; though the French word purgatoire is funnier when slightly mispronounced with chat, the word for "cat," inserted). When a pun can work in multiple languages at multiple levels? That really is the cat's meow.