Star power: More celebrities are lining up to run for office after Trump showed they can win

Howard Stern and Dr. Oz have no political experience. Does it even matter? 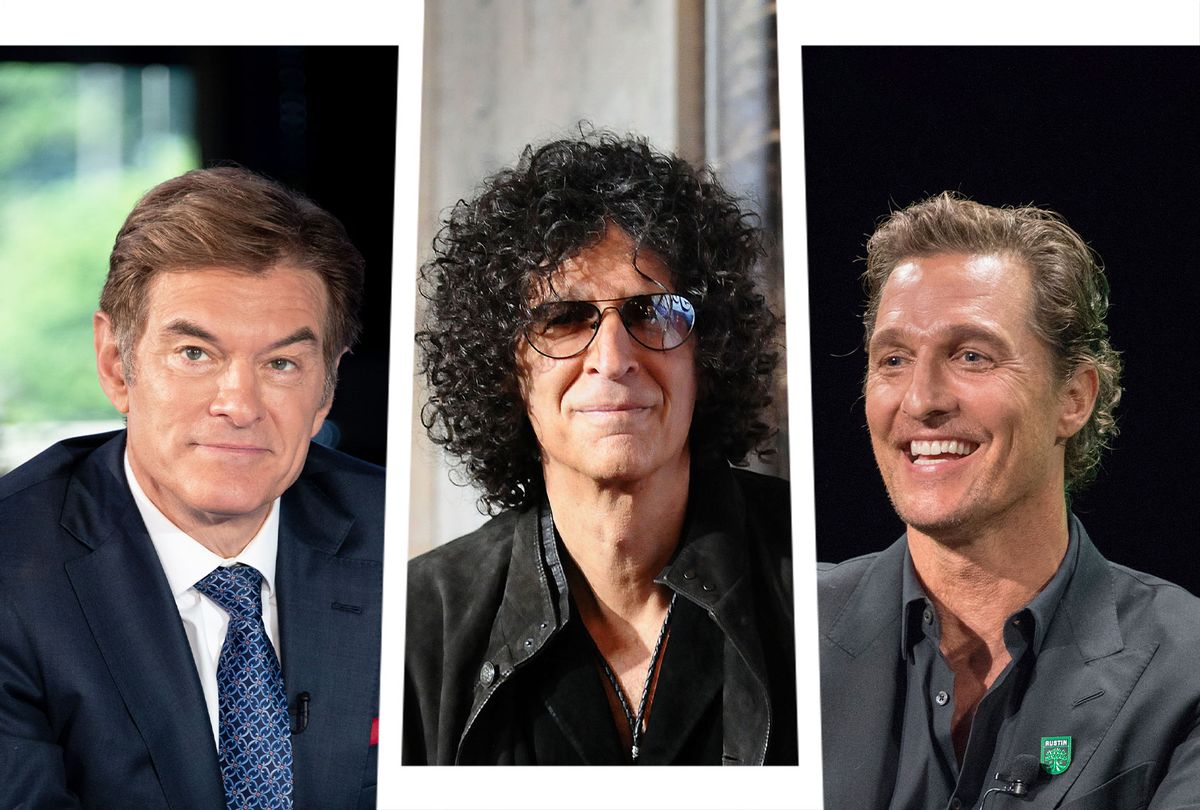 More Hollywood celebrities with no political pedigrees are floating their names as potential state and federal candidates, with former President Donald Trump having single-handedly obliterated what was once an expectation for candidates to have political experience before running for higher office.

On Wednesday, radio icon Howard Stern, known for hosting Sirius XM's "The Howard Stern Show," suggested in a broadcast that it was his "civic duty" to run for president in 2024 if Trump does.

"If Trump decides to run again, you have to run against him," said Robin Quivers, Stern's co-host.

"I know. I'll beat his ass," Stern responded, claiming that he'd play the audio tape of Trump asking Georgia's secretary of state to "find" enough votes to overturn the election.

"I would just sit there and play that fucking clip of him trying to fix the election over and over again," the radio host added.

In January, Stern, a member of the Libertarian Party, said that he wouldn't have enough energy to run for president considering his age, 67.

"It's going to create some heavy lifting," he said at the time, according to The New York Daily News. "At this point in my life, I'm too tired to do that kind of heavy lifting. We need some young energetic people who care about their country."

Back in 1994, Stern cast a bid for New York governor against Democrat Mario Cuomo, but withdrew several months into his campaign.

Another aspiring celebrity-turned-politician is TV host Dr. Mehmet Oz, who, according to a Tuesday report by The Washington Free Beacon, has begun hiring staff and reaching out to campaign allies for a U.S. Senate bid in Pennsylvania.

Oz, a cardiothoracic surgeon and onetime informal Trump COVID-19 adviser who has used his show to promote a number of unproven treatments over the years, is apparently a registered New Jersey voter but has "deep ties" to Pennsylvania — referring to his time at the University of Pennsylvania to study both medicine and business.

"Since last year, Dr. Oz has lived and voted in Pennsylvania where he attended school and has deep family ties," an Oz spokesman told the Free Beacon. "Dr. Oz has received encouragement to run for the U.S. Senate, but is currently focused on our show and has no announcement at this time."

Last year, toward the beginning of the pandemic, Oz said in a Fox News interview that school re-openings "may only cost us 2 to 3 percent in terms of total mortality" – a "trade-off some folks would consider." He has also promoted the use of hydroxychloroquine – at one point a "miracle drug" promoted by Trump – to treat COVID-19. According to a 2014 study first reported by The Washington Post, roughly half of Oz's medical advice is either "baseless or wrong."

Meanwhile, in Texas, Academy Award winner Matthew McConaughey has floated the idea of a potential gubernatorial campaign, first announced back in March of this year. McConaughey told reporters on multiple occasions that he's interested in running, despite his lack of political experience. According to Forbes, the actor has reportedly not voted since 2012 and has no political donation records.

RELATED: Matthew McConaughey is flirting with a run for governor. But his politics remain a mystery