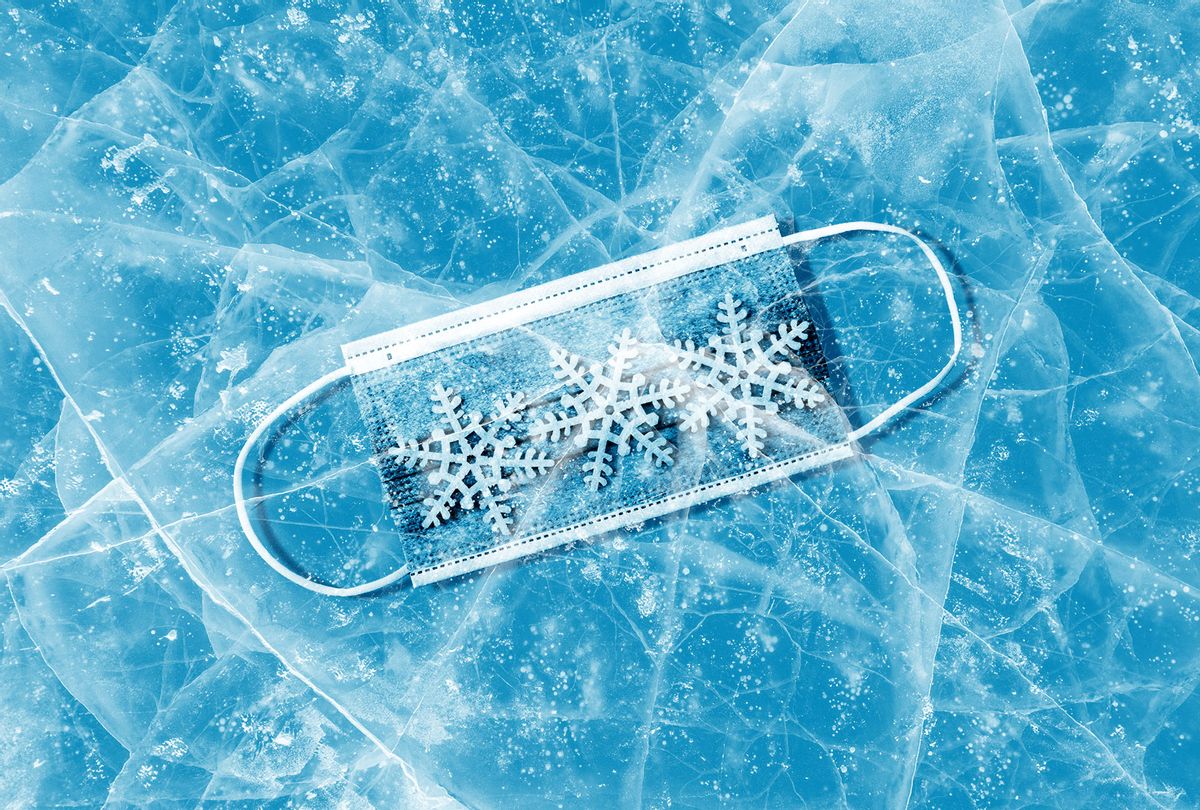 Last year, cooler temperatures ushered in one of the deadliest COVID-19 surges that many US states had ever seen. Many cities and countries had to reinstate shelter-in-place orders to slow the spread as the country reached a grim milestone of nearly 5,000 deaths per day last winter. This was, of course, before vaccines were widely available.

While the country is better prepared this year to weather another winter during the pandemic, cases are slowly rising again, especially in undervaccinated areas. That raises the question: is there something about the cold that makes COVID-19 thrive? After all, it is well known that rates of transmission of other respiratory viruses, including influenza, tend to rise during winter months.

Indeed, experts say that the connection is palpable.

"Colder temperatures likely increase the transmission of SARS-CoV-2 in a few ways," Dr. Amesh Adalja, a senior scholar at the Johns Hopkins Center, told Salon. "The colder temperature may impact the ability of the nose to clear the virus — the tiny hairs may not trap viral particles as efficiently in lower temperatures."

Adalja added that colder temperatures are also associated with less humidity that can "enhance the efficiency of transmission."

Multiple researchers have investigated the connection between COVID-19 transmission and the weather. Relative humidity, which is a term for how much water vapor is actually in the air, appears to be a contributing factor. In the winter, relative humidity is often low — below 40 to 60 percent, which can affect COVID-19 transmission, because it becomes more difficult for the body to essentially filter the virus.

The lungs rely on a collective effort to catch virus particles before they plummet into the body's depths: sticky mucous in the respiratory tract and hair-like cilia on the lungs are designed as traps to stop invaders. Yet this process can be thwarted by dry air, because there's not as much mucous available to catch the virus.

In one study published in the journal Clinical Infectious Diseases, researchers at Mount Auburn Hospital found that the rate of COVID-19 cases appeared to decrease as temperatures rose — though the decline stopped at 52°F. When temperatures exceeded 52°F, the decline in COVID-19 cases didn't seem to be significant enough to determine that a rise in temperature makes a difference in coronavirus transmission. The study analyzed past data sourced from the National Centers for Environmental Information.

Similarly, a separate in vitro study found that SARS-CoV-2 appeared to survive for a shorter duration in higher temperatures.

"SARS-CoV-2 does last longer in colder temperatures in the environment, but that doesn't really matter," said Dr. John Volckens, a professor in the Colorado School of Public Health at Colorado State University. "In warm [...] low humidity environments — that's like 50% humidity — the virus can last like an hour in the air."

Volckens added: "If you make it cold, like super cold, like 10 degrees Celsius or just around freezing and high humidity, it can last five or 10 hours, but both of those are still way longer than it would take to get you infected."

Indeed, it is believed that 15 minutes of close exposure to a person with COVID-19 can lead to infection.

Volckens emphasized that there is one big reason that colder temperatures lead to higher transmission rates — because they bring people together, indoors.

"They drive together, they drive us to indoor spaces where it's warm, and so when it's cold, it's harder for us to maintain physical distance because we're all packed together in warm environments," Volckens said. "And so the reason cold temperatures affect transmission is that cold temperatures drive us to be close together, and the closer we are together the higher chance for us to have a close contact, breathing in someone else's rebreathed air, when we are in a closed space."

Volckens said that doesn't mean this winter will be as deadly as the last. The possibility of another really deadly surge now depends on the location's vaccination rates, and overall behavior of the communities.

"I think there's just many factors that go into that, vaccination is a huge one, whether or not people are masking, whether there are masks mandates, whether there are proof of vaccination mandates for being in public spaces, that's varied," Volckens said. "I don't think you can say, yes, everywhere COVID-19 cases are going to go up this winter because there's just a lot of different behaviors, mandates and public health practices that are playing out across the country.