I needed IVF to have a baby. The military told me no

Only the public, through Congress, can change this policy 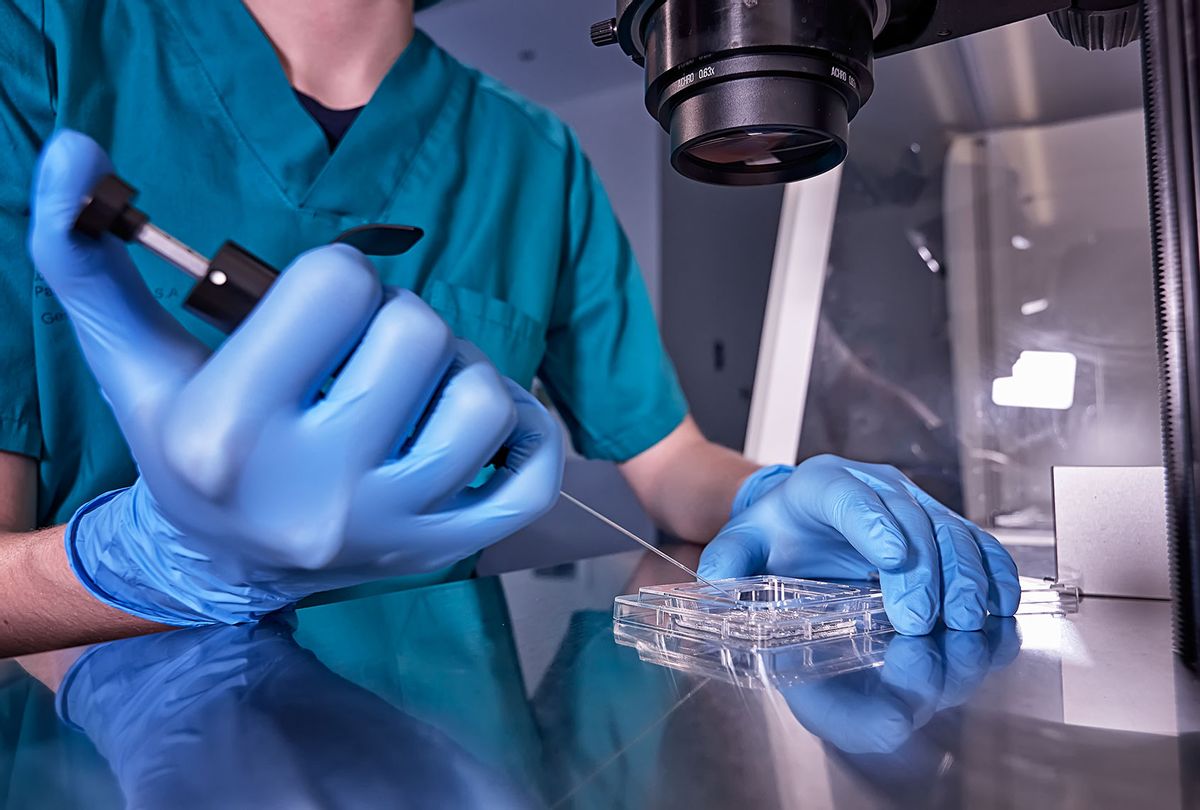 When my husband was on his first deployment, our first pregnancy ended in stillbirth. I called him on a fuzzy static line with a strange echo in the background and told him our very wanted baby-boy-to-be didn't have a heartbeat anymore. My pregnancy was the latest in an unexplained pattern of five generations of male fetal deaths in my maternal lineage.

While I was in labor alone, my doctors agreed the best course of action for a healthy baby was to do in vitro fertilization and preimplantation genetic testing to have a girl. When my husband returned from deployment a few months later, we began a different process of building a family with a reproductive endocrinologist and the assistance of advanced reproductive technology. We called Tricare, the military health insurance company, to figure out which covered medical treatments would be necessary to avoid another male stillborn.

The answer was swift and definitive. On the phone with Tricare, we were served a blanket "no" to any reproductive treatment coverage, based on a Congressionally-set policy: "Tricare doesn't cover non-coital reproductive procedures, services or supplies, including in vitro fertilization." We were on our own to finance our treatments. As an active duty military family, our family-building journey would not be covered by my husband's health insurance.

The journey would be painful, expensive, and emotionally exhausting. There were more deployments and training trips, more disappointment, and almost a hundred doctor's visits. Each visit required an out-of-pocket expense, whether paying for parking in a garage or simply taking time off work. It felt like we were fighting a Sisyphean battle against an empty chorus of "Support The Troops" hashtags and bumper stickers.

Soon we learned we were not the only ones in uniform fighting quiet battles to have babies. The general population numbers of infertility are discouraging. Studies suggest that 12-15% of couples struggle with infertility, unable to conceive within a year of trying. Birth rates are declining. Military service members face additional challenges: chemical exposures, environmental hazards, chronic stress, challenging sleep patterns and, of course, physical separation from one's partner. Relative to the general population, the need for family building support among active duty troops is high.

RELATED: She was struggling with infertility. Her best friend was pregnant. Would their friendship survive?

My infertility experience, and that of many other military families, is not merely sad and frustrating for us. It is also an American military readiness and retention issue. Seamus Daniels, associate director for Defense Budget Analysis at the Center for Strategic and International Studies, noted in his recent analysis of military personnel costs that "retention is especially important for the military because it has few programs that allow it to hire mid-career professionals into the ranks — what is known as lateral entry." That has important demographic consequences. According to the most recent public data, 81.6 percent of active duty service members are 35 or younger, an age at which family planning and building is common. If we want to retain this talent, and have that talent ready to deploy, we need the resources to plan our families and address the challenges that come with family building and military life.

Reducing infertility rates also benefits recruiting. The U.S. military has been an all-volunteer force since 1973. Ending the draft was seen as a way to correct the virulent anti-military feelings from the Vietnam War, but military leaders were initially skeptical of being able to maintain a strong standing force without the draft. We haven't needed to reconsider this professionalized military system. One recruiting pipeline has consistently filled some of our hardest and most important jobs during the interceding generations: new military members mostly come from military families.

The New York Times reported in 2019 that 79 percent of U.S. Army recruits came from a military family, and 30 percent had a military parent. Including the other branches, approximately 70 percent of our currently serving troops come from military families. As a military spouse, I play an essential role in producing the next generation of Americans who will volunteer to serve in the armed forces. If families like mine are not able to have children ― whether due to frequent separations of military life or medical infertility ― we risk having a smaller pool of recruits in the future.

To have our very wanted children, my husband and I spent more than $100,000 in the private IVF market over three years. We were separated about 70 percent of that time. Both were big costs to our lives. One was paid directly to the American people. The other was paid by us, for medical treatments that a vast majority of our military peers could not afford.

In Congress, U.S. Senators Tammy Duckworth (D-IL) and Patty Murray (D-WA) introduced the Veteran Families Health Services Act to offer comprehensive fertility health care coverage for military families. Thanks to the benevolence of private sector partner WINFertility, my organization, the Military Family Building Coalition, is helping female active duty service members in the Naval Aviation community navigate and plan their family building sPo they don't have to choose between serving the country and having children. A managed fertility benefit can help the Navy recruit and retain talented aviators, and control the costs associated with having children so that our dollars go farther.

The choice between having a military career and having children only exists because military families don't have family building support as a matter of policy. Only the public, through Congress, can change this policy. Americans' lapel pins, bumper stickers and social media pages say they #supportthetroops. We love videos showing the surprise return of a deployed Mom or Dad to their child's school. We don't hear the less heartwarming stories ― the miscarriages; the seven-month gap in "trying" to have a baby; the female pilot who didn't get pregnant in the right window and has to decide between continuing to fly in the military, or getting out to pursue assisted reproduction treatment.

More from Salon on veterans and health care:

Ellen Gustafson is the co-founder (with Katy Bell Hendrickson) of the Military Family Building Coalition, the first organization created to support active duty military as they build their families and to advocate, in partnership with RESOLVE: The National Infertility Association, for a more patriotic approach to military fertility benefits. She is a military spouse and mother of three.