"We're going to be striking a blow for freedom,” the Florida Republican said 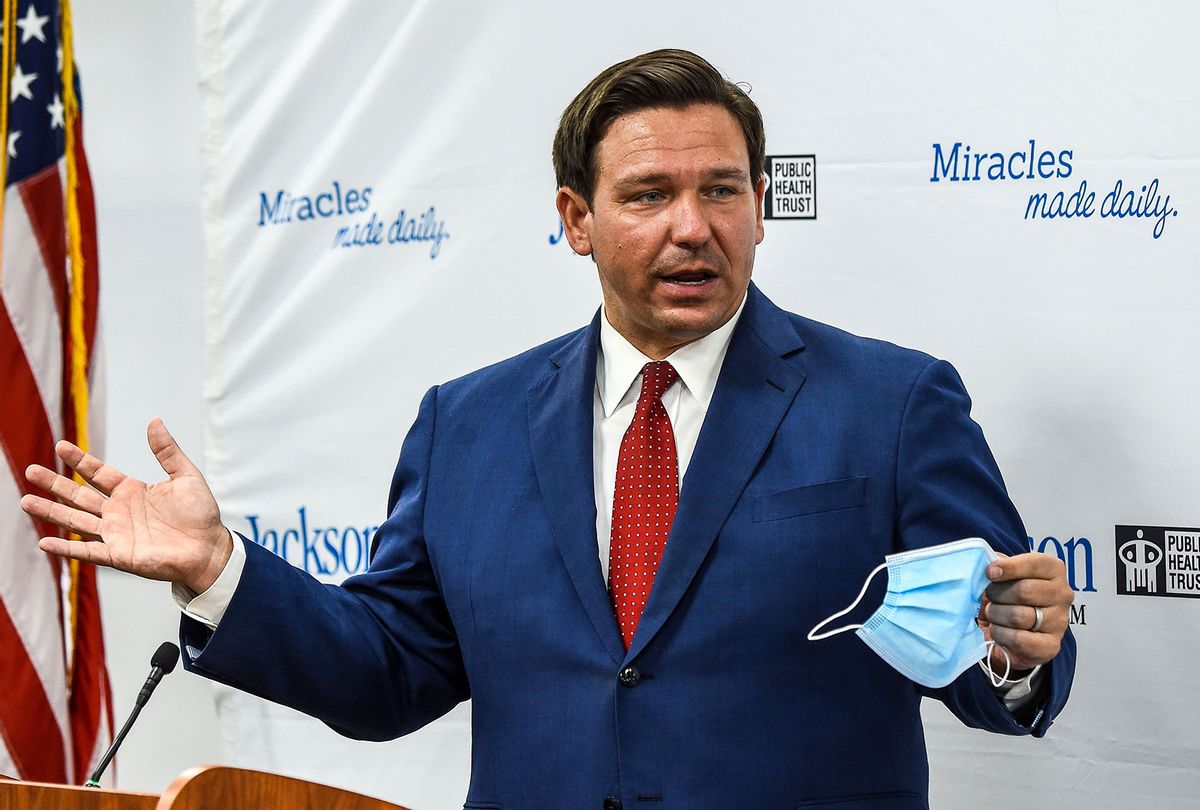 Florida Gov. Ron DeSantis, a Republican, called a special legislative session which commenced on Monday in a move aimed at blocking state efforts to institute vaccine mandates on businesses and government agencies.

If successful, Florida – already one of twenty-six states already suing the Biden administration over its federal vaccine mandate – would become the first state to impose fines on businesses and hospitals that follow in Biden's footsteps, according to CNN.

"We're going to be striking a blow for freedom," the Florida governor added.

According to The Washington Post, one of the measures in consideration would put Medicare- and Medicaid-certified workers in a double bind between Biden's federal vaccination mandate and a potential state rule barring one. In the private sector, the bills would not bar vaccinate mandates but allow workers to apply for religious or medical exemptions.

The session, the second of its kind this year, has been widely rebuked by state Democrats, who have accused the governor of using COVID-19 as a wedge issue to support his potential 2024 presidential bid.

Democratic Florida Rep. Michael Grieco said that DeSantis wants "to throw some red meat to the base and keep them happy," adding: "Decisions are being made based on politics, not based on the well-being and health and safety of Floridians."

Over the course of the pandemic, DeSantis has repeatedly thwarted Democratic attempts to impose common sense health precautions in the Sunshine State. In May, DeSantis approved a bill that restricted schools, businesses, and government agencies from requiring proof of vaccination. Later in July, as Florida was experiencing a record uptick in COVID cases, the Republican governor formally barred schools from enforcing mask mandates, even when children under twelve were not eligible for vaccination. Several school administrations defied the order and a state judge ultimately shot it down.

In September, DeSantis made physician Joseph Ladapo the state's new surgeon general. Ladapo, a staunch DeSantis supporter, has ties to a far-right group known for promoting unproven treatments to the virus and has repeatedly cast doubt over the efficacy of the vaccine, at one point saying that they'd "been treated almost like a religion. It's just senseless."

Since the start of the pandemic, Florida has seen about 3.67 million cases of coronavirus along with nearly 61,000 coronavirus deaths. Roughly 58% of the state's population is fully vaccinated.