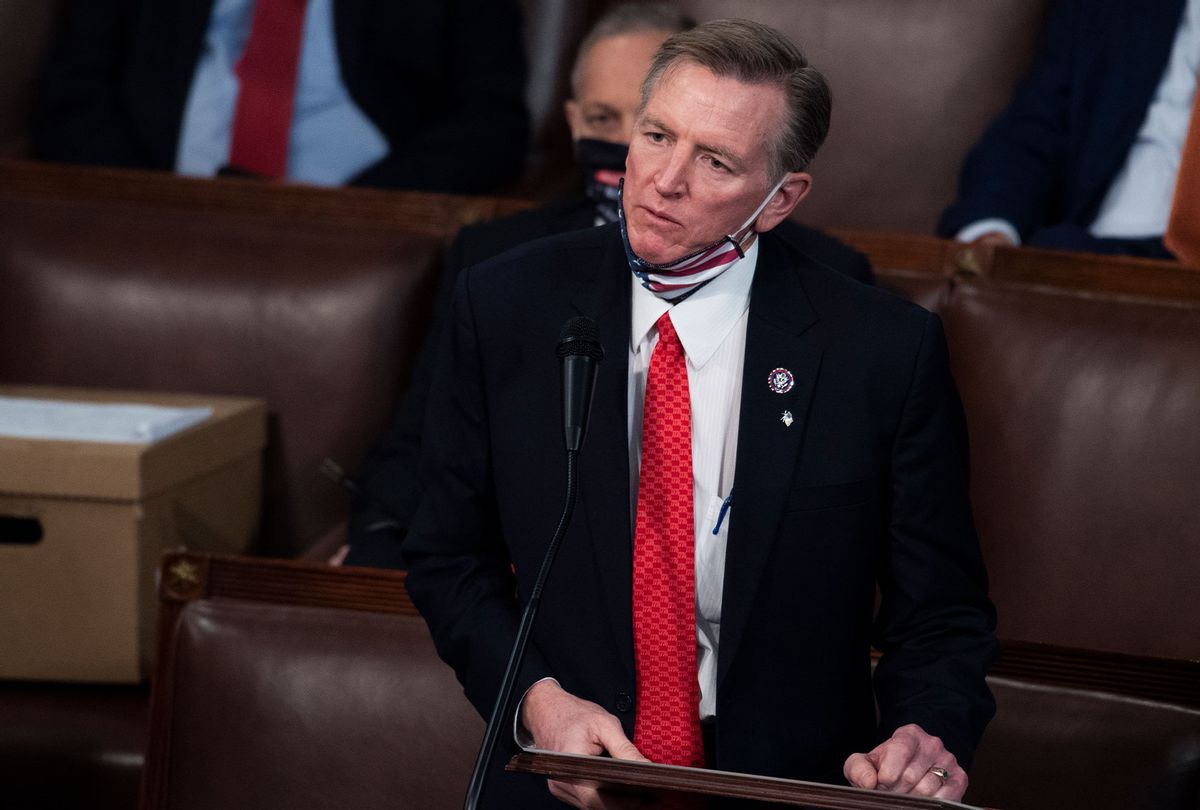 On Wednesday, Newsweek reported that Rep. Paul Gosar (R-AZ) retweeted an account promoting his own anime video depicting himself murdering Rep. Alexandria Ocasio-Cortez (D-NY) — just minutes after the House voted to censure him and strip him of committee assignments for the original tweet.

"Gosar had previously deleted the controversial video, which shows him slaughtering Ocasio-Cortez before turning the blade towards President Joe Biden, refusing to apologize but explaining that he had 'self-censored' due to a sense of 'compassion for those who generally felt offense.' However, Gosar's position appeared to have changed quickly after the House voted largely along party lines to censure him on Wednesday," reported Aila Slisco. "Gosar retweeted conservative podcaster Elijah Schaffer's tweet of the video within an hour of the House vote. The new tweet was captioned by Schaffer, 'Really well done. We love @DrPaulGosar, don't we folks?'"

Only two Republicans — noted Trump critics Reps. Liz Cheney (R-WY) and Adam Kinzinger (R-IL) — joined Democrats in the vote to censure Gosar for the tweet, which also depicted him brandishing a pair of swords at President Joe Biden.

This controversy comes as lawmakers are facing a new volley of anger and threats, with Rep. Marjorie Taylor Greene (R-GA) — who was herself stripped of her committee assignments for promoting social media posts advocating the death of Democratic leaders — even posting the phone numbers of Republican House members who voted for Biden's infrastructure bill.