Why blaming vaccine hesitancy on conspiracy theorists is harmful to democracy 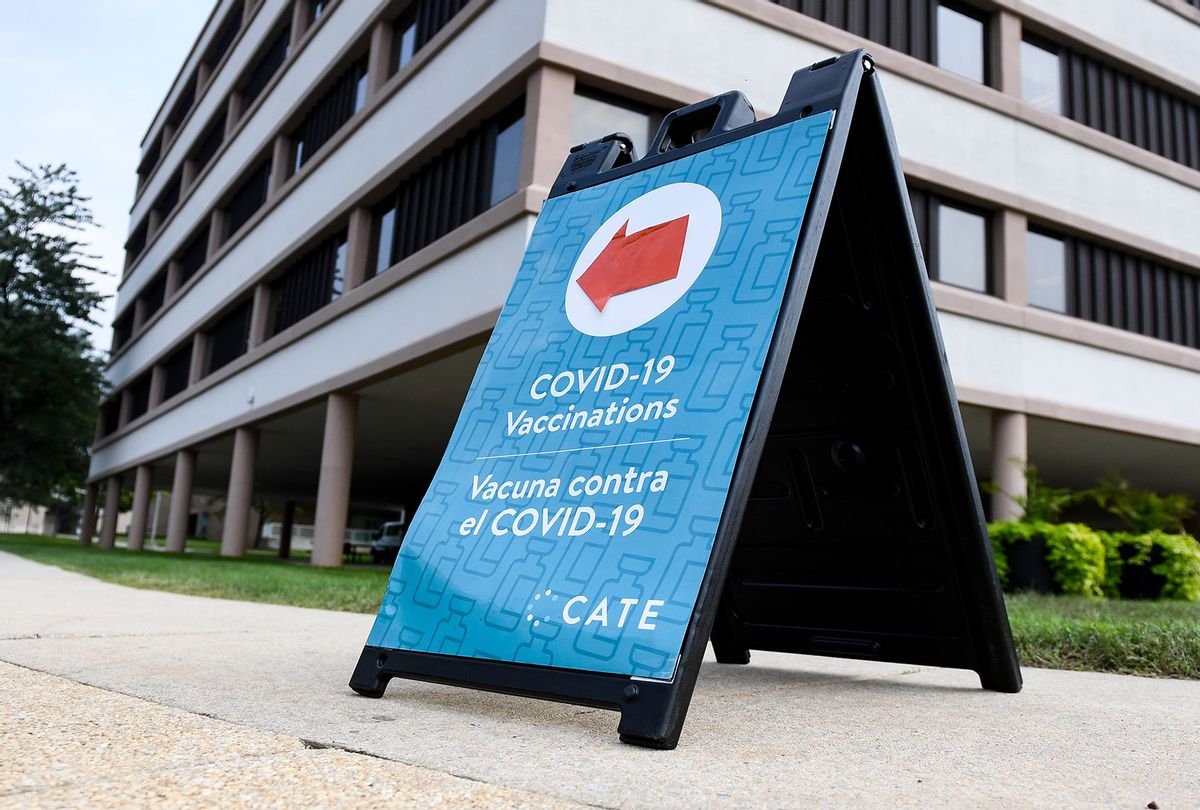 American politics appears to be in a crisis of rationality, one driven by duplicitous political actors. Philosopher Lee McIntyre insisted during a recent PBS interview that belief in COVID misinformation was driven by clandestine propaganda efforts by Russian agents, echoing earlier claims about Trump's 2016 election. Journalist Eric Boehlert argues that Fox News is "deliberately getting people killed" by "brainwashing" millions of Americans. In documentaries like "The Social Dilemma" and elsewhere, it has become cliché to depict social media as a maze of digital rabbit holes ready to swallow up unsuspecting users and turn them into conspiracy theorists.

This viewpoint on conspiracy theorists and vaccine skeptics isn't just dismissive of those who find themselves on the wrong side of "rationality." It's just as unreasonable as the beliefs it is attacking. And this viewpoint is also incompatible with doing democracy. If we're going to dig ourselves out of the deep hole of pathological political polarization that we're in, we're going to have to dispense with simplistic thinking about the people who believe things that we find to be outrageous.

Questioning the cognitive fitness of certain segments of the citizenry has a long history in America. In his classic 1964 essay, Historian Richard Hofstadter subsumed Cold War fear of communist infiltrators, the 19th century Populist Party, and anti-masons under the titular neologism "The Paranoid Style of American Politics." More recently, labeling someone as conspiratorial or paranoid has become the new political weapon of choice. Indeed, Hofstadter's essay has made a return, ostensibly explaining vaccine hesitancy and a reported explosion in conspiratorial thinking.

Historian Ted Steinberg called the reliance on accusations of paranoia or conspiratorial thinking the "diagnostic-style" of politics, wherein "clinical diagnosis [is offered] in place of empathic understanding." In his book, "Acts of God," Steinberg explains how mid-20th century farmers who were worried about harm to their crops from cloud-seeding experiments were dismissed as crackpots suffering from a "persecution complex." Yet they were no less deluded than the US government scientists and large commercial growers who not only believed they could control the weather, but also unilaterally decided that they should be allowed to try. Turning farmers' opposition "into a form of mental illness" just served to obscure the situation's underlying politics.

Paranoia is sometime legitimate. Despite Hofstadter's dismissal of the 19th century Populists, their tales of bribery driving the decision by Congress to no longer allow silver-backed currency proved to be correct.  Some of the reasons for vaccine skeptics' mistrust of mainstream medicine and the FDA echo criticism that were uncontroversial among leftists not too long ago: worries about financial conflicts of interest in industry-funded studies, perceived lack of transparency, and the history of medical racism and malpractice.

Worst of all, blaming problems like COVID vaccine hesitancy writ large on foreign social media meddling or profit-seeking media outlets is itself a form of conspiracism. Although there's a kernel of truth to claims of Russian influence and social media's tendency towards producing echo chambers, explaining complex sociopolitical situations solely in terms of the machinations of unaccountable distant organizations is only a few shades less paranoid than QAnon.

It's also simplistic thinking. As Zeynep Tufekci points out, Americans over 65, the heavily Republican and primary demographic for Fox News, are nearly all vaccinated. One of the foremost experts on conspiracy theories, Joseph Uscinski, argues against the idea that social media algorithms dupe people into believing misinformation. Rather, the Internet provides citizens with anti-establishment leanings greater access to what they already believe and makes that belief more visible. And recently studies cast doubt on the idea that Russian social media activity has had significant impact on people's beliefs.

The diagnostic style of politics is attractive not because it is correct but because it's actually oddly comforting to have such an unsettling view of our fellow Americans. It lets us deny that our opponents could have any legitimate reasons for disagreeing with us. Inconvenient political complexities are replaced with a Manichean fairy tale: the enlightened, science-respecting and rational good guys versus the social-media-addled dupes. It's no wonder debates about COVID are only getting more polarized.

Far better would be to follow the lessons of psychologist Peter Coleman's research: Embrace complexity. Difficult conversations are harder when portrayed in black and white terms, and only more so when cast into good vs. evil. Reframing our political challenges as complicated layered sets of trade-offs and dilemmas fosters conversations between ideological opponents with more listening, more openness to learning, and greater agreement on collaborative policy statements.

In his defense of liberal democracy, political philosopher Karl Popper argued "that the only attitude which I can consider to be morally right is one which recognizes that we owe it to other men to treat them and ourselves as rational." This attitude doesn't mean accepting our opponents' beliefs as correct, only that we admit that they may have good reasons to believe what they do. These reasons may not be factual, but rather stem from their experiences or from their deeply held values.

Richard Hofstadter rooted mid-20th century conspiracism in the feeling of being dispossessed, a feeling seemly confirmed by the outcome of public decisions upon which the "paranoid" could exert little to no influence. Even if we take vaccine skeptics to be conspiratorially motivated, it only further undermines the prospects for democratic conversations when we play armchair psychologist. We end up providing more evidence to skeptics that we really do want to repudiate them as unfit for and unworthy of democratic politics. Diagnosing the supposed cognitive deficiencies of our opponents won't get America out of an era of pernicious political polarization. Only dialogue will.

Taylor Dotson is Associate Professor of Social Science at New Mexico Institute of Mining and Technology and the author of "The Divide: How Fanatical Certitude Is Destroying Democracy" (MIT Press).