Deb Haaland is taking on racist names on federal lands

“It is well-past time for us, as a nation, to move forward, beyond these derogatory terms” 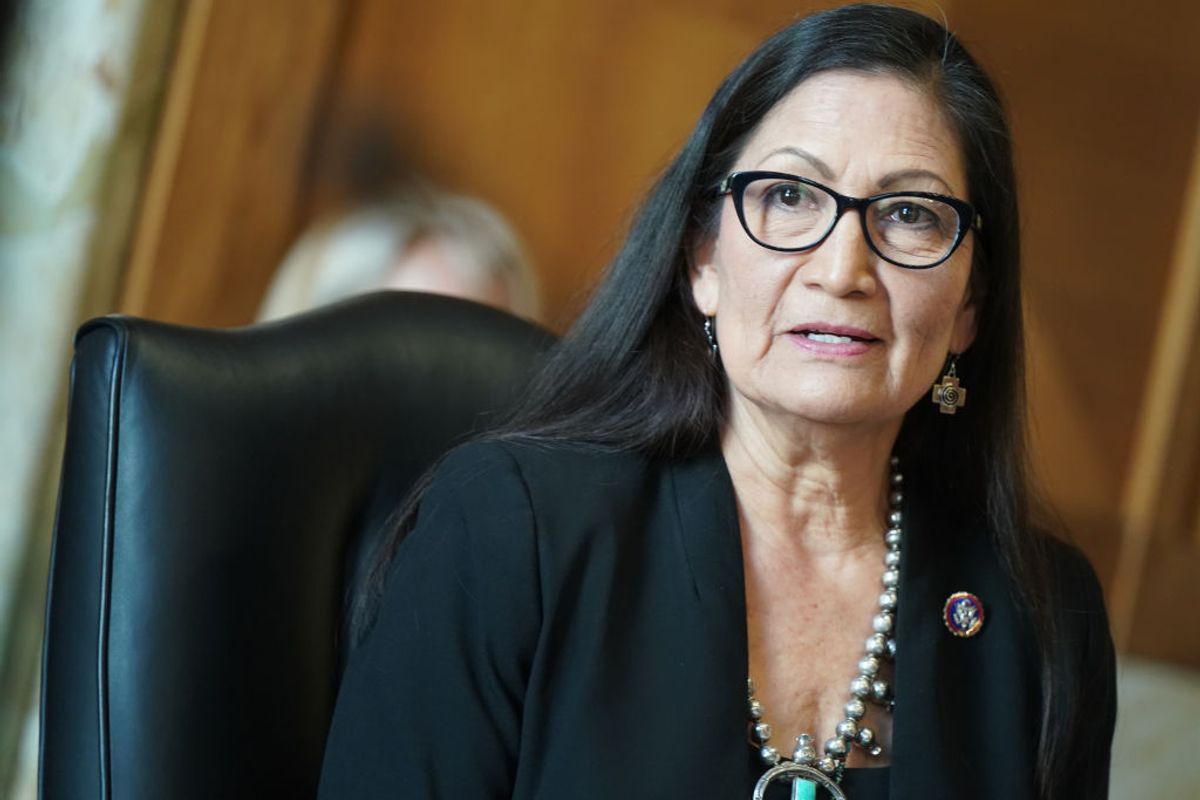 Rep. Debra Haaland (D-NM), President Joe Biden's nominee for Secretary of the Interior, testifies during her confirmation hearing before the Senate Committee on Energy and Natural Resource, at the U.S. Capitol on February 24, 2021 in Washington, DC. (Leigh Vogel-Pool/Getty Images)
--

At the urging of Interior Secretary Deb Haaland, a ​​member of the Pueblo of Laguna who is the first Indigenous person to hold a cabinet-level position in a U.S. presidential administration, the federal government is beginning a formal process to remove racist and derogatory names from lands under its jurisdiction.

Last week, Haaland ordered the Interior Department's Board on Geographic Names to institute procedures to remove terms such as "squaw," which is found in the names of more than 650 federal sites. For the first time in U.S. history, a federal order now explicitly designates "squaw," a racist and misogynist term used as a slur against Indigenous women by settlers, as a derogatory term.

In a statement, Haaland said that the move marks a "significant step in honoring the ancestors who have stewarded our lands since time immemorial."

"Racist terms have no place in our vernacular or on our federal lands," she added. "Our nation's lands and waters should be places to celebrate the outdoors and our shared cultural heritage — not to perpetuate the legacies of oppression."

The new task force charged with implementing the process will be made up of representatives from federal land management agencies, while history experts, members of the general public, and representatives of Indigenous communities will be tapped to create an advisory board to review and recommend the name changes, according to the order. This move accompanies pending Congressional legislation to rename more than 1,000 names on federal land that currently include derogatory terms.

The Native American Rights Fund, which has long called for the removal of derogatory place names, applauded the move.

"Names that still use derogatory terms are an embarrassing legacy of this country's colonialist and racist past," said John Echohawk, the group's executive director. "It is well-past time for us, as a nation, to move forward, beyond these derogatory terms, and show Native people — and all people — equal respect."

The order could empower activists across the country, including those living in the area currently named Squaw Valley, located in Fresno County, California. For two years, residents have claimed that local officials have been unwilling to meet with them to discuss renaming the valley.

Following Haaland's announcement, Fresno County Supervisor Nathan Magsig indicated that the federal order would not necessarily alter the stance of county officials. "When I saw the Secretary make that decision that they made, I was a little bit taken aback because they are one individual," he told The Fresno Bee. "But there are other voices that are out there that need to be heard, too, that are just as valuable as her opinion."

While changing federal names has historically been an arduous process that can take many years in some cases, several name changes have established a precedent that Haaland is building upon. For example, following the internment of Japanese Americans during World War II and the peak of the Civil Rights Movement in the 1960s, the Board on Geographic Names took actions to eliminate the use of derogatory terms for Black and Japanese Americans. And in recent years, states like Oregon, Maine, Montana, and Minnesota have passed legislation prohibiting the use of the word "squaw" in place names.