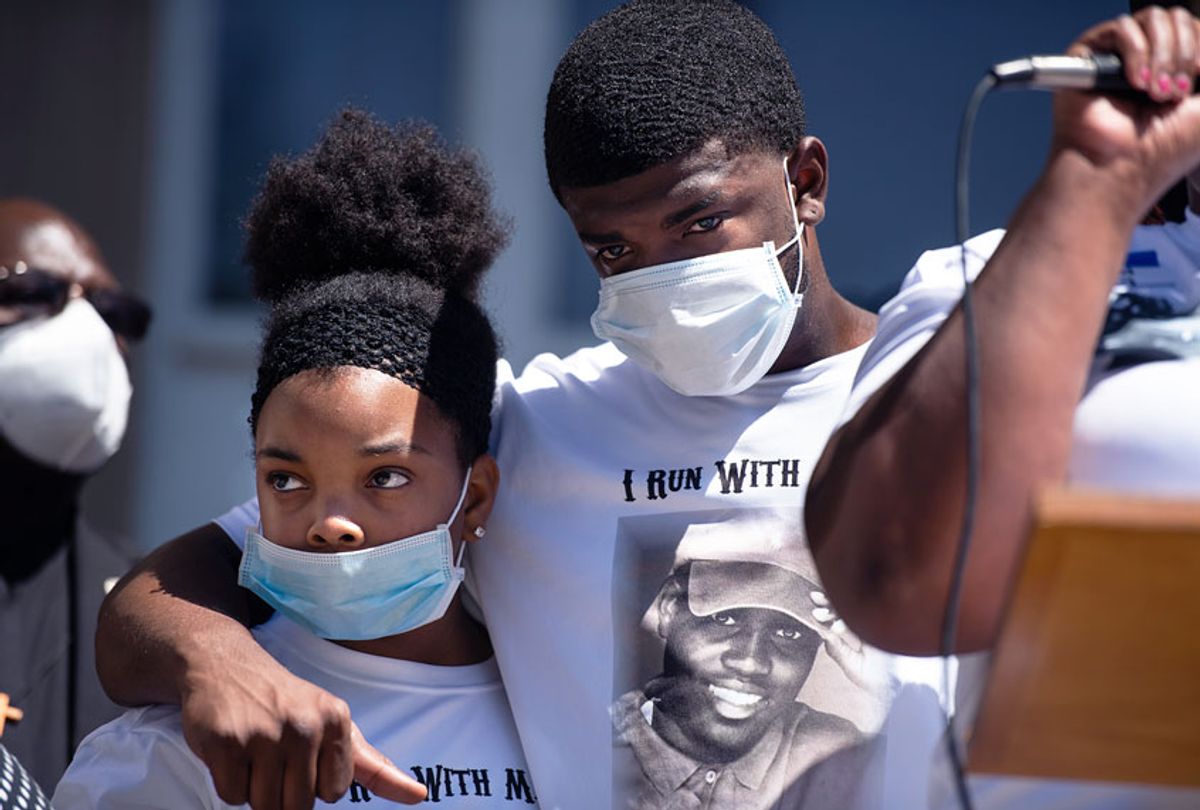 The attorney for one of the men convicted of killing Ahmaud Arbery closed her defense by suggesting that the victim's actions contributed to his death. These "actions" included his outfit choices and untrimmed toenails.

"Turning Ahmaud Arbery into a victim after the choices that he made does not reflect the reality of what brought Ahmaud Arbery to Satilla Shores," defense attorney Laura Hogue told jurors on Tuesday, emphasizing his khaki shorts with no socks to cover his long, dirty toenails."

"I thought it was very, very rude to talk about his long, dirty toenails and to totally neglect that my son had a huge hole in his chest when he was shot with that shotgun," she later told CNN's John Berman on "AC 360."

The incendiary comment invoked racial tropes and negative stereotypes that the defense thought could play in their favor. The trial was held in Glynn County, Georgia, where 69% of residents are White and 27% are Black. Of the 12 jurors, only one is Black.

On February 23, 2020, Arbery, a 25-year-old Black man, went on a jog in the neighborhood, near Brunswick, Georgia. That's when Gregory and his son, Travis McMichael, along with a neighbor, William "Roddie" Bryan, – three White men – in vehicles, chased Arbery down and shot him. Bryan also took videos of the encounter. The three defendants were found guilty of the killing on Wednesday.

Hogue, however, described Arbery not as "an innocent victim," but rather as a "recurring nighttime intruder" for entering and looking around a home that was under construction in the area. A local police officer testified earlier in the trial that he had planned to give Arbery a trespass warning for entering the property, which is only a misdemeanor under Georgia law. The owner of the home, Larry English, said there was no evidence of anything having been stolen from the site. English instructed the elder McMichael – who happens to be a former police officer – to keep an eye on the property, expecting him to call the police if the intruder returned.

"Can anyone reasonably believe that Ahmaud Arbery was just doing a looky-loo on those nights, in what has been described and shown to you as a home drenched in absolute darkness?" questioned Hogue.

The defense's primary strategy has been to attempt to shift as much of the blame onto Arbery as possible.

However, lead prosecutor Linda Dunikoski responded to claims that Arbery had been involved in any criminal activity, – including a string of thefts that had taken place in the area – pointing out the racism behind the defense's excuses.

"They made their decision to attack Ahmaud Arbery in their driveways because he was a Black man running down the street," said Dunikoski.