From references to the creator, to blessing the sick, some death metal lyrics reflect holy books 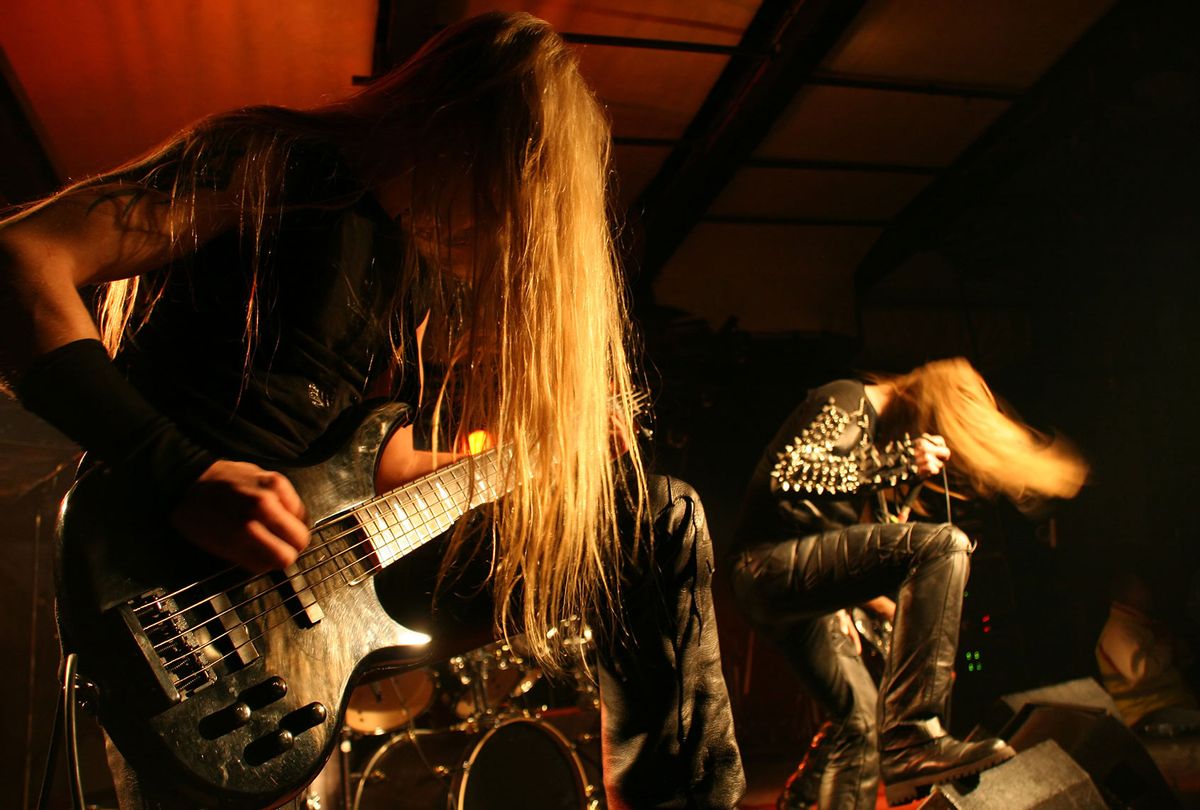 The other day I came across a Buzzfeed quiz that asked me: "Heavy metal lyric or bible verse?"

As someone who is a PhD candidate in religious studies and loves heavy metal, I was surprised to see that I hesitated on a number of my responses. Why does heavy metal use so many biblical references and symbolisms?

Known as an extreme sub-genre of heavy metal, death metal usually uses techniques such as deep growling vocals, blast beat drumming, minor keys and atonality (not conforming to the system of tonal hierarchies) to transmit its lyrical themes of not just death and violence, but also of political conflict, philosophy, true crime and, more importantly, religion.

In 2010, historian James Robertson published an article called "Death metal: A 'pipeline to God?'" One of the few published articles that examines the connection between death metal and religion, Robertson writes:

"What is fascinating here is the consistency with which black metal has pursued religious forms […] Such religious pluralism begs the question as to whether these are just new and interesting attempts at youth rebellion, or whether something more is playing itself out."

But what is that something more?

Many metal historians such as Ian Christie have said that the history of heavy metal begins with Black Sabbath's debut studio album, "Black Sabbath," released in 1970.

When the album is opened it reveals an inverted cross and a disturbing poem. The fourth track on the album is called "N.I.B.", which was written from Lucifer's point of view. Thus, the relationship between heavy metal and religion was born.

Christie points out in his book, "Sounds of the Beast: The Complete Headbanging History of Heavy Metal" that anthropological history is interwoven with metal's musical history as "the rise of black metal coincided with the thousand-year anniversary of Christianity in Norway, when two pagan kings […] violently imposed religion on the western coast of Norway," the territory that has most influenced black metal.

"Chapel of Ghouls" and "Blessed are the Sick"

Death metal then appeared with the fusion of thrash metal and first-wave black metal in the 1980s. Possessed, Death, Deicide and Morbid Angel are a few of the first bands to fall into the death metal genre. Morbid Angel has written songs such as "God of Emptiness, Rapture, Immortal Rites, Chapel of Ghouls, Angel of Disease and Blessed are the Sick." And Deicide has written about ritual sacrifices, the crucifixion, Satan, Jesus and anti-Christian sentiments.

As the connection between death metal and religion solidified, so did its controversy. In the mid-80s, Parents Music Resource Center (PMRC) was born, an institution focused on increasing parental control over access to music that was deemed violent or satanic. This didn't deter death metal musicians or followers, but hardened their criticism of mainstream religion.

PMRC's biggest issue was over anti-Christian sentiments. The song "Away from God" by Immolation discusses salvation, heaven and hell in a way that could be seen as an extreme form of biblical lament. Part of the song goes:

"You sit and watch, in all your splendour Oh creator, it's you I now renounce Ever-loving God, your love has failed me I don't need your love …"

"My God, my God, why have you forsaken me? Why are you so far from helping me, from the words of my groaning? O my God, I cry by day, but you do not answer; and by night, but find no rest."

So, the question remains, why is death metal so obsessed with spiritual and religious themes? Perhaps the only other genre that is so preoccupied with religion and spirituality in such a focused way is gospel music, yet the two seem like complete opposites.

One apparent answer to the proposed question would be that death metal, like other forms of rock, is anti-establishment. Rebelling against religion and the status quo seems to be one of the reasons this kind of music is so popular.

Another possible answer could be that death metal and its parent, heavy metal, are trying to find a language to express their dark mystical experiences — metal is attuned to spirituality.

As someone who studies religion, I believe that writers, musicians and listeners of death metal who are attuned to spiritual matters believe there's more to the world than meets the eye. Many feel the need to attend to their turbulent inner life, and oftentimes value principles that religion has neglected or opposed.

Death metal explores the dark side of the human experience with the same vehemence that some forms of organized religion resist it.

So why would anyone want to experience violent, angry music that could lead to having negative experiences? A 2019 study looked into who and why people enjoy listening to violent music, they found that they are not angry people: "They're not enjoying anger when they listen to the music, but they are in fact experiencing a range of positive emotions." The catharsis that death metal fans experience is in fact a way to release negative emotions.

In other words, I believe every one of us wants positive experiences and are attuned to spirituality in the way that we understand it. In the words of Venom's "Angel Dust":

"I live my life, Like there's no tomorrow, Take no chances I'm drowning all my sorrows coz' I, Need it, want it, You know I've got to have it, Takes me higher than anything I know."