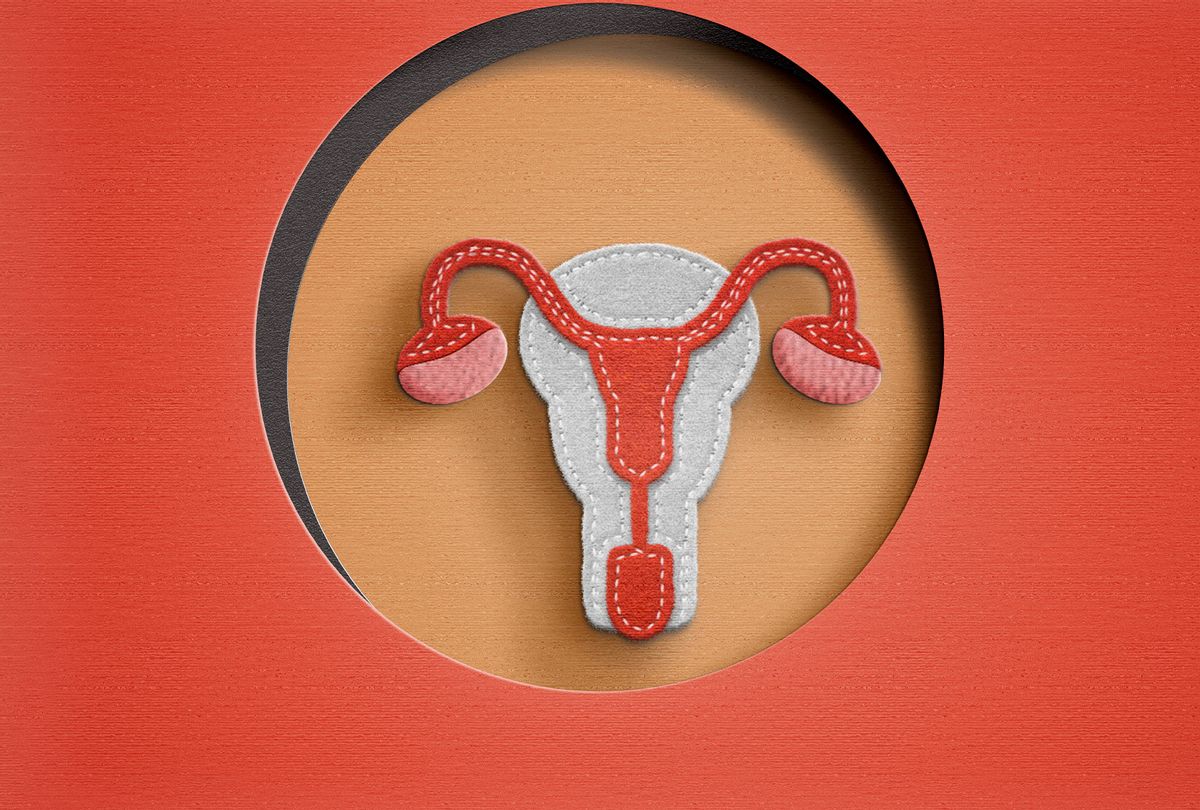 When Chelsea Jovanovich was 15, she learned that she didn't have a uterus.

That was a result of her having Mayer-Rokitansky-Küster-Hauser (MRKH) Syndrome, a rare congenital disorder that is estimated to occur in 1 in every 4,500 females. Such a diagnosis meant she'd never be able to carry a pregnancy on her own; her only options would be adoption or surrogacy. Jovanovich said it wasn't until she got married and started thinking about having a family of her own that really came to terms with the reality of not having a uterus and started to investigate other options. Jovanovich and her husband, Jake, considered a gestational carriers. They even approached a close friend about it, but ultimately realized the arrangement likely wouldn't work.

"It was a lot harder on me emotionally as I got into my child-bearing years," Jovanovich said. "Your friends are having babies, and you can't. It was pretty hard and I went through some rough patches."

Nearly out of options, Jovanovich learned about the possibility of a uterus transplant, which is when a person receives a uterus transplant from a living or deceased donor. The surgery of a transplant from a living person remains rare and is still in early clinical trial stages; to date, only 20 have been performed in the United States as of April 2021. Fifty had been performed around the world through April 2019.

Unphased by the experimental nature of the surgery, Jovanovich decided to try her luck, and applied to Penn Medicine's Uterus Donation program which began in 2017. To her surprise, she was accepted and matched with a donor. In February 2020, she successfully received a uterus from a woman named Cheryl Cichonski-Urban, who had already given birth to two healthy babies. After a successful transplant, Jovanovich underwent in vitro fertilization. In a uterus transplant, the fallopian tubes of the donor are part of transplantation— and it all paid off. On May 18, 2021, Jovanovich gave birth via a C-section to a healthy baby boy thanks to Urban's uterus.

Her son, Telden, was the first baby to be born from a live donor at the Penn State program. Of the 70 uterus transplants that have ever occurred globally, only a handful of babies have been born from both living and deceased donors. Despite the rarity of the procedure now, it could be a process that becomes more common in the future for women who have Uterine Factor Infertility (UFI), which is a form of female infertility that affects as many as 5 percent of reproductive-aged women worldwide. Those with UFI cannot get pregnant because, like Jovanovich, they either lack uteri or their uterus doesn't function properly.

"[A] uterus transplant is the only option that allows women with UFI the opportunity to carry and deliver their own babies," said Kathleen E. O'Neill, MD, MTR, co-principal investigator of Penn Medicine's Uterus Transplantation for Uterine Factor Infertility (UNTIL) trial. "Women with UFI have limited pathways to parenthood."

Dr. Aimee Eyvazzadeh, a reproductive endocrinologist based in the San Francisco Bay Area, told Salon despite recent successes, the world is likely still "far away" from a uterus transplant to be offered as an option at a fertility clinic.

"It's cost-prohibitive and most people won't have the funds to pay out of pocket for a uterine transplant," Eyvazzadeh said. "Given the risks associated with transplants, I don't see fertility clinics adopting this as a new procedure they will offer; it's a high risk procedure with a lower rate of live birth compared to IVF with a gestational carrier with a much higher cost."

Indeed, uterus transplants are costly because they are long and invasive processes that can require around 100 medical professionals (as happened with Jovanovich's transplant). If a transplant is successful and the recipient gives birth, the uterus is removed after child-bearing is complete. Doctors estimate a uterus transplant would cost up to $200,000, and are not apt to be covered by insurance — and then there are the risks to consider. As with many organ transplants, the recipient must take immunosuppressive medications to help the body accept the new organ, which can cause diabetes or renal damage in the long-term. There is also no guarantee that such a transplant will lead to a successful pregnancy.

Eyvazzadeh said she was basing this number on a study published in February, 2021, in the peer-reviewed journal Obstetrics & Gynecology. In 2019, the Washington Post reported on one woman's journey to getting a uterus transplant who nearly died from a life-threatening Candida infection. It turned out that the uterus implanted in her body came from a Candida infection in her donor's bladder.

Eyvazzadeh added that the risks and cost do not mean the transplant won't become a more common operation in the future. Surprisingly, she thinks uterus transplants could become an option for an unexpected population: men.

"I predict with our aging population, and the rise of infertility, we will need men to share the burden of growing our population," Eyvazzadeh said. "While some people may think this is far-fetched, it is not for the near future; I predict in maybe 200 years from now, it will be a reality."

Transgender female patients will also be another group of people to benefit from the research into uterus transplants.

Indeed, many doctors believe a uterus transplant could work for a transgender woman.

However, as with most surgeries and procedures that involve a uterus, Eyvazzadeh said to "absolutely" expect many future debates.

"Anytime a treatment involves a woman's uterus, there will definitely be a debate especially when it involves IVF," Eyvazzadeh said. "As with all new technology, they will get safer and more effective and ultimately more cost effective."