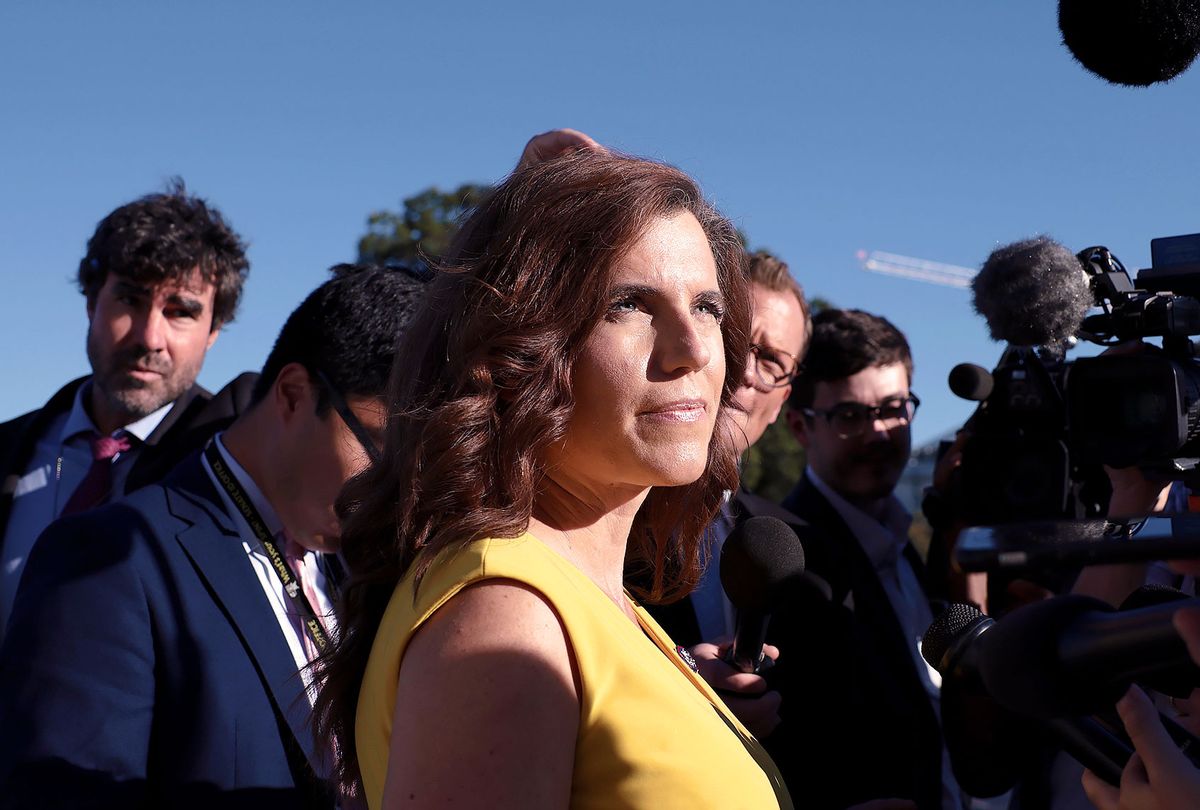 In two different interviews on Sunday, Rep. Nancy Mace, R-S.C., was caught flip-flopping on vaccines depending on who she was speaking to. In an interview with Fox, Mace encouraged viewers to get COVID to obtain "natural immunity" rather than get vaccinated. But in an interview with CNN on the same day, Mace said she was a "proponent" of vaccines and masks.

Speaking to Fox News, Mace criticized the CDC and policymakers for not "taking into account what natural immunity does."

"In some studies that I've read, natural immunity gives you 27 times more protection against future COVID infection than a vaccination," said Mace, despite evidence to the contrary.

"Governor DeSantis is seeing the fruit of that labor today," said Mace, attributing Florida's recently low COVID numbers to natural immunity, rather than the state's 61% vaccination rate, higher than the national average of 59%.

However, hours later in an interview with CNN, Mace highly encouraged viewers to get vaccinated and wear masks.

"I've been a proponent of vaccinations and wearing masks when we need to when we had the Delta variant raging in South Carolina, I wrote an op-ed to my community and I've worked with our state department of health," said Mace, as a video of her getting vaccinated played in the background.

"I've run ads encouraging my district to go and get vaccinated and when we have these variants and we have these spikes, to take every precaution from washing our hands to wearing the N95 and K95 masks more than the medical masks, there is a statistically significant number of people protected from COVID when they wear those masks," continued Mace, showing much stronger support for vaccines and masks compared to her interview with Fox.

Mace has shown to flip-flop before in politics. After the January 6th riot where a pro-Trump mob stormed the Capitol, Mace was one of nine Republicans who voted to impeach former President Trump. Later she was known to be a heavy critic of Trump, at one point saying Trump's "entire legacy was wiped out."

Today however, she has refused to mention Trump by name and has continually promoted common Republican talking points, promoting "natural immunity" and saying Republicans need to "stop fighting with each other in public."

Molly Jong-Fast, writer for The Atlantic and Vogue, reacted to Mace's comments on Fox before she went on CNN, writing on Twitter, "This is so depressing, Nancy Mace can't possibly believe this."