A family favorite perfect for your holiday dinner 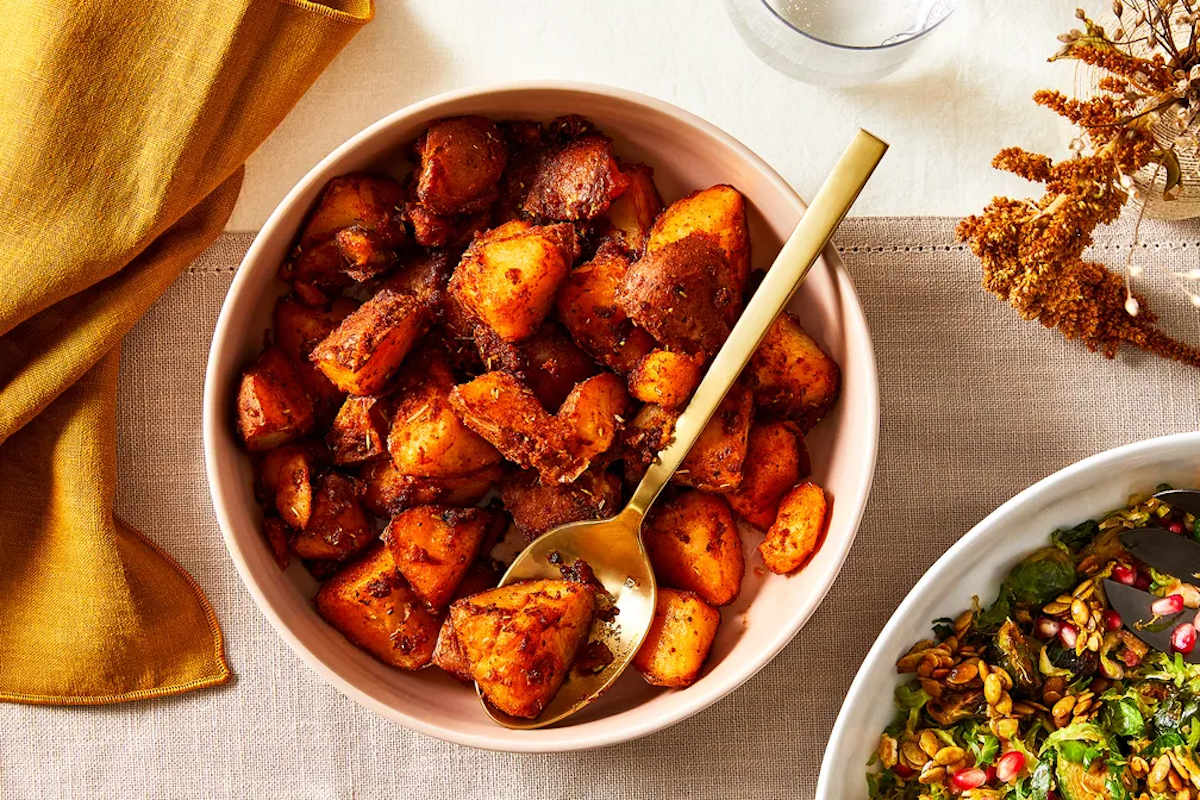 But I'm getting ahead of myself. Because even though in my family we call them Grandma Potatoes — not Grandma's Potatoes, the apostrophe-s was dropped decades ago — they actually started with her mom, my great-grandmother, Ethel.

Raising two kids in the 1930s, Ethel used canned potatoes. She tossed them in oil and spices, then roasted them in a roaring oven until they became as crispy as a drive-through hash brown. Ever since, they have been my family's most-requested holiday side, one that just so happens to be easy enough to make on a weeknight when a craving strikes (which it will).

It was Grandma who pivoted from the canned convenience, opting instead for fresh potatoes, in all their dirty glory. Sometimes peels them, sometimes doesn't, depending on her mood. But what she always does, in homage to her mom, in order to mimic that canned-potato softness, is parcook them.

Parcook is culinary-school-speak for partially cooking an ingredient, so it can be finished later on. This is useful in restaurants, when an order comes in and you only have a few minutes to make it. And with potatoes, it's even more useful, whether you're in a restaurant or at home.

As food science authority J. Kenji López-Alt puts it on Serious Eats, "The boiling and roughing-up steps are the real key. They create a thin slurry of mashed potato that clings to the surface of the potato chunks, which ends up crisping beautifully in the oven as the potatoes roast."

Beyond better texture, the flavor is better, too. Because the water is aggressively salted — I eyeball 1 tablespoon of kosher salt per quart of boiling water — the potatoes are properly seasoned even before they're, well, seasoned. Which makes them happier, which makes Grandma happier, which makes me happier.

Once they're almost fork-tender, they are drained and dumped onto a sheet pan, where they are tossed with a lot of olive oil, sweet paprika, garlic powder, dried rosemary, salt, and pepper. It's this humble spice mixture that's signature Grandma. Swapping in fresh garlic or rosemary would ruin the effect, so don't you dare.

Likewise, measuring is not welcome here. Even though she's made these potatoes hundreds of times, Grandma has never measured the oil or the spices. "Never!" And while she gave me permission "to measure it out, you know, if you want to write a recipe" — for once, I opted not to. That just isn't how they're made.