Can you actually substitute margarine for butter in baking?

And what’s the difference between these two, anyway? 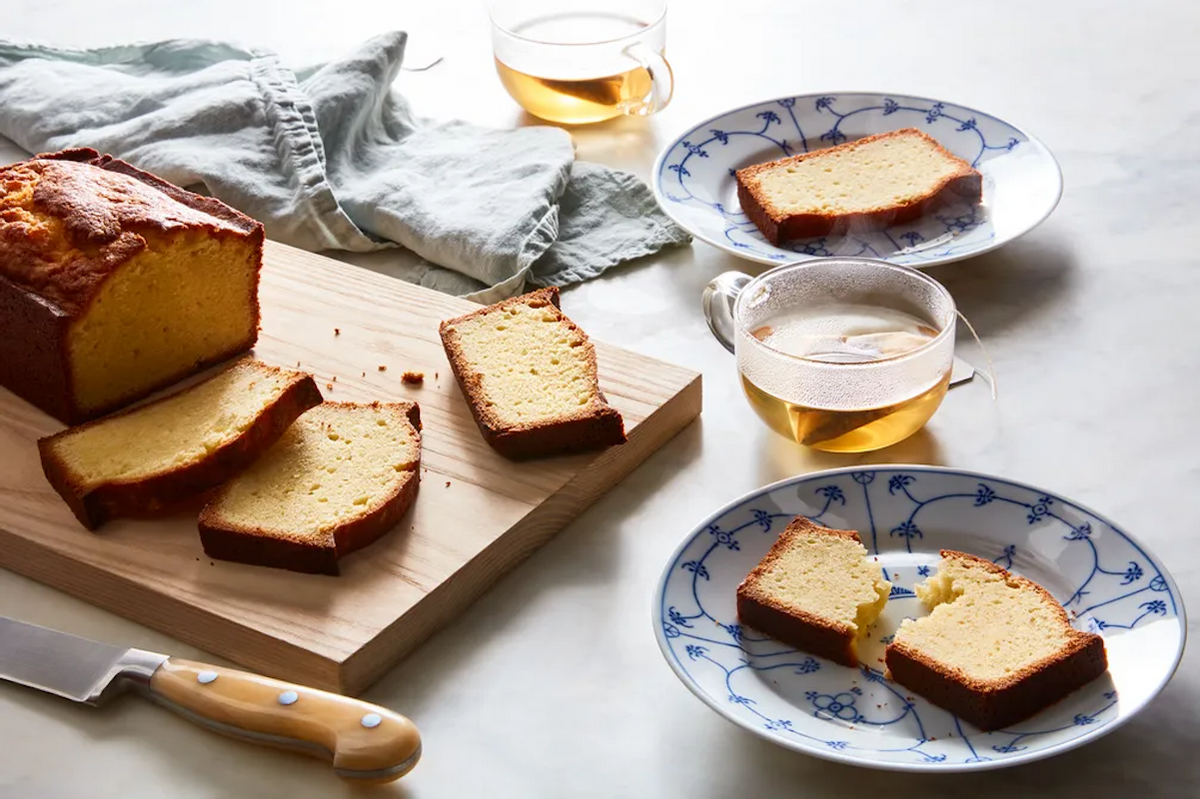 We have Napoleon to thank for the invention of margarine. If you're a fan of our podcast, Burnt Toast, you probably knew that already. (Oh, since you mentioned it, Burnt Toast is back in action tomorrow, yay!) And then in the mid-1900s, about a century after its invention, margarine became particularly popular when it was championed for its low cholesterol. Which means, we now have a whole generation of wrinkled and ripped, stained and yellowing family recipe cards for baked goods — you know, the best ones — that call for margarine instead of butter. But what exactly is margarine, and can you use it in place of recipes that call for butter?

Our contributing writer and editor Lindsay-Jean Hard couldn't help but wonder: Can you just use butter instead? While margarine is still alive and kicking — especially for vegan, plant-based recipes — most contemporary bakers prefer using unsalted butter.

Without getting into a bunch of legal jargon, the Food and Drug Administration (FDA) defines margarine as a combination of oils made from either vegetable or animal fat that are then combined with either water or milk, optional added vitamins, salt, preservatives, sweeteners, emulsifiers, and whole bunch of other additives. On paper, margarine contains far more ingredients than butter, which generally just contains cream and sometimes added salt. Brands like I Can't Believe It's Not Butter and Country Crock popularized butter-like creamy spreads that aren't quite margarine or butter; these buttery spreads do generally contain dairy (though you can find dairy-free butter and margarine sold in the form of tubs or stick). For baking, stick margarine sold by brands like Land O'Lakes became popular for its firmer texture, which acted more like real butter than whipped butter spreads that you'd want to smear on King's Hawaiian Sweet Rolls (at least, that's what I do on Thanksgiving at my Grandma's house).

In 2015, the FDA put a ban on partially hydrogenated oils in food products, such as margarine, after determining that they posed a significant health risk to humans. Many home cooks believed margarine was the healthier product because butter supposedly contained higher levels of saturated fats, which were seen as a possible cause of heart disease.

I asked my grandmother if she used margarine back in the day: "Oh, yeah!" she replied. But when I flipped through her recipe box, there weren't that many margarine recipes. A brownie here, another brownie there. Most of the time, when margarine appeared, it was marked as optional: butter or margarine, as if the two are interchangeable. Are they, though?

This question of whether margarine can be substituted for butter is as old as, well, margarine. Our community chatted about it on our hotline years ago. Erikal replied as such:

Yes, there's a significant diff — I use margarine when making baked goods for a friend who cannot have whey or casein, so have to use vegan margarine, to boot. Cookies are softer — I haven't figured out how to get chewiness with margarine batters. They also don't develop a crispy top/crust, and they don't brown as well. Brownies and other bar cookies suffer, too, though less noticeably. Again, it's a textural diff. And all baked goods taste "flat" when compared to those made with butter, because margarine itself has a very flat and not a "rounded" flavor. I would never choose to use margarine for anything but sometimes, ya gotta do what ya gotta do.

This particular recipe, created by the Imperial margarine brand, was a hit in the 1960s and '70s. A few years back, one reader requested it in The St. Louis Dispatch and 15 readers shared the same recipe. The link has since died, but I found a doppelgänger over at Genius Kitchen. It's an old-school pound cake in that there's no commercial leavener, just eggs. Also, the sugar is all powdered, which includes cornstarch, which helps create a tender crumb. Were the two cakes identical twins? Not quite.

These somewhat unexpected results from our test kitchen reveal that yes, you can use certain types of margarine in place of butter when cooking and baking, but the final product may not taste exactly as intended. Though speaking from experience, it will still be quite tasty.