In a third-rate Trump-style PR stunt, but Republicans once again reveal they don't care about "essential workers" 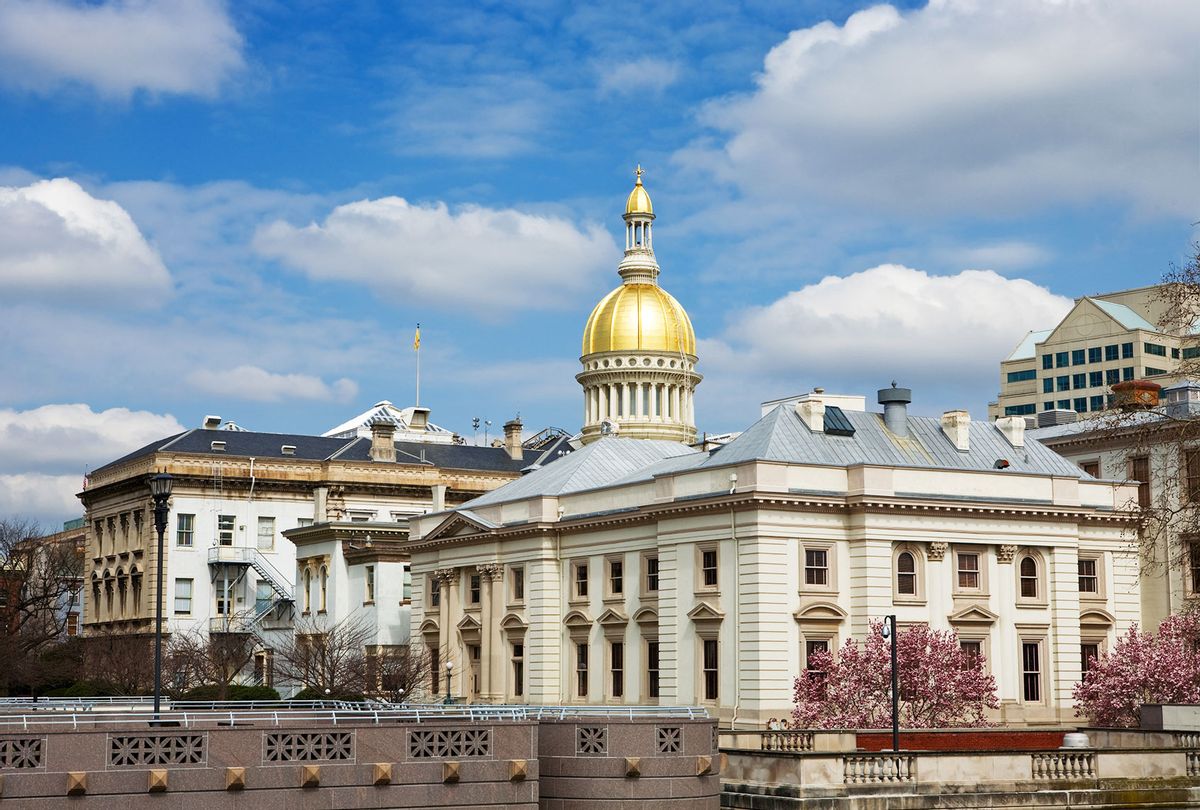 On Dec. 2, a group of Republican New Jersey state legislators barged onto the floor of the Assembly chamber in Trenton, in open violation of the requirement that lawmakers show proof of vaccination or a negative COVID test. Now they're eager to present their second-rate publicity stunt as a courageous blow for individual liberty.

In reality it's nothing of the kind. It's more like an illustration of their wanton disregard for the health and well-being of the "essential workers" they claim to care so much about, including the New Jersey state troopers they confronted in the chamber. In this and so many other ways, they're following the example of Donald Trump, who repeatedly endangered his Secret Service detail and any number of other people, even when he was personally contagious.

In October, the New York Times reported that the Officer Down Memorial webpage then accounted for close to 500 police officers who had died over the arc of the pandemic from workplace exposure to the deadly virus.

"More than four times as many officers have died from Covid-19 as from gunfire in that period," the Times reported. "There is no comprehensive accounting of how many American police officers have been sickened by the virus, but departments across the country have reported large outbreaks in the ranks."

The reckless actions of these Republican legislators were strongly reminiscent of Trump's wanton disregard for the health and safety of the hundreds of Secret Service agents and uniformed officers who protected him, and whom he put at risk on many occasions by pressing ahead with campaign rallies and other large public gatherings in the midst of a deadly pandemic.

According to Citizens for Responsibility & Ethics in Washington (CREW), a nonprofit watchdog group, "nearly 900 Secret Service employees tested positive for COVID 19" with most of those having served in "protection jobs," either as special agents or in uniform.

"Throughout the pandemic, then-President and Vice President Trump and Pence held large-scale rallies against public health guidelines, and Trump and his family made repeated protected trips to Trump-branded properties which the then-president was making millions of dollars a year from," CREW reported. "Trump even put on a photo-op in a car with Secret Service agents while being treated for COVID, further putting agents in danger. While there have been reports of Trump's Secret Service struggling with coronavirus cases, the number is far greater than had previously been known."

"Never before has the Secret Service run up against a president so intent on putting himself first regardless of the costs, including to those around him," Ned Price, a national security expert and former CIA analyst, told the Washington Post.  "And by maintaining a rigorous travel schedule and otherwise flouting public health guidance, he is demanding that agents add to their already considerable professional risk in ways that are qualitatively different than what they signed up for."

Throughout the pandemic, millions of essential workers put themselves and their families at risk by leaving their homes to work in our communities. They were not in service to just the vainglorious megalomaniac who happened to be president. They were in service to all of us, yet as a nation we failed to protect them from a pandemic, one we had been warned was likely coming for years.

Consider the fate of 45-year-old Officer Charles Roberts of Glen Ridge, New Jersey, who died in May 2020 as a result of his occupational exposure to the virus. He left behind his wife, Alice, and three children.

At that point we had lost just over 80,000 Americans, with roughly 1.4 million cases. Today, almost two years into the pandemic, we are approaching 800,000 deaths, and 50 million infections. More than 1,000 people a day are dying in the U.S., with the number once again beginning to climb.

In truth, we have no idea how many essential workers died after occupational exposure to the deadly virus, and public health authorities don't seem highly motivated to find out.

Throughout the pandemic, before Joe Biden took office, unions representing essential workers and workplace safety advocates sounded the alarm about America's meat processing sector, where hundreds upon hundreds of workers died in plants that Trump ordered to stay open while the body count soared and the virus spread.

Even before New York was in lockdown mode, in mid-March of 2020, the New York State Nurses Association warned that the CDC's emergency guidance that nurses should reuse N95 masks, rather than dispose of them after each clinical encounter, would result in their members becoming infected and dying. In the process, the hospitals where they worked would become vectors for the deadly disease.

Both things happened. According to a joint reporting project produced by the Guardian and Kaiser Health News, more than 3,600 health care professionals have died after COVID exposure on the job, as of April 2021.

Last May, the CDC once again ignored the advice of frontline unions and lifted the universal mask mandate for all vaccinated individuals in indoor settings. After the ensuing surge of the delta variant, the CDC was forced to reset mask guidance yet again, advising Americans to be guided by local conditions.

Initially, the delta variant tore through states like Alabama, Idaho, Louisiana, Mississippi and Wyoming, where vaccination rates were lowest. Texas and Florida's hospitals were sorely tested even as their Republican governors did all they could to prevent local school districts from mandating masking, even though public health officials warned that delta was hitting children harder than previous variants.

On Aug. 12, the Washington Post reported that "two-thirds of Americans in highly vaccinated counties now live in coronavirus hotspots … as outbreaks of the highly transmissible delta variant — once concentrated in poorly vaccinated pockets — ignite in more populated and immunized areas."

"How rapidly the state of the pandemic changed in July from a problem for the unvaccinated to a nationwide concern," the Post wrote. "Hospitalization rates in states with less than 40 percent of their population fully vaccinated are four times higher than states that are at least 54 percent vaccinated."

The Post's analysis found that breakthrough infections — meaning infections among vaccinated people — did "not appear to be as extremely rare as hoped," accounting for more than a fifth of new recent infections in Southern California, Oregon and Connecticut.

While policy-makers and the media focus on the death toll and hospital admissions "dashboard," what often goes underreported is the "long COVID" phenomenon, in which a significant percentage of those infected, even with very mild initial symptoms, will suffer long-term health consequences of varying severity.

Even patients who have tested positive for COVID but remained asymptomatic, have reported lingering health effects.

An analysis of four studies published this year confirms that, reports UC Davis Health's Post-COVID-19 Clinic, showing that "27 percent to nearly 33 percent of patients who had COVID-19 but did not need to be hospitalized later developed some form of long-haul COVID."

It does not seem to matter "whether non-hospitalized patients had more severe cases of COVID-19, mild cases or even cases that caused no symptoms at all," according to the UC Davis website. "Just as consistently, age or prior health — whether people were active and fit or had some previous health issues like diabetes or respiratory problems — made only a very small difference, if any, among non-hospitalized patients."

One through-line of this pandemic have been repeated attempts to leverage this once-in-a-century public health crisis for partisan political advantage, as with what we saw in Trenton last week.

After a catastrophic failure to protect America's essential workforce, which has cost so many families so dearly, Republicans across the country and inside the Beltway are fighting the Biden administration's OSHA mandate for large employers to require that their workers either be vaccinated or tested on a regular basis.

In this context, the "great resignation" should be no mystery. Why should Americans eagerly rush back to work when, thanks to Republican obstructionism, their government remains incapable of taking firm steps to protect them and their families from a deadly virus?

More on "essential workers" and the COVID pandemic: