17 of the most unusual heists in history

Unusual disguises, disappearing buildings, and Beanie Baby fever: these are the weirdest heists ever 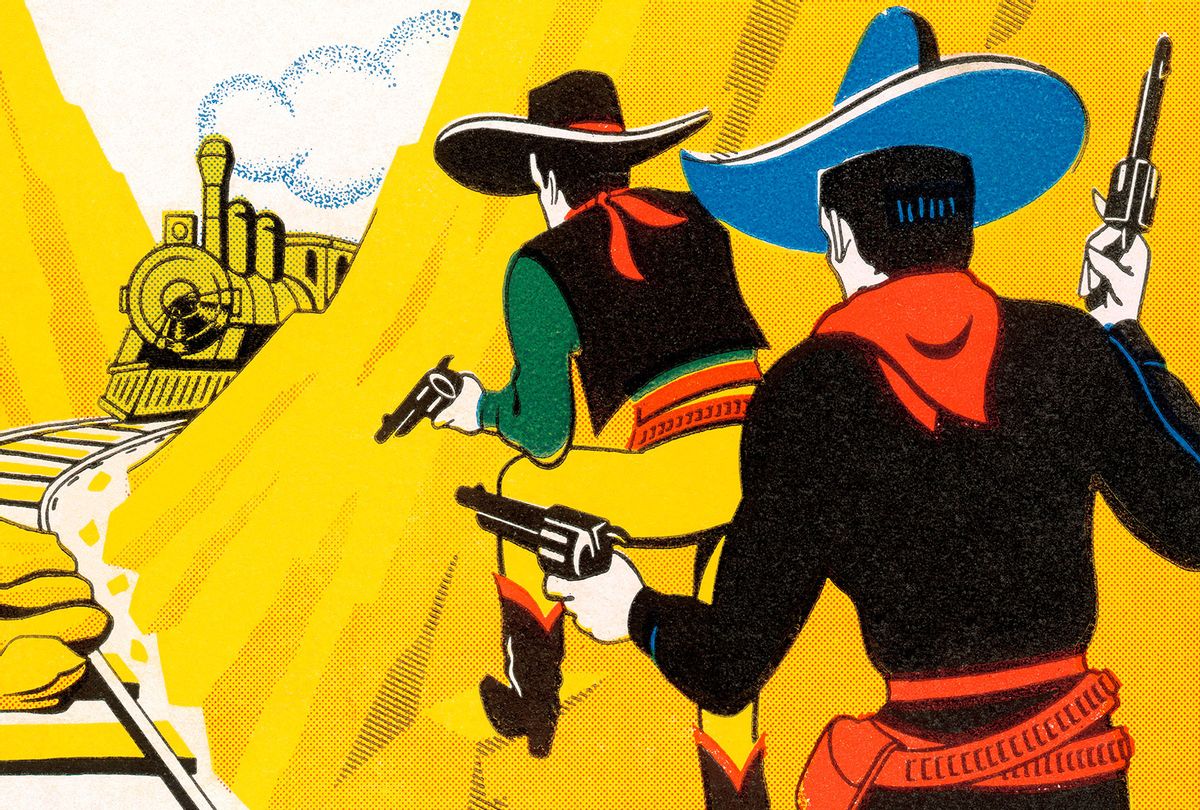 From infamous art thefts and a string of high-dollar cheese robberies to unusual disguises and disappearing buildings, we're highlighting off-the-wall historical heists in this list, adapted from an episode of The List Show on YouTube.

In August 2017, thieves in the town of Neustadt, Germany, stole a refrigerated truck filled with up to 20 tons of Nutella and Kinder chocolate eggs. The sugary haul had an estimated worth of around $80,000, leading law enforcement in Germany to warn citizens with some sage advice you should probably always follow: "Anyone offered large quantities [of chocolate] via unconventional channels should report it to the police immediately." Mysteriously, a separate trailer filled with 30 tons of fruit juice was stolen that same weekend in the town of Wittenberg, around 260 miles northeast of the missing hazelnut spread.

Jesse James is one of the most notorious criminals in American history. And though he was never officially linked to the crime, it's believed that James — or at least members of his gang — perpetrated what's believed to be the country's first-ever documented peace-time daylight bank robbery on February 13, 1866, at the Clay County Savings Association in Liberty, Missouri. That day, a group of 10 to 13 men dressed as Union officials held the bank up for $60,000 in bonds, cash, and gold. The illicit operation had all the trappings of an old-timey stick-up, complete with petrified tellers and wheat sacks full of money. If James was involved, it would have been the first of an estimated 19 robberies he took part in.

In the years after the Civil War, the U.S.'s expanding train system brought heists to the rails, and James again was an early adopter, staging one of his most infamous train robberies on July 21, 1873, outside of Adair, Iowa. Though the robbery made headlines and added to the famed criminal's mystique, the actual haul was far less than the crew had hoped: The $75,000 worth of gold bullion they were after wound up on another train, forcing the gang to settle for just $2,000 in a safe and $1,000 from the passengers themselves.

There was another criminal out there who was even more prolific than James — but chances are, you've never heard of him. His name was George Leslie, an architect-turned-criminal. Police estimated his gang was responsible for 80 percent of the bank robberies in the U.S. from 1869 to 1878. His jobs included a $786,000 heist from Ocean National Bank in 1869 and a $1.6 million haul from Northampton Bank in Massachusetts in 1876. Those would pale in comparison to the famous robbery of the Manhattan Savings Institution in October 1878. This was a crime that Leslie planned for more than three years, meticulously studying the building and drawing his own blueprints to ensure a foolproof plan.

Unfortunately, he wouldn't be around to pull it off. Though never confirmed, it's believed Leslie was killed before the robbery by one of his own men, Tom Draper, after the man discovered Leslie was having an affair with his wife. Even with the brains of the operation dead, the crime went off without a hitch, and the robbers made off with around $2.7 million — a record at the time.

Banks and trains are typical heist targets — but hotels can be just as attractive for thieves. On January 2, 1972, a team including professional crooks Bobby Comfort and Sammy Nalo — disguised with fake beards and glasses — took the staff of the Pierre Hotel in Manhattan hostage and rifled through the building's safe deposit boxes, making off with around $3 million worth of stolen jewelry and cash. It wasn't all bad news for the hotel workers, though; as the thieves departed, they gave each of the hostages $20.

Outlaws and mobsters may get the celebrity treatment in America, but heists have been going down all over the globe for centuries. In 1473, the first known art heist occurred when pirates seized Hans Memling's "The Last Judgment" as it was traveling from Belgium to Florence. Today, the triptych still resides in Gdansk, Poland.

One of the biggest heists in European history came in May 1855, when thieves made off with 200 pounds of gold that was headed for Paris. Based on gold's value at the time, but adjusting the dollar amount for inflation, that's equivalent to a roughly $1.5 million score. The crooks avoided suspicion by swapping the gold in the safes for lead. Eventually, though, the crew was betrayed by one of their own, a man named Edward Agar. After he was arrested for an unrelated crime, Agar told a woman named Fanny Kay that she and her child would be well taken care of, but then, it seems, one of the co-conspirators from the robbery took the money for himself. Kay and Agar went on to inform authorities what had happened.

European heists only got more brazen in the 20th century, and one of the most fascinating has to be the Baker Street Robbery, which occurred in September 1971. A four-man gang lifted 268 safety deposit boxes at Lloyds Bank in London, worth around $9 million today.

You don't get a haul like this by walking through the bank's front door — this robbery was the result of an inside job. In the weeks leading up to the crime, the gang rented a leather shop located two doors down from the bank. Then, over the course of three weekends, they tunneled from the store to the underbelly of the bank vault and blew their way through the floor. Numerous conspiracy theories continue to muddy the details of this heist — including one that claims the thieves were actually hired by the U.K.'s MI5 to retrieve scandalous photos of Princess Margaret that were hidden in one of the safe-deposit boxes.

France is no stranger to the occasional ostentatious crime, either. In December 2008, a group of gunmen raided the Harry Winston jewelry store in Paris, making off with $90 million worth of jewels. The men pulled off the entire heist while decked out in women's wigs and high heels, with one of them waving around the ultimate fashion accessory statement piece: a hand grenade. In 2011, $20 million worth of the jewels were found in a drain in a Paris suburb, and in 2015, eight men involved in this theft and an earlier Harry Winston robbery were convicted.

In April 2015, London was again the site of a heist for the history books — this time, the target was the Hatton Garden Safe Deposit Company, where an estimated £13.7 million — or around $21 million — in cash and jewels was looted, making it "the largest burglary in English legal history," according to the court. But this was no group of young, savvy crooks — most of the men were career criminals well into their sixties and seventies. The ringleader was then-76-year-old Brian Reader — who, while it was never proven, was heavily rumored to be part of the aforementioned Baker Street Robbery.

In 2018, thieves in Sweden smashed the displays of royal jewels at Strängnäs Cathedral, west of Stockholm, in broad daylight. They got away with two crowns and a golden orb that date back to Swedish monarchs Karl IX and Queen Kristina from the 17th century. With their loot in hand, the crew made their way to a waiting speedboat and escaped. Luckily, this case had a happy ending: In February 2019, the jewels, valued at more than $7 million, were recovered on top of a garbage can outside of Stockholm.

High heels and speedboats definitely make for strange heists, but those are far from the weirdest robbery the world has seen. In 2008, villagers from Komarovo, Russia, stole a whole church. It was abandoned at the time, so the villagers decided to take part in a unique side hustle by selling the house of worship to a businessman to the tune of one ruble per brick. It doesn't appear the plan involved rebuilding the entire church in a new location, although that would make for a more fun story. Instead, it seems likely that the bricks were to be reused for other building projects.

Stealing an entire church is the highest form of blasphemy for some — for others, this next crime is nothing short of sacrilege. In 2016, Wisconsin was hit with three high-profile cheese heists, ranging from $46,000 to $90,000 worth of stolen fromage. That $90,000 haul was composed entirely of Parmesan, for the record. No matter how you slice it, that's a whole lot of cheddar.

Selling food on the black market doesn't stop at back-alley cheese — one of the most decadent targets for culinary-minded criminals is truffles. In 2005, $100,000 worth of black truffles were stolen from a warehouse in Provence, France, in the dead of night. It was a sophisticated operation, and not just because their target was an ingredient that can be found in Michelin-starred restaurants: the crooks traveled by rooftop, using rope ladders and night-vision goggles to slink into the warehouse and access the refrigerator where the truffles were kept.

Food thieves are definitely thinking outside the box, but there was an even more audacious theft in August 2018. This one involved more than $40,000 worth of insects and lizards that were taken from the Philadelphia Insectarium and Butterfly Pavilion. It's estimated that 7,000 animals were taken in the robbery, including warty glowspot roaches, tarantulas, and leopard geckos, all of which were likely heading to the resale market. When police arrived at the scene, electric-blue staff uniforms were found hanging from a wall, held in place by knives. This rather strange piece of evidence signaled to police that the theft may have been an inside job.

Bees can command quite a bit of criminal attention, too. In January 2017, hundreds of hives were stolen from a beekeeper just north of Sacramento, California. This is an area flush with almond trees which need to be pollinated, and anyone with a bunch of bees can charge top dollar for that service. Eventually, this case led police to a suspect named Pavel Tveretinov, who was in possession of 2,500 allegedly stolen hives taken from throughout the area, worth an estimated $875,000.

Then, there was the great Beanie Baby heist of the '90s. Well, one of the great Beanie Baby heists, anyway. The colorful stuffed animals were the subject of countless robberies over the years, as people began believing rumors that they could pay off their student loans by selling them on the second-hand market. And in 1997, 77-year-old Ben Perri of Glendale Heights, Illinois, thought he had struck plush gold . . . until he was caught with 1,247 Beanies that were thought to be part of a lot of 60,000 that went missing from manufacturer Ty's warehouse. The haul was estimated at $300,000, but when Perri went to court, he was found not guilty — there was no proof that he knowingly possessed stolen property, and for his part, he claimed he bought them all at a flea market.