The sketch also featured appearances from Andrew and Chris Cuomo, as well as Sen. Ted Cruz 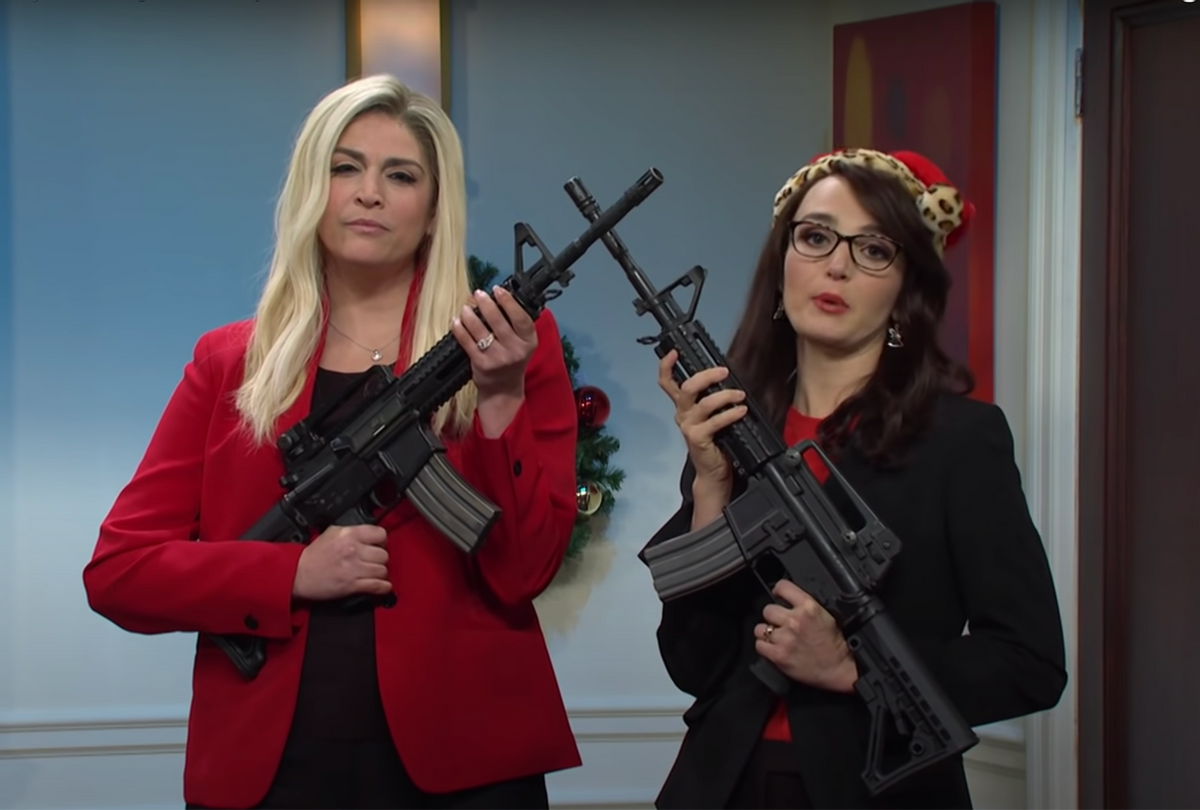 "The government has been using this fake disease to strip us of our freedoms," said Greene, played by SNL's Cecily Strong. "Do they think we're dumb?"

"Please, would they give a dumb person a gun? Yes," responded Boebert, played by SNL's Chloe Fineman.

At the end of the sketch, after Fauci (played by Kate McKinnon) proclaimed that everyone had found some common ground, Greene added: "And we can all agree that the Fox News Christmas tree arsonist must be executed!"

Watch it below via NBC: