Members of the Proud Boys were also present at the event 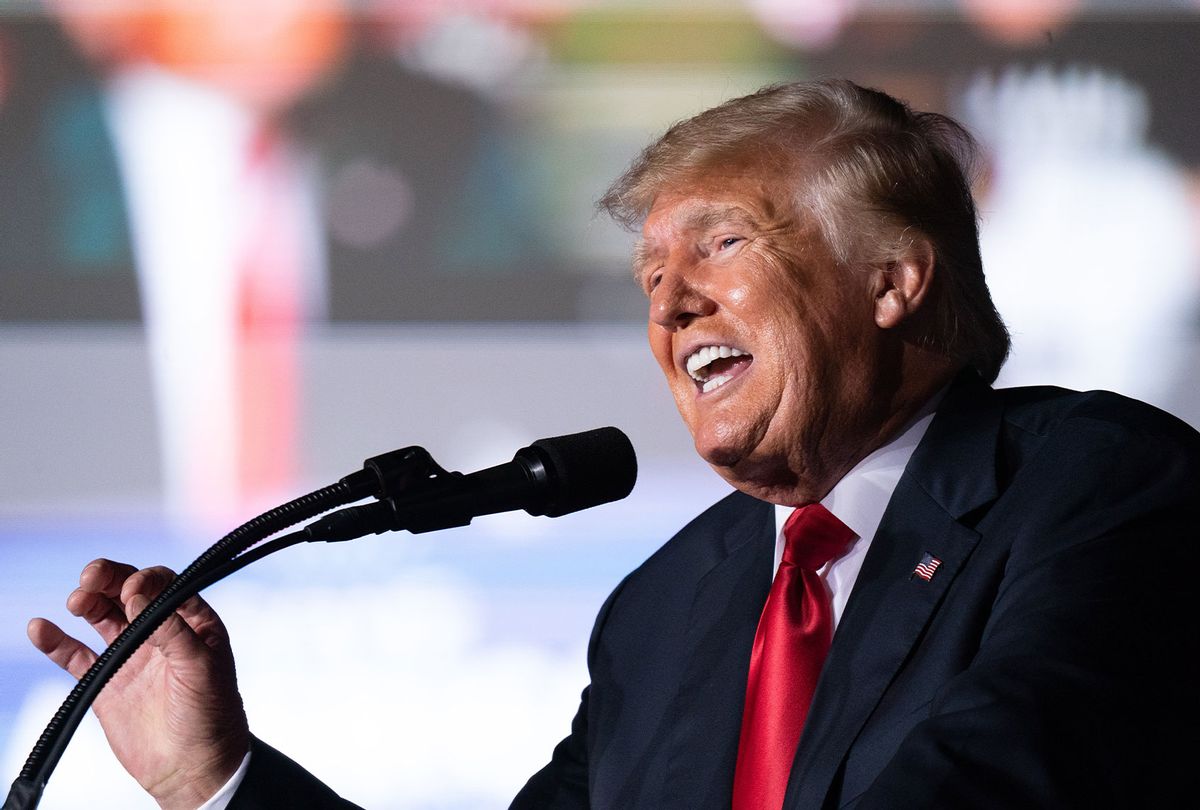 Donald Trump's event with former Fox News host Bill O'Reilly on Saturday had so many empty seats that organizers closed the top bowl of the stadium.

"Thousands of people donned their red baseball caps or favorite Donald Trump T-shirts in the FLA Live Arena in Sunrise Saturday afternoon to see the former president and conservative darling Bill O'Reilly," the South Florida Sun Sentinel reports. "The crowd chanted, 'Let's go, Brandon' while waiting for the two to appear. ... Many seats remained empty in the cavernous arena. The top level was closed and ticket buyers were 'upgraded' to the lower bowl."

Saturday's event was the first of four that are part of Trump's "History Tour" with O'Reilly. The tour continues Sunday in Orlando, where ticket sales have also reportedly been slow, before moving on to Houston and Dallas next weekend.

Tickets for the "History Tour" reportedly started at $100 for upper deck seats and ran into the thousands of dollars for VIP packages. The VIP packages included "floor seats, a 45-minute reception before the show, and photos with Trump and O'Reilly."

One political scientist recently told the Orlando Sentinel that "if not many people show, then I think Democratic and liberal critics will say that it shows that the Trump phenomenon has maybe hit its peak. And that there is a limit to what he can get away with."

According to the Sun Sentinel, Saturday's event featured Trump "deriding the current president, claiming the election was stolen, and portraying the country under Joe Biden as a crime-ridden, inflation-plagued mockery overrun by foreign criminals."

"Trump had few comments that veered from what he has often said publicly," the newspaper reports. "But he made the occasional unrehearsed comment. When the microphone failed and O'Reilly went silent, Trump said he thought something had happened to him."

"I thought he went down, which frankly would have been very exciting," Trump said.

The newspaper also notes that "members of the Proud Boys white nationalists — a group that has resorted to political violence to achieve its ends — were present."