Zendaya promises she’ll have a bigger role in "Dune: Part 2"

Plus, co-star Timothée Chalamet's praise for her and some bad lip-reading 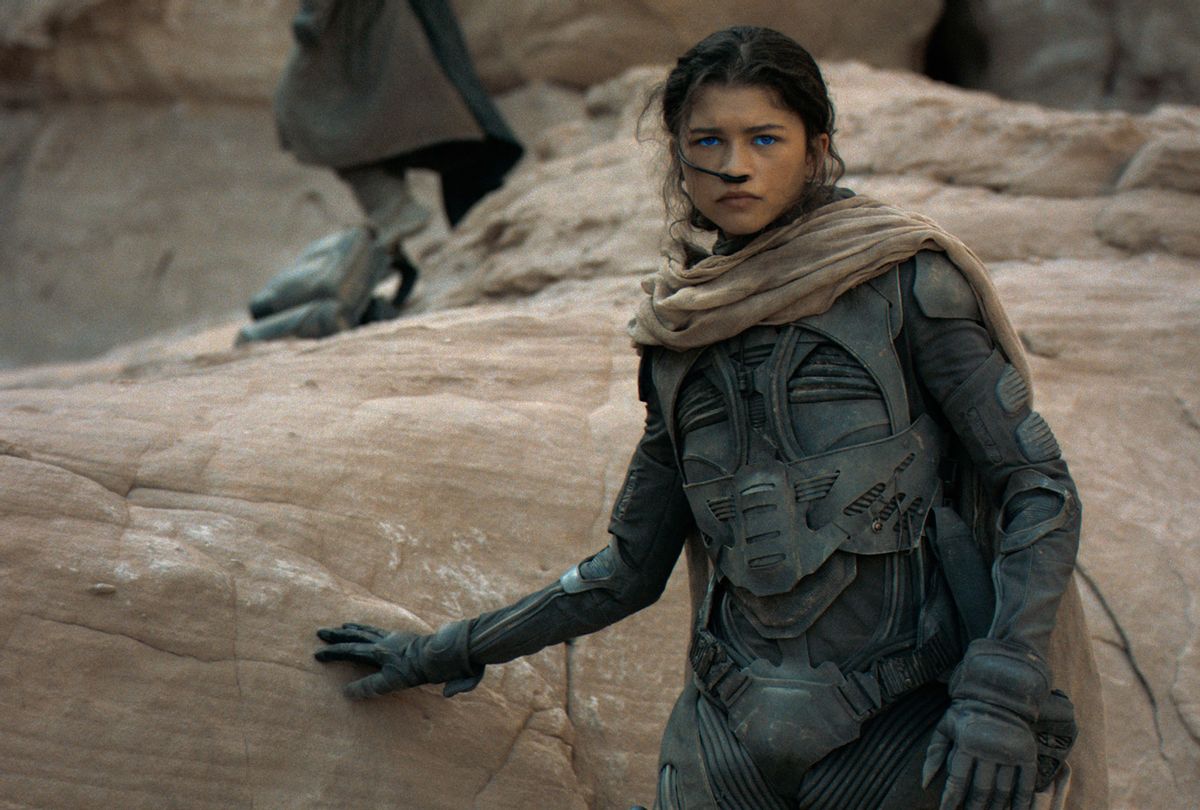 "Dune" had one of the most impressive casts in recent memory — Timothée Chalamet as lead character Paul Atreides, Oscar Isaac as his dad Duke Leto, Jason Momoa as Atreides family swordsman Duncan Idaho, and the list just went on. It included big names even in small parts, like "Euphoria" and "Spider-Man" star Zendaya playing the Fremen warrior Chani.

Of course, Chani is a major character in "Dune" by Frank Herbert, but since the movie only covers the first half of the book, she barely shows up. Although I'll be honest: she was onscreen for longer than I thought she'd be given how many interviews downplayed her screentime. By the time I actually watched the movie I was impressed she was in there for more than 30 seconds.

Still, she'll have a much bigger role in "Part 2," as she herself promised Deadline. "I can be there for longer, which is cool," she laughed.

Filming on "Part 2" hasn't begun yet, but when it does it sounds like Zendaya and the rest of the crew already have a nice shorthand in place. "[Director Denis Villeneuve] is great at giving you structure, but then also giving you freedom within it," Zendaya said. "I could come to it with a sense of who Chani was . . . I felt immediately connected to her. I wish I had more time with her, and with everybody. I didn't want to leave."

Chalamet was effusive with his praise for her: "Zendaya is Chani, and it's incredible to witness," he said, remembering the day she pulled her mask down on set: "On the day, it was like, Holy s**t, Chani has arrived . . . Not only was the relationship between us alive in Jordan [where we filmed], and not only does it live on the screen now, it was there just at the first chemistry read. It felt obvious."

That all sounds very exciting, but we have a while to wait for the second "Dune" movie. Until then, please enjoy this bad lip reading of the first: