Less than two days after Fox's Christmas tree in New York City was set on fire, they put up a new one 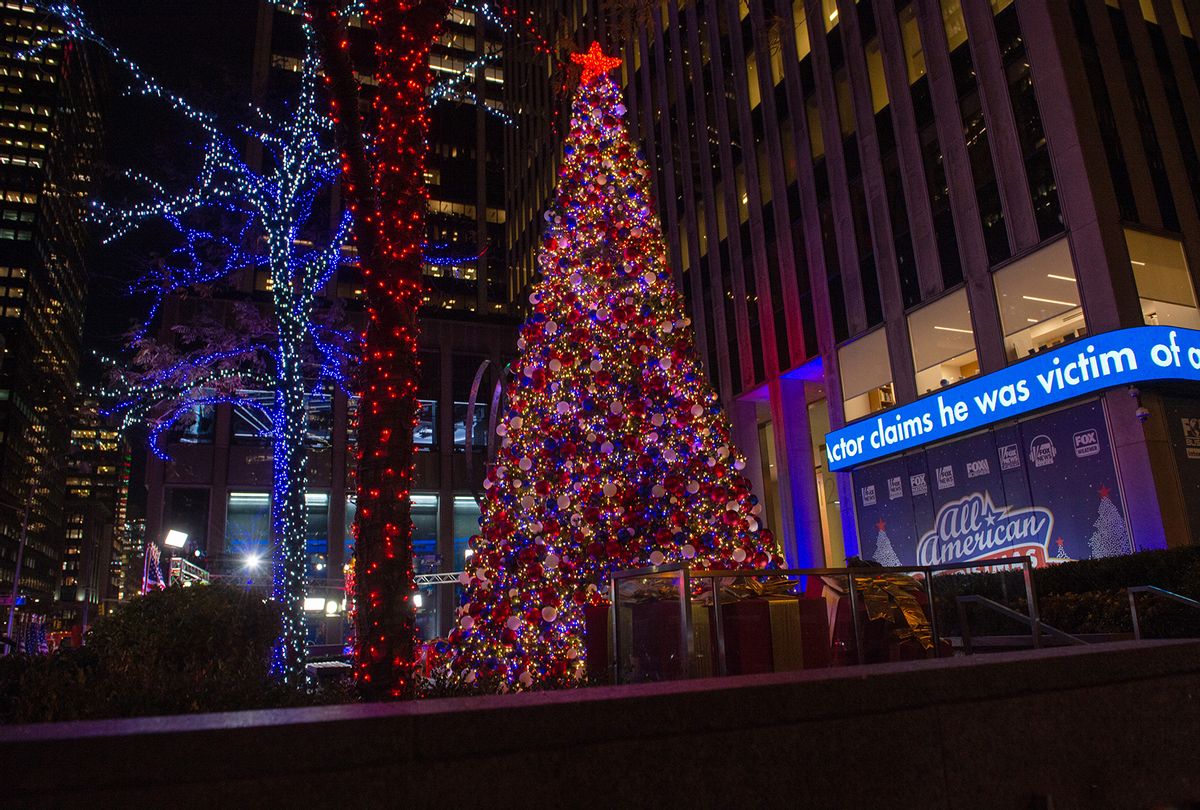 Forty one hours after a 49-year old homeless man allegedly set the Fox News Christmas tree on fire, employees of the conservative cable channel celebrated the resurrection of its plastic holiday icon with a midtown Manhattan relighting ceremony, complete with members of the New York City Police and Fire Depts. in full dress gear, Cardinal Timothy Dolan, and "Judge" Jeanine, among others.

"Somebody asked me, 'Why are you here?' I'm here because these colors don't run," DeGraff declared, pointing to the new tree.

"80 years ago this week they tried to extinguish the darkness in a place call Pearl Harbor," he continued. "We didn't fold then, and we won't fold now, because we've come this far, by faith. In our tradition we say, 'This little light of mine, I'm going to let it shine.' The red, the white, and the blue of America, we're going to let it shine."

On December 7, 1941, the the Imperial Japanese Navy Air Service waged an attack on the U.S. Naval Base at Pearl Harbor in what was the Territory of Hawaii. 2335 U.S. troops were killed, another 1143 wounded. There were also 68 civilian casualties and 35 wounded.

On December 8, 2021, one plastic Christmas tree in New York City was set on fire in what police say was an act that had no political motivation.