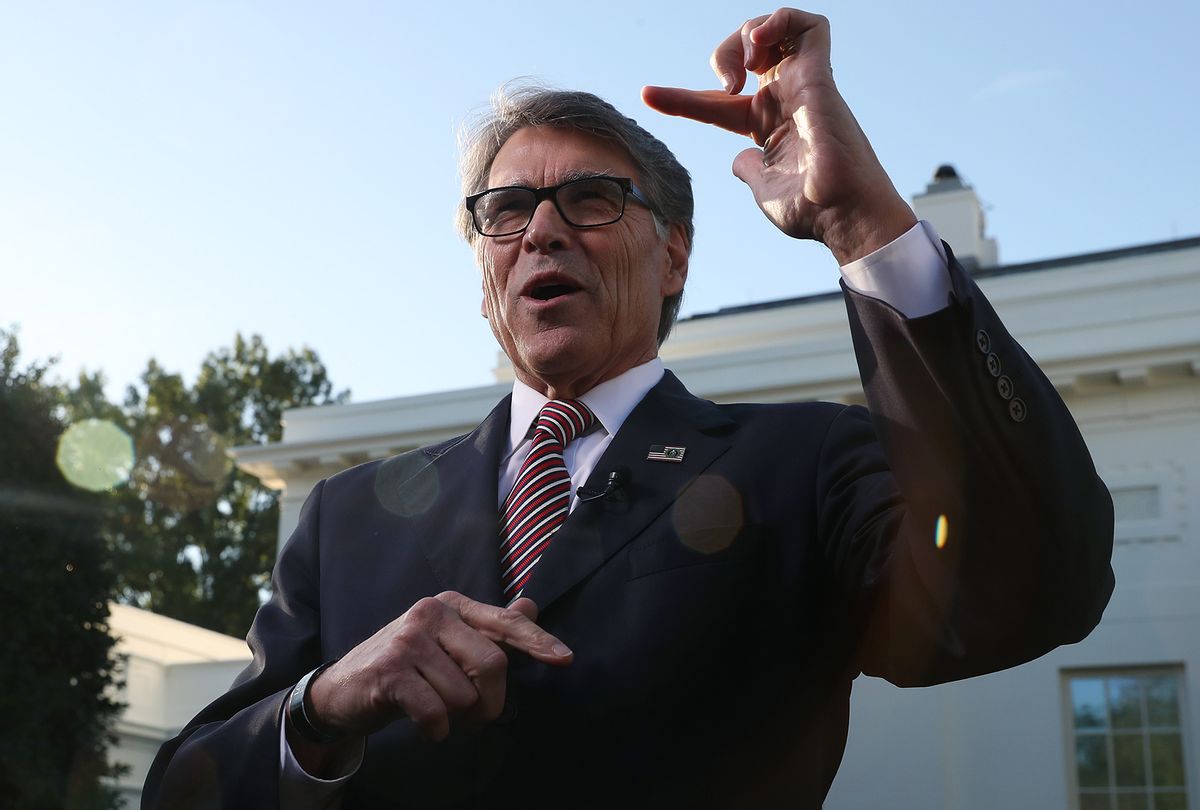 U.S. Secretary of Energy Rick Perry speaks to the media on the White House driveway after appearing on morning television shows, on October 23, 2019. (Mark Wilson/Getty Images)
--

CNN on Friday reported that former Texas Gov. Rick Perry's phone was used to send what so far has been the most damning text message sent to former Trump chief of staff Mark Meadows in the wake of the 2020 presidential election.

On November 4th, the day after the election, a text from Perry's phone sent to Meadows recommended taking an "aggressive" plan to stop President Joe Biden from being declared the winner.

"Here's an aggressive strategy," the message began. "Why can't Georgia, North Carolina, Pennsylvania, and other Republican-controlled state houses declare this is B.S. (where conflicts and election not called that night) and just send their own electors to vote."

Perry, through a spokesperson, denied sending the text message, although the spokesperson had "no explanation" when asked how the message was sent from the phone of the former Texas governor, who also served as Trump's Secretary of Energy from 2017 through 2019.

CNN confirmed with "multiple sources" who had Perry's personal number that the text message did indeed come from Perry's phone.

Trump eventually would try a variation of Perry's strategy by getting former Vice President Mike Pence to reject election results from key swing states, and then send back the results to GOP-controlled state officials to determine the winner.