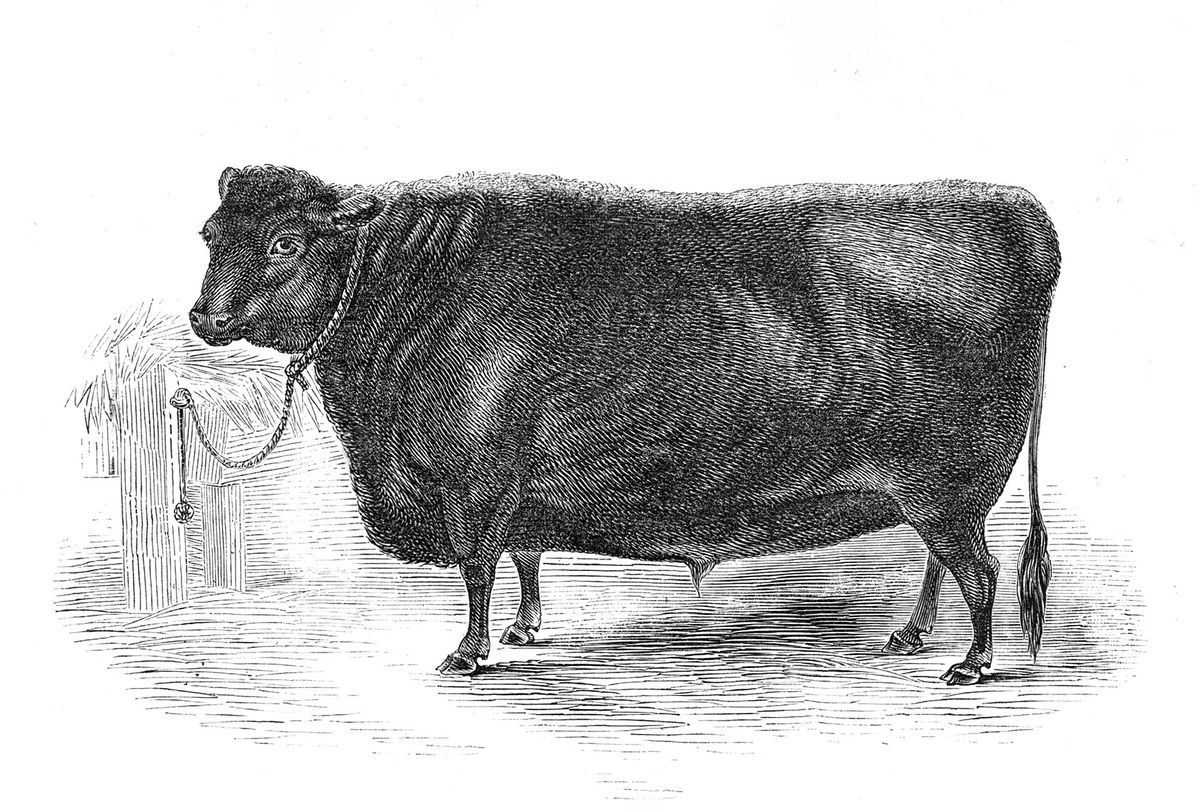 Many of today's treasured Christmas traditions — including decorating a tree, exchanging presents, and getting a visit from Father Christmas — began during the reign of Queen Victoria (1837-1901). Victorians also indulged in many more unusual Christmas traditions that have largely gone extinct. Some were the last gasp of ancient customs, others were unique to their time. If you'd like to find out more about some of the strangest Victorian Christmas traditions, "Yule" hopefully enjoy the list of 11 below.

This Victorian Christmas game, popular on Christmas Eve, involved putting fruit on a plate, dousing it in alcohol, setting it on fire, and then trying to pick out the goodies without injuring yourself. It was both dangerous and spooky, as the reflected flames made those gathered around the table look like demons. Even 19th-century writers acknowledged this could be a painful pursuit. "We shall have sport when Christmas comes, / When 'snap-dragon' burns our fingers and thumbs," wrote Victorian poet Eliza Cook.

Turkey dinners became an increasingly popular main dish at Christmas throughout the Victorian era, though it was often prepared in an unusual way and side dishes could be quite odd, if not downright gross. Mock turtle soup, stewed rockfish, furmenty, and potato pyramids were three recommended accompaniments. Turkey galantine — a stuffed, boiled, and gelatinized cold confection — was a particular favorite for the upper classes in Victorian England.

A number of Victorian sources remark on this schoolboy tradition. Young scholars returning home after a long semester of study would fire peas out of their carriage at innocent passersby.

Wassail, an alcoholic punch made with apples, was an ancient but still popular drink at Victorian Christmas gatherings. In apple-growing regions like Kent and Devonshire, farmers would additionally toast or salute the apple tree and pour wassail over its roots in preparation for a good harvest year. Oh, and to ward off evil spirits, they might shoot at the branches with rifles.

The brilliant scientist Michael Faraday inaugurated the tradition of Christmas lectures on science in 1825, a tradition that continues to this day. During the Victorian period, however, many of these lectures and demonstrations at other institutions were more spectacle than scholarship. The Adelaide Gallery, for example, paired performances of Handel's "Messiah" with fantastical electrical displays, giant projections of microscopic beings, or demonstrations of laughing gas.

6. GOING TO THE CHRISTMAS CATTLE SHOW

"Although we are not amongst the admirers of unnatural fatness, we cannot refrain from visiting the Cattle Show," one 1852 Christmas guide admitted. The Smithfield Club Cattle Show, which began in London in 1799, was a venerable tradition for many Victorians eager to see the enormous beasts that resulted from selective breeding and agricultural innovations in the 19th century.

December 21, St. Thomas's day, was for many Victorians the first event of the Christmas season, though it wasn't a particularly happy one. Toothless beggar women (mumpers, from the Dutch word for "mumbling") would go around town collecting alms. The practice was also known as "going-a-gooding" or "going-a-Thomasing."

8. KILLING WRENS AND MARCHING THEM AROUND TOWN

On Christmas day or the day after, the boys of a village would slaughter a wren with a stick, mount it to a broomstick, and march from door-to-door on Dec. 26 asking for money or food. This ancient tradition, said to bring prosperity and fertility, was already dying out in Victorian England, but continued in Ireland. "This strange practice is by no means worthy of association with the other kindly ceremonies of this hallowed season," complained one source in 1852. The hunting of the wren festival survives to this day (using a fake bird) in Dingle.

The Victorians invented the tradition of sending Christmas cards, though their taste in seasonally appropriate art was sometimes unusual. Dead birds, terrifying clowns, and gun-toting dogs were just some of the strange images that appear on cards from the era. "They're only odd to our eyes," Manchester Metropolitan University curator Stephanie Boydell told the BBC.

10. PUTTING ON A RIDICULOUS PLAY ABOUT ST. GEORGE

Christmas pantomimes are still enormously popular in England, but in Victorian times a different sort of comic play was the toast of the Christmas season: St. George and the Dragon. In the play the hero knight (St. George) slays the dragon, but audiences are also treated to other odd characters, including a comic doctor who revives injured parties and Father Christmas, "personified as a grotesque old man," who did not give out presents. "I am not come here to laugh or to jeer, but for a pocketful of money, and a skinful of beer," goes one version of the custom.

"I have suffered much from Christmas games," William L. Alden wrote in 1900. "I have played blindman's-buff and caught the corner of a particularly hard pianoforte with my forehead." This popular Victorian Christmas parlor game, in which a blindfolded person chases after hiding guests (like the game of tag), was notoriously dangerous — perhaps especially so after a festive libation or two. For all their austere reputation, Victorians knew how to throw a Christmas party.