"You need to be vaccinated. It's the law" 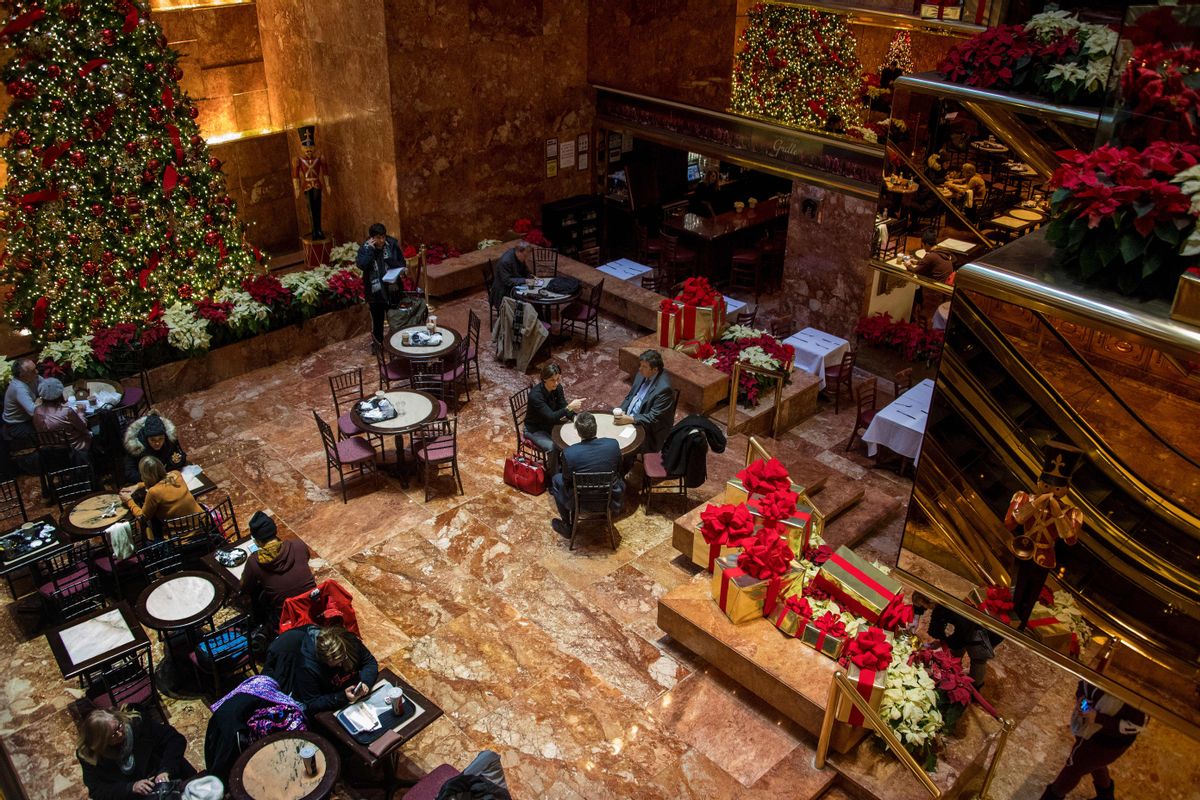 An anti-vaxxer reportedly was denied service at Trump Grill inside Trump Tower in New York City for failing to show proof of vaccination.

"Let's try this out. I'm out here at Trump Tower. I have not been inside since before COVID," the unidentified person says in a video posted to Twitter on Friday by PatriotTakes, a site dedicated to exposing right-wing extremism.

"Let's see what's going to happen, if they will let me eat at the grill," the person says in the video, which was apparently shot with their cell phone.

Once inside, the mask-less anti-vaxxer shows viewers a sign outside the grill stating that New York City requires indoor restaurant patrons to be vaccinated.

As the person wanders the lobby, a Trump Tower employee appears to ask them to put on a mask, warning that they could face a $1,000 fine from the city.

The person points out that there is a police officer nearby who's not wearing a mask.

"I'm talking to you," the Trump Tower employees responds. "Just put your mask on, that's all you have to do."

"I'm so pissed," the person says into the camera after putting on their mask.

When the person approaches the restaurant, another employee asks them for proof of vaccination. "You need to be vaccinated. It's the law," the employee says.

"It's a mandate; it's not a law," the person responds. "So I'm not allowed to sit if I choose not to take an experimental drug? ... There you have it, everyone, proof that at Trump Tower, at Trump Grill ... unfortunately I cannot sit in here."

While heading for the exit, the person takes off their mask and says, "They're choosing to comply, when you have businesses in New York City ... that are not complying ... not asking for masks, not asking for vaccination."

As the person is walking out, a Trump Tower employee can be heard saying, "You got a mask with you?"

Watch it in five parts below.