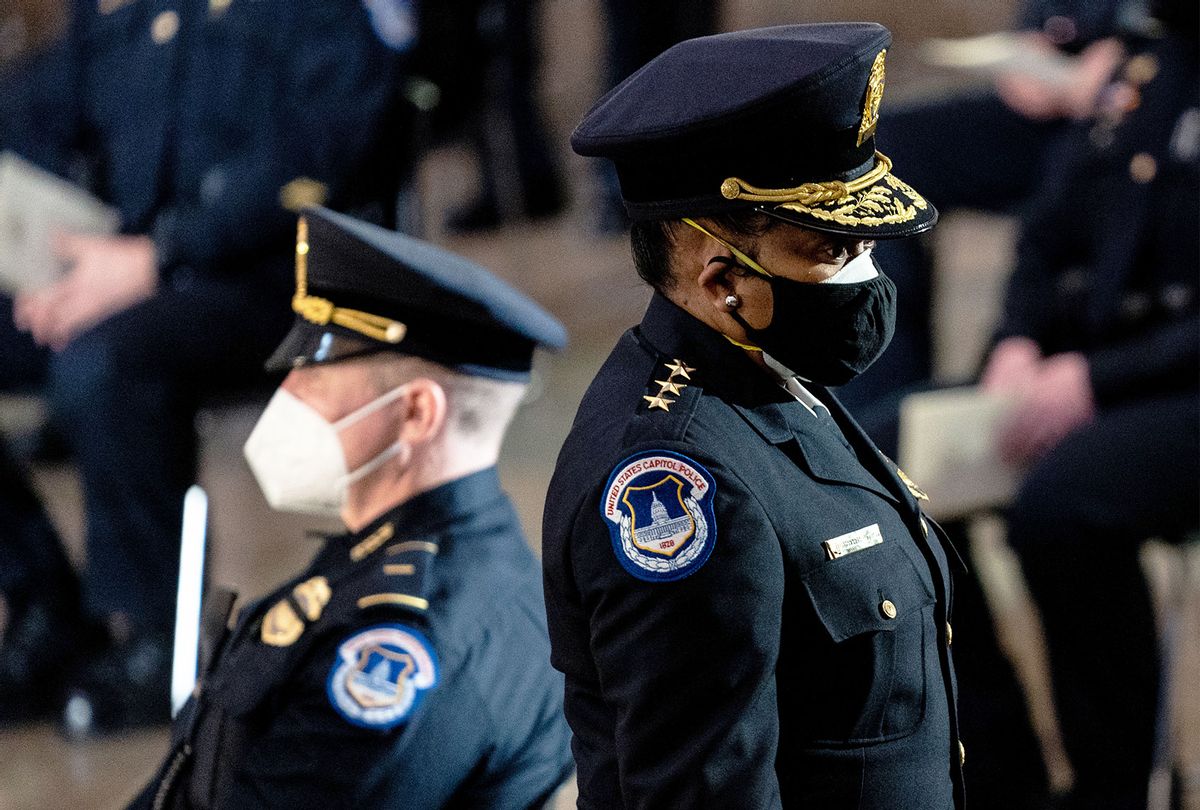 U.S. Capitol Police Acting Chief Yogananda Pittman departs at the conclusion of a congressional tribute to the late Capitol Police officer Brian Sicknick who lies in honor in the Rotunda of the U.S. Capitol on February 3, 2021, in Washington, DC. Officer Sicknick died as a result of injuries he sustained during the January 6 attack on the U.S. Capitol. He will lie in honor until February 3 and then be buried at Arlington National Cemetery. (Erin Schaff-Pool/Getty Images)
--

According to a new report from Politico, a whistleblower says the January 6. Committee and the Capitol Police may be in cahoots.

"They're not going to do a real review of the Capitol Police," the whistleblower told Politico. "I think it's a chilling effect that they're in bed with the general counsel."

Politico says it confirmed that the whistleblower was a part of the Capitol Police and was present on Jan. 6., but has since left the force. The whistleblower told Politico that he became alarmed that the department may be intimidating it's own staffers to not divulge information to the committee's investigators.

A lawyer never attended his interview, but the whistleblower said police department lawyers are scheduled to be at future interviews with other Capitol Police personnel. The whistleblower told Politico "It's obvious that they [USCP] wants to intimidate people and no one's going to say anything bad about the department or anything that went on with the lawyers sitting in the room."

In the whistleblower's own interview, he tried to explain how the department handled intelligence and internal processes that led to the Jan. 6 attack, but the investigators were uninterested.

The whistleblower was also interviewed by other committees and compared to the Jan. 6 committee, he said those were much more substantial.

Politico has spoken with the whistleblower before and he has intensely criticized the department before. Referring to senior leaders in the department in a letter to congressional leaders, he wrote "The failures and inactions of these two prior to and on the 6th unquestionably contributed to the death of officers and the . . . death of citizens and caused harm to the reputation of Congress, the USCP and other commanders."