When it comes to ginger beer, the hotter the better 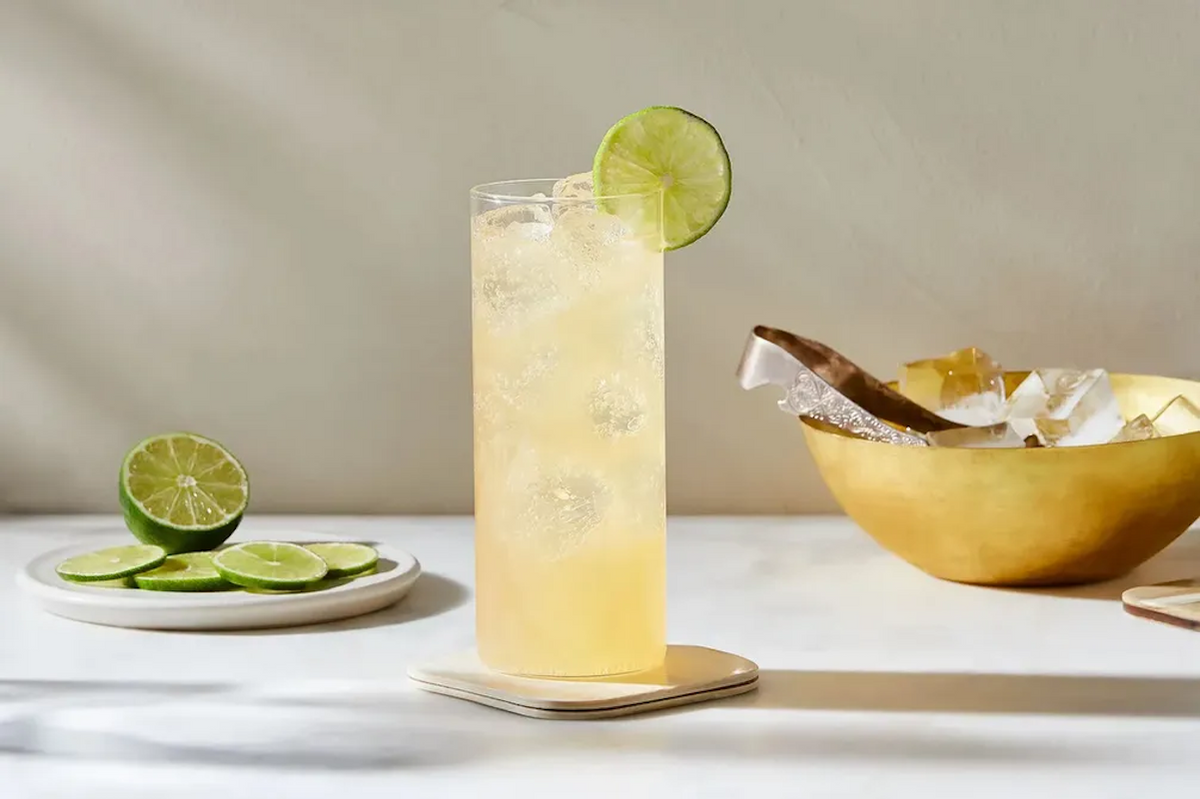 When I was five, I vividly remember shouting, "Lawd, mommy, it's hot!" The hot referred, not to temperature, but the intensity of my grandma's home-made ginger beer. That was 1988, and I was spending weeks watching the bottles of ginger beer ferment in the pantry, on tenterhooks until I could take my first sips of the cloudy liquid that taunted me every time I went for a biscuit. One night we heard a bang followed by hissing. My dad sprang into action to defend us while I, like a schmuck cast in a horror-comedy, ran towards the commotion. There was ginger beer everywhere, and half of a broken bottle spun like a dreidel on the kitchen floor.

The carbon dioxide in the bottle swelled so much that the lid had flown off, and the glass exploded. There in the small hours of morning two days away from Christmas, my parents decided that since they were up and the smell of ginger beer was so enticing, they might as well "test" the other bottles to ensure they were ok. I had my first sip. Whined. Had some more. I succumbed to ginger beer's beguiling taste. It's now one of my favorite beverages, and I look forward to making a large batch whenever I'm home in Jamaica.

Though an integral part of a Jamaican Christmas, ginger beer first appeared in 18th century England. But how did Georgian England popularize a drink based on a spice that dates back to the 1st century AD in South East Asia? The answer: The Dutch-Portuguese War, aka the Spice Wars.

For centuries, the Portuguese controlled much of the sea trade between Europe and Asia, filling the void left by the fall of the Roman Empire. The first Portuguese ship arrived in India in 1498. By the dawn of the 17th century, Indian ports became integral trading posts, and Portugal, England, the Dutch Republic, France, and Denmark-Norway all squabbled for dominance. In 1602, the Dutch East India and West India Companies took Portugal to war to control the major spice routes. The Spice Wars went on for 59 years, the first 38 of which England supported the Dutch forces. And to allies go the spoils.

Ginger beer rose in popularity as a home-brewed, low-alcohol "soft drink,"a safer alternative to often-contaminated water. Though it's called a beer, it contains neither wheat nor barley. The fermentation is that of the ginger combined with sugar — a crop that built empires. Europeans colonized the Caribbean and exploited enslaved workers on sugar plantations to satisfy the collectively voracious sweet tooth of the continent.

Per Michigan State University archeology archives, "Powered by the labor of enslaved Africans, French- and English-controlled Caribbean plantations became the world's biggest sugarcane producers. By 1655, England also controlled Jamaica, the Caribbean's most prolific producer of ginger, with over two million pounds exported to Europe each year. Jamaican ginger was considered especially flavorful and was a prized ingredient in ginger beer." However, by the early 18th century, ginger beer in England had reached "11% alcohol by volume." With the dawn of Prohibition across the pond, ginger ale eventually eclipsed its zestier cousin. But that would not stop the Gosling father and son duo from inventing the Dark' N' Stormy, a rum and ginger beer cocktail sometime after World War 1." Thus, I reckon, influencing the Moscow Mule's invention in 1941 at the tony Chatham Hotel in New York.

Besides the quality of the ginger, what gives homemade ginger beer its unmistakable zing, especially when compared to non-organic commercially-made brands, is the delicious funkiness of the symbiotic culture of bacteria and yeast (SCOBY). Yes, the same culture that gives kombucha its unique throat-tickling, lip-smacking tingle is there in homemade ginger beer. However, across the island, what to do with the SCOBY differs. Some families strain it off entirely and toss it, others strain and save the SCOBY for future batches, and some shake the bottle up and consume the cloudy piquant beverage in small amounts, almost like a tonic.

However, you choose to have your ginger beer, don't forget to use brown sugar — the molasses content contributes to Caribbean ginger beer's distinct flavor. And add my grandma's not-so-secret ingredients, cream of tartar (which hastens the fermentation process) and whole cloves.

This is my grandmother's recipe, which yields around 15 one-liter bottles of ginger beer. The least I've ever made was a few years ago when I cut the recipe in half.

Directions: Fill a stockpot with three gallons of water, take out a few cups to blend the ginger and bring the rest to a boil. Remove the pot from the heat, add ginger puree, sugar and cloves. Cover the stockpot and let the contents steep overnight. Add lime juice, cream of tartar, mix and strain. Place in bottles or air-tight jars and let ferment for a week before serving. If you're impatient, you may pop open a bottle after two days.

To make only a few bottles of ginger beer (approximately 2.5 liters), here's how to do it: