"The Wheel of Time" has a Moiraine problem: She’s too interesting

As the wheel weaves its final episode of the season, I reflect on how the intriguing show could do better 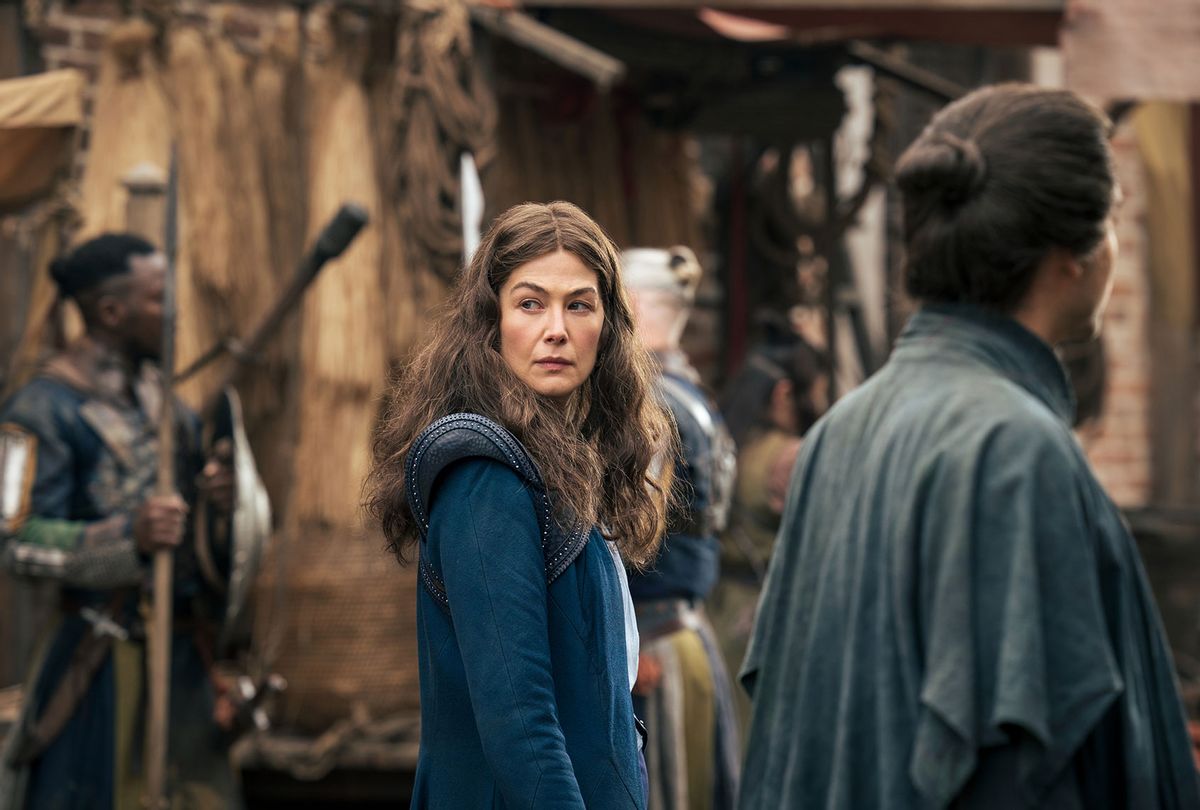 "The Wheel of Time" is the new fantasy hotness. The Amazon series is now [seven] of eight episodes into its first season, and while it's been somewhat divisive among critics and fans of Robert Jordan's book series (I've currently reading Book 4, for reference), I've enjoyed it pretty much from the start. Sure, it's kinda cheesy in places and the some of the characters don't run as deep as I'd like, but it's got heart, terrific production values and a cast and crew who believe in it. The story — five fantasy ingénues go on an epic quest to discover if they're the chosen one — is appealingly simple, but gets knottier and more intricate as the series goes on, and so far I think the show is doing a good job of balancing the mythic with the ordinary, the magic with the reality.

Up until now the show has been good with occasional glimpses of greatness, like when Moiraine gave a speech about Manetheren in the second episode. But the sixth episode, "The Flame of Tar Valon" was my favorite episode by far.

Episode 6 revolves around Moiraine Damodred, played by Rosamund Pike; apart from the cold open, she's in every single scene. From the beginning, Pike has been the best performer in the cast and Moiraine the most compelling character. She's strong, wise and noble-hearted, but also driven, secretive and manipulative. She's a complex character and Episode 6 shows that off. She lies to characters we like in order to keep control over the situation; she shows real vulnerability through her relationship with Siuan Sanche, the leader of the Aes Sedai; and she rallies the troops to take them on a quest that could save the world . . . or doom it.

The whole thing is very well suited to Pike's skillset. Moiraine is a character who prefers to keep her real feelings and motivations under the surface. She's very careful about what she gives away to which character, so she acts different with Liandrin than she does with fellow members of the Blue Ajah than with the Emond's Fielders than with Siuan Sanche. This episode finally breaks her surface, and scenes that could have been ordinary suddenly have levels. For example, when Siuan banishes Moiraine from the White Tower, it's genuinely painful, both for obvious reasons — Moiraine is being publicly humiliated and sent away from her sisters — and because of the more intimate bond we now know Moiraine and Siuan share. It's also political theater, because the two worked this out ahead of time. It's thrilling to watch. The whole episode is a showcase for both Moiraine and for Pike, and they both nail it.

Moiraine isn't the main character of "The Wheel of Time" . . . even if she should be

But there's a caveat to all this: "The Wheel of Time" isn't about Moiraine; it's an ensemble piece at least as much about Rand and Perrin and Egwene and Nynaeve and the rest as it is about her. But so far, the show is unquestionably at its best when Moiraine is onscreen.

That's not to say the other episodes haven't been fun. I enjoyed Egwene and Perrin traveling with the Tuatha'an, and Rand and Perrin's encounter with a Darkfriend was memorable. But they all felt a little more like standard fantasy fare next to the Moiraine scenes, which are on another level when it comes to subtlety and depth of feeling. I like the show, but "The Flame of Tar Valon" is the only episode I might love.

At first, I was just happy "The Wheel of Time" wasn't terrible. But it'll take more than "it doesn't suck" for the series to have a long life, let alone become the rival to "Game of Thrones" Amazon so obviously wants it to be. It will need to find a way to make the rest of the characters as exciting and engaging as it's made Moiraine, who I'm convinced is the favorite of showrunner Rafe Judkins. I don't blame him; she pops off the page, too. But an epic, sprawling series like this can't subsist on one fabulous sorceress alone. Hopefully the writing team is of diverse enough taste to spread the wealth around.

Happily, "The Wheel of Time" can afford to play the long game; there are 14 books to adapt and Jeff Bezos' deep war chest to run through. I want "The Wheel of Time" to be a hit, both because I like the series and because I want the TV fantasy craze started by "Game of Thrones" to continue. With true believers like Judkins at the helm — I hope he's put up safeguards against potential burnout — and characters like Moiraine to light the way, this could be the start of something very special.