"You thought there was a lot of sex in 'GAME OF THRONES'?" the author writes on his Not a Blog 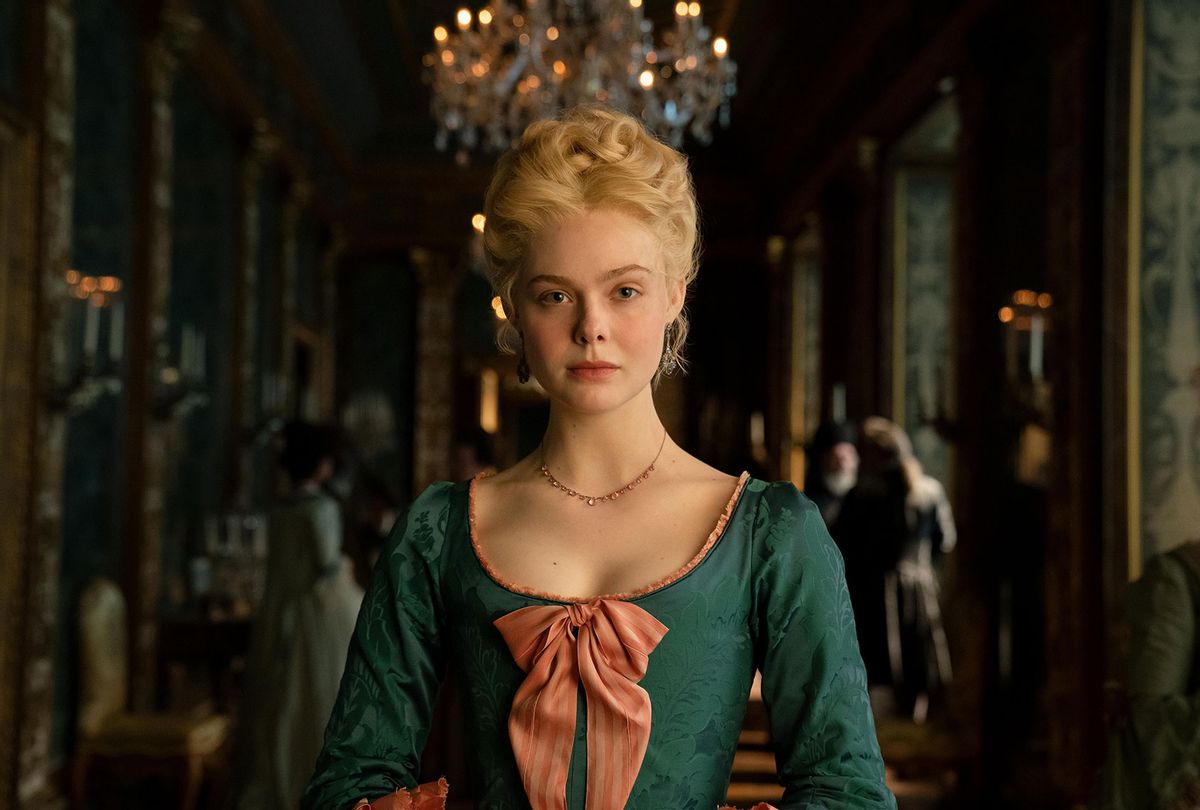 Elle Fanning as Catherine in "The Great" (Gareth Gatrell/Hulu)
--

"A Song of Ice and Fire" author George R.R. Martin is behind the most successful fantasy show of the past decade — "Game of Thrones" — so it stands to reason that he'd have good taste when it comes to other fantastical series, including those ostensibly based in real-world history.

So it with "The Great" on Hulu, which technically is about the ascension of real-life Russian empress Catherine the Great. But as Martin quips on his Not a Blog, "I would not recommend the series as a way to pass your course in Russian history." But what does that matter when the show is "insanely good"?

It is funny, exciting, full of twists and turns and an amazing cast of characters. And bawdy. Very very bawdy. You thought there was a lot of sex in 'GAME OF THRONES'?  Hoo hah. The dialogue is sharp, witty, often laugh out loud hilarious, and the cast… there are a LOT of fine actors in this one, but I have to single out Nicholas Hoult. His take on Tsar Peter III is a delight… and it still boggles me when I remind myself that this is the same guy who played J.R.R. Tolkien so well in TOLKIEN. That's some range.

Martin is a student of popular history, but when it comes to stories, he's more about the imagination. Several events in "Game of Thrones" are inspired by things that actually happened, such as the Red Wedding taking cues from the real-life Black Dinner, but he mixes and matches freely and makes most of it up. Of course he'd be down for "The Great," which proudly declares itself "an almost entirely untrue story."

Where to watch "The Great"

For the record, the life of Catherine the Great (played by Elle Fanning on the show) is pretty interesting. She successfully mounted a coup against her husband Peter and then become Russia's longest-reigning empress, presiding over a revitalization of Russian culture and influence.

But what's even better is to take that base and spin a bunch of tall tales on top of it! "I have no idea where they can possibly go third season," Martin ruminated, "though likely not where history went."

You can watch "The Great" now on Hulu.