Poor People's Campaign, progressive members of Congress vow to fight on for BBB 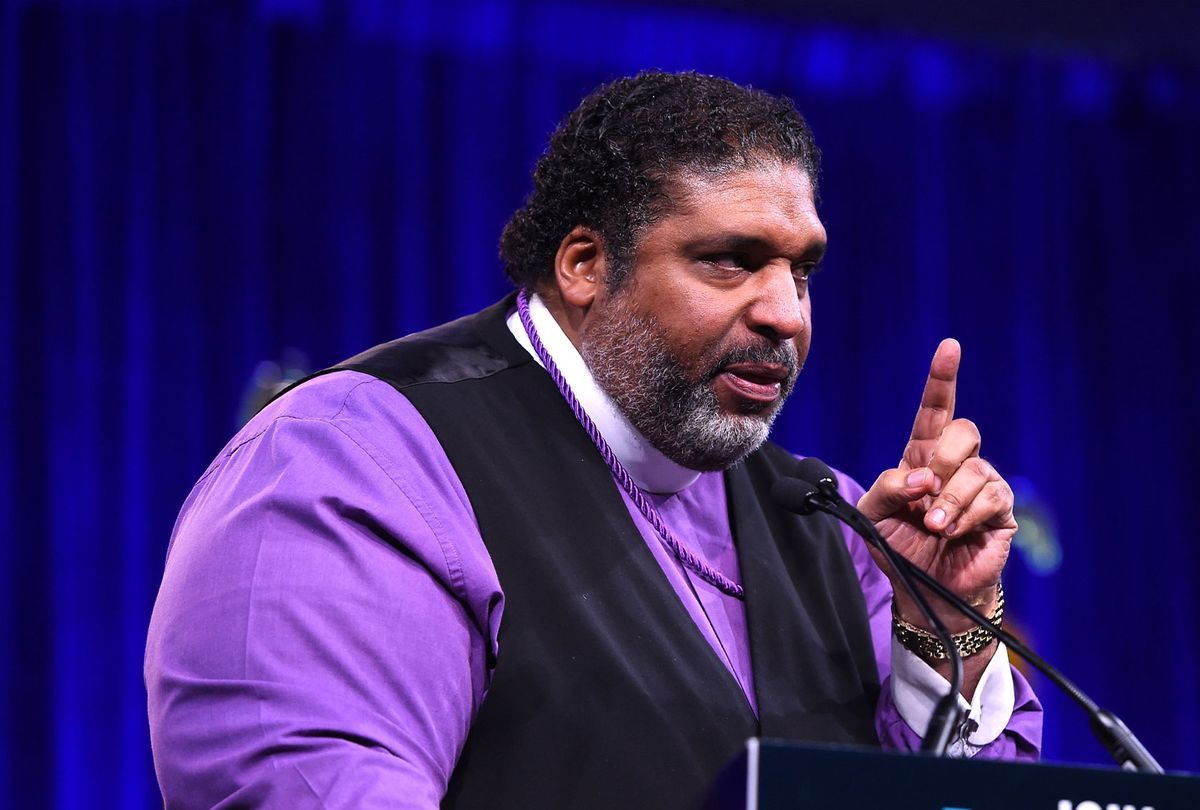 This article originally appeared at Inequality.org. It is licensed under a Creative Commons Attribution-Share Alike 3.0 License.

In a defiant Christmas Eve press rally, the Poor People's Campaign and other progressive leaders vowed to continue to fight for the Build Back Better Act, despite opposition from West Virginia Sen. Joe Manchin.

"Sen. Manchin is playing a Caesar or at least a King Herod in today's Christmas story," said the Rev. Dr. Liz Theoharis, a co-chair of the Poor People's Campaign. "He's saying there's no room in this democracy for the 140 million poor and low-income Americans, including the 700,000 West Virginians who've been locked into poverty and low wages under his watch. He wants to limit poor children's lives just so he can hold on to his power and wealth. On Christmas Eve, doesn't this indeed sound like Herod?"

The Poor People's Campaign has held numerous rallies and acts of civil disobedience over the past year in support of the Build Back Better Act, while acknowledging that the legislation would be just a first step towards a moral economy.

Campaign co-chair Rev. Dr. William Barber II zoomed into the Christmas Eve press event from a church in Charleston, the capital of Manchin's state. He introduced several local affected people and community leaders who lambasted their senator and others who've stood in the way of the landmark public investment bill.

Barber also introduced two members of Congress, Progressive Caucus Chair Pramila Jayapal, D-Wash., and Rep. Barbara Lee, D-Calif., who were instrumental in getting the Build Back Better Act through the House. Jayapal took particularly intense heat over the past several months as she used her caucus's power to prevent her own party's leadership from holding scheduled votes on the bill until progressives won certain concessions.

With support from every Democrat in the Senate needed for passage, Manchin's recent announcement that he won't vote for the bill is a major setback. But Jayapal, who has a history in the immigrant rights movement, remains positive.

"If the things we're fighting for were easy," she said at the press event, "we would've gotten them a long time ago. And because we're organizers, we don't give up. Our strength comes in these moments. Our job as progressives is to push on the borders of what others think is possible."

Barber, who has relentlessly criticized Manchin for blocking the bill, brought up recent news reports that the senator has privately told colleagues that parents would spend Child Tax Credit money on drugs. "Doesn't he understand that opioid use is connected to poverty?" he asked.

A year-long extension of this tax credit, which has slashed U.S. child poverty by an estimated 40 percent, is a key component of the legislation, along with other major investments in child care, home care for the elderly, public housing, universal pre-K, expansion of Medicare to cover dental services, clean energy jobs and more.

"Sen. Manchin's comments in opposition to Build Back Better were incredibly disappointing," she continued. "But we're not giving up. Because when we fight, we win."

The Poor People's Campaign is planning to mobilize a surge of calls to Manchin's office in early January and, while not giving details, Barber hinted that the day after the country marks the anniversary of the Jan. 6 "insurrection," the Campaign will be organizing a "resurrection."

"We would've loved to have gotten Build Back Better and voting rights passed earlier this year," Barber said. "But our deadline is victory."

Read more on the battle for Build Back Better: