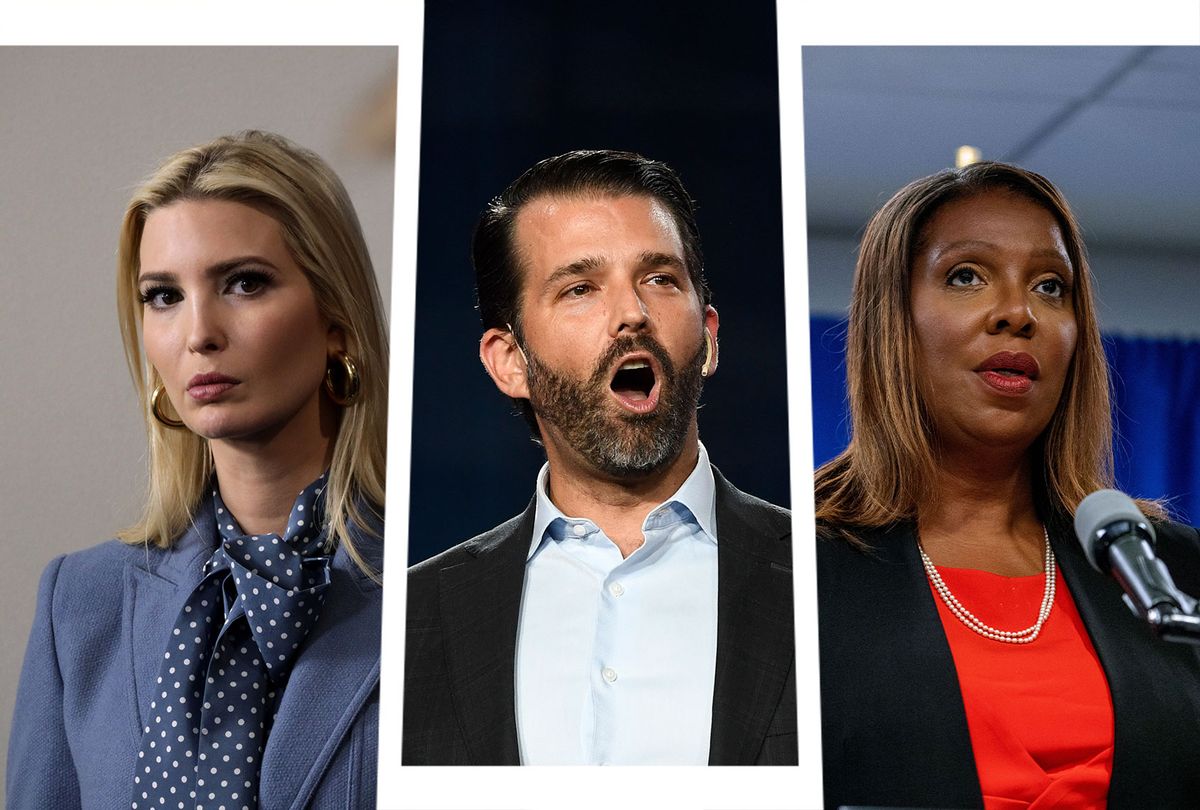 The subpoena was originally issued on December 1, according to a document filed Monday. As The New York Times points out, that is when it was first revealed that the former president had been asked to sit down with James' legal team. According to Monday's court filing, both Don Jr. and Ivanka Trump appear to be challenging the move. The two will now be named as respondents in James' ongoing inquiry.

Before assuming the presidency, Donald Trump handed the keys to his two sons and Allen H. Weisselberg, the company's longtime chief financial officer who stands accused of raking in $1.7 million worth of company perks during a 15-year tax avoidance scheme.

The state's civil probe is aimed at gathering information into Trump's alleged inflation and deflation of certain business assets for tax and lending purposes, including his Seven Springs estate in Westchester County and the Trump International Hotel & Tower in Chicago.

James' investigators are working in parallel with a criminal inquiry led by Manhattan District Attorney Cyrus Vance, who indicted Weisseberg back in September. Vance's probe, which spans three years, was joined by James back in May.

Throughout the years, Donald Trump and his allies have repeatedly sought to downplay and delegitimize both of the probes. In a lawsuit against James filed last Monday, the former president alleged that the attorney general is "guided solely by political animus and a desire to harass, intimidate, and retaliate against a private citizen who she views as a political opponent." The suit cited numerous criticisms James leveled at Trump over social media during his time as president.

"Neither Mr. Trump nor the Trump Organization get to dictate if and where they will answer for their actions," James said in response.

Neither Trump nor his family members have been formally charged with any criminal wrongdoing. Donald Trump's son, Eric, who serves as the executive vice president of the Trump Organization, was questioned in the case back in October 2020. If the eldest Trump children do not comply with the attorney general's subpoenas, James can take them to court and legally compel them to appear for an interview.