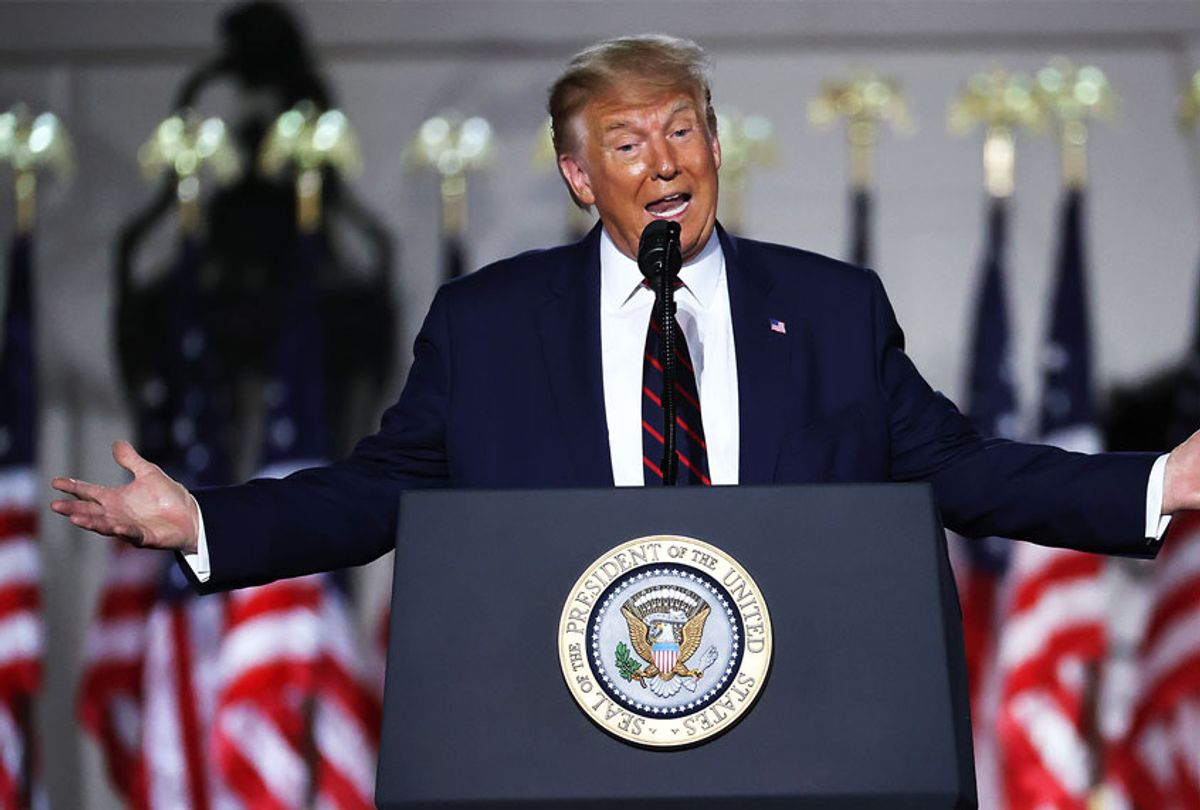 Former President Donald Trump abruptly canceled his planned speech on the anniversary of the Capitol riots on January 6th.

In a statement released on Tuesday, Trump said he was cancelling the speech "in light of the total bias and dishonesty of the January 6th Unselect Committee of Democrats, two failed Republicans, and the Fake News Media."

He then went on to lob insults at members of the committee, as well as assorted political foes, including "Adam Schifty Schiff" and "Crazy Nancy Pelosi."

Trump tried to blame Pelosi for supposedly not doing enough to stop his supporters from rioting at the Capitol, and also demanded that the House Select Committee investigating said riot look into his baseless claims of voter fraud.

"This was, indeed, the Crime of the Century!" the twice-impeached former president falsely claimed.

Trump also vowed that he would relitigate these topics during an event with supporters in Arizona.

Read the full statement below.