“You're making us think, maybe the Republican Party is as worthless as we suspected it was," Carlson ranted of Cruz 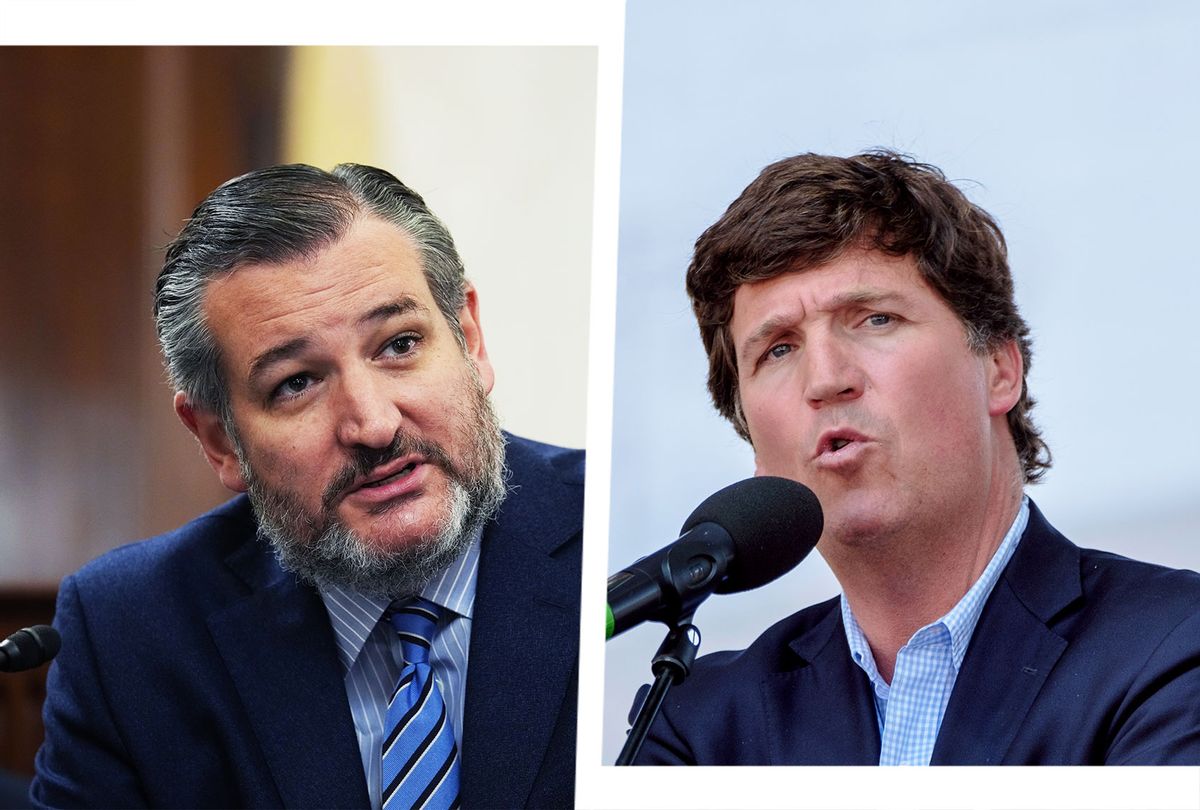 Fox News host Tucker Carlson tore into Sen. Ted Cruz, R-Tex., on Wednesday for calling the Capitol riot a "violent terrorist attack," accusing the Texas Republican of "repeating the talking points that [Attorney General] Merrick Garland has written for him."

Carlson's comments came in response to comments made by Cruz during a Wednesday Senate Rules committee hearing, where the senator remarked upon the "solemn" anniversary of the Capitol riot.

"We are approaching a solemn anniversary this week," Cruz said. "And it is an anniversary of a violent terrorist attack on the Capitol, where we saw the men and women of law enforcement demonstrate incredible courage, incredible bravery, risk their lives for the Capitol."

Carlson, who has repeatedly downplayed the insurrection, did not take well to Cruz's off-brand remarks.

"Now let's be honest," Carlson said during a Wednesday broadcast. "Everyone who's conservative appreciates Ted Cruz. You may not like him. But you've gotta appreciate him. He's legitimately smart. He's one of the more articulate people to serve in the Congress, maybe the most articulate."

RELATED: How to stop an Insurrection Caucus: These reforms could reduce GOP extremism and save our democracy

After sufficient flattery, the Fox News firebrand then proceeded to lambast Cruz's word choice when describing the Capitol riot.

"What the hell's going on here?" he added. "You're making us think, maybe the Republican Party is as worthless as we suspected it was. That can't be true. Reassure us, please, Ted Cruz."

Both the FBI and the Congressional Research Service have classified the Capitol insurrection as an act of domestic terrorism.

Although Cruz is a member of the "Sedition Caucus" – a group of eight Republican senators who voted to reject the Electoral College vote count for Arizona and Pennsylvania – his comments nevertheless drew widespread scorn from conservatives who were quick to point out his apparent lack of fealty to the party.

Donald Trump aide Sebastian Gorka also chimed in, remarking on Trump's sudden cancellation of a press conference set for the anniversary of the Capitol riot. "I'm so done with Ted Cruz. What are the odds he's the Senator who told President Trump not to speak tomorrow?"