How pepper went from "black gold" to everyday seasoning

You can’t pay rent with the spice anymore, but it’s still well worth your money 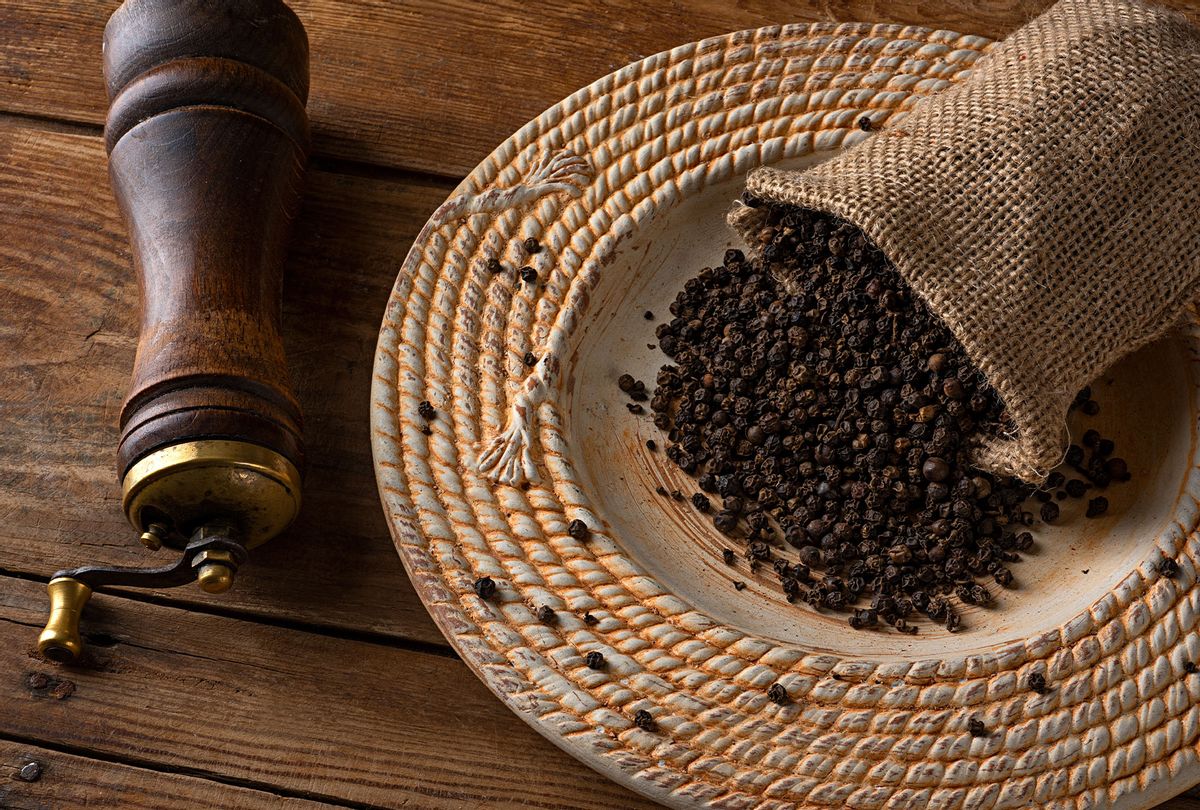 It was Britain's enterprising nature and quest for food that led to colonization — and effectively changed global cuisine, suggests Lizzie Collingham in "The Hungry Empire." There's no question the spice trade made a permanent impact on the way we eat, one of the largest being the discovery of black pepper. Native to the Malabar Coast of India (present day Kerala), black pepper, or Piper nigrum, is a flowering vine that is cultivated for its fruit, the peppercorn. Regarded as the world's most traded spice, black pepper gets its spicy warmth from a compound called piperine. Now considered a commonplace ingredient in the pantry (right after salt, and often ground into dust and left to sit on supermarket shelves for long before it's used to season food), black pepper's treatment in many kitchens can only be described as unfortunate. We seem to have forgotten about its glorious early years — and its contribution to myriad styles of cuisine.

The spice trade started before the Common Era, with Arab merchants in the Middle East who controlled and conducted the luxury goods business along the Silk Road, an important pathway that connected Asia to the Middle East and other parts of North Africa and Europe, which eventually led to the Romans entering the market. While there are records of black pepper in ancient Greek and Roman texts, the spice was largely popularized in the late 15th century, after a discovery by the Portuguese explorer Vasco da Gama on the shores of Calicut (present day Kozhikode), India — the spice was so abundant, it ultimately led to Portuguese domination of the area.

Black pepper also had nutritional properties, endearing it to traders: the Greeks used it to reverse the effects of hemlock (the same poison that killed Socrates); it was also used as a cure to many ailments, such as hemorrhoids, diarrhea, and other digestive complications. Its increasing popularity led to soaring prices and ultimately valued the spice quite high, so much so that in parts of the world, people paid rents, taxes, and dowries with the spice. So popular was pepper that it earned the monikers "black gold" and "king of spices."

While it's no longer quite so desired, Chef Regi Mathew of Kappa Chappa Kandhari, a restaurant in Bengaluru, India, said that black pepper remains extremely crucial in South Indian cuisine, specifically in Kerala, and is used in various stews, roasts, and rasam — he even adds it to his garam masala (many regional iterations of the spice blend do not use black pepper). The humid climate and heavy rainfall in Kerala helps the vines flourish, Mathew noted, adding that the best black pepper is procured in Wayanad, a district in the state. He personally likes to use black pepper at the end of the recipe, either ground or whole, to keep the flavors intact.

While black pepper's popularity is strong in South and Southeast Asia and Europe, it didn't make as strong a mark in East Asia (curiously, white pepper, a berry of the same plant but having undergone different processing, is quite common in culinary traditions of the area, particularly in China). Chef Leong Then, Asian Chef de Cuisine at the Four Seasons in Bengaluru, told me: "Though not used extensively, black pepper does have its place in Chinese cuisine. It isn't hands-down spicy, but certainly has that bite to it, and gives any dish a lift, especially a stir-fry."

"Black pepper as a spice is something that's so often overlooked," said Sana Javeri Kadri, founder of equitable spice company Diaspora Co. "It's a kitchen staple that's taken for granted, so people don't always stop to consider how their pepper has been sourced, what sort of labor practices go into growing and harvesting it, or how good the quality is." This attention is likely why Diaspora Co.'s Aranya Pepper — also sourced in Wayanad — which was just recently restocked, is so popular. "It's one of our biggest sources of pride, both with regard to taste but also with how it's being produced: It's vine-ripened, hand-harvested, and sun-dried."

Though today, for many, pepper may be just an afterthought, it's clear from Diaspora Co. and other single-origin spice companies that it's returning to the front of mind — when grown and harvested thoughtfully.

"All black pepper, regardless of where it's grown, is from the same species of plant, so when you taste differences between them, what you're actually tasting is the terroir — the climate, the soil, and the expertise of the farmer who grew them," said Ethan Frisch, co-founder of Burlap & Barrel. "It's easy to tell when black pepper is grown by a really good farmer — you'll taste the intensity and complexity that's missing from commodity spices."

More and more, chefs also hope to avoid seeing pepper dismissed as just something to place on the table in a shaker next to salt. "There's been a huge increase in the use of black pepper over the last two decades, and we are definitely seeing it used more steadily and liberally," said Anshu Anghotra, Executive Head Chef at The Connaught in London.

Executive Chef Mario Perera of The Dorchester, London, who hails from Sri Lanka, feels the same way. For him, "black pepper is one of my top five favorite spices, and a key ingredient for my cooking. Given my roots, flavor, seasoning, and spice are very important to my heritage and have heavily influenced my cooking."

While some might feel that black pepper is just like any other spice, it's pretty evident that black pepper, both in and outside the kitchen, has a lot more to offer than what meets the eye.