WATCH: Trump attacks "gutless" Ron DeSantis for refusing to say if he got the COVID booster

Trump's ego appears to be badly bruised by his close buddy 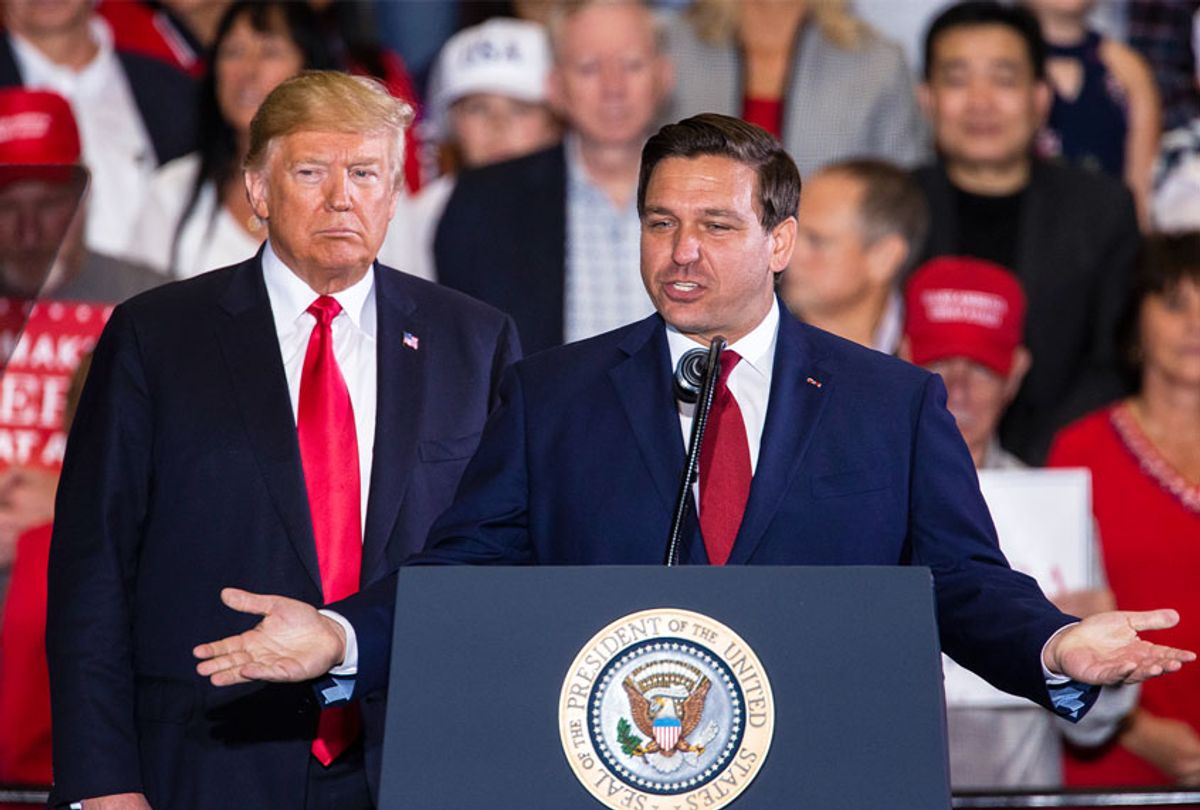 "I've had the booster," Trump told One America News Network in an interview. "Many politicians, I watched a couple of politicians be interviewed and one of the questions was, 'Did you get the booster?' Because they had the vaccine, and they're answering like — in other words, the answer is 'yes,' but they don't want to say it, because they're gutless. You gotta say it, whether you had it or not, say it."

Trump's recent statements in support of COVID-19 vaccines have prompted some of his supporters to turn on him.

DeSantis, a potential GOP presidential candidate in 2024, has been far less enthusiastic about promoting vaccines.

DeSantis reportedly received the single-shot Johnson & Johnson vaccine last spring. In December, during an interview on the Fox News Channel, DeSantis was asked whether he had gotten a booster.

RELATED: Trump's bad-mouthing Ron DeSantis to Mar-a-Lago guests, who suspect it's about 2024

"I've done whatever I did, the normal shot, and that at the end of the day is people's individual decisions about what they want to do," DeSantis responded.

"I am not privy to the governor's private medical decisions and am unable to share information about his booster status," Pushaw responded. "Governor DeSantis has consistently said that vaccination (and by extension, boosters) should be a personal choice, and anyone who has questions or concerns should consult with a healthcare provider."