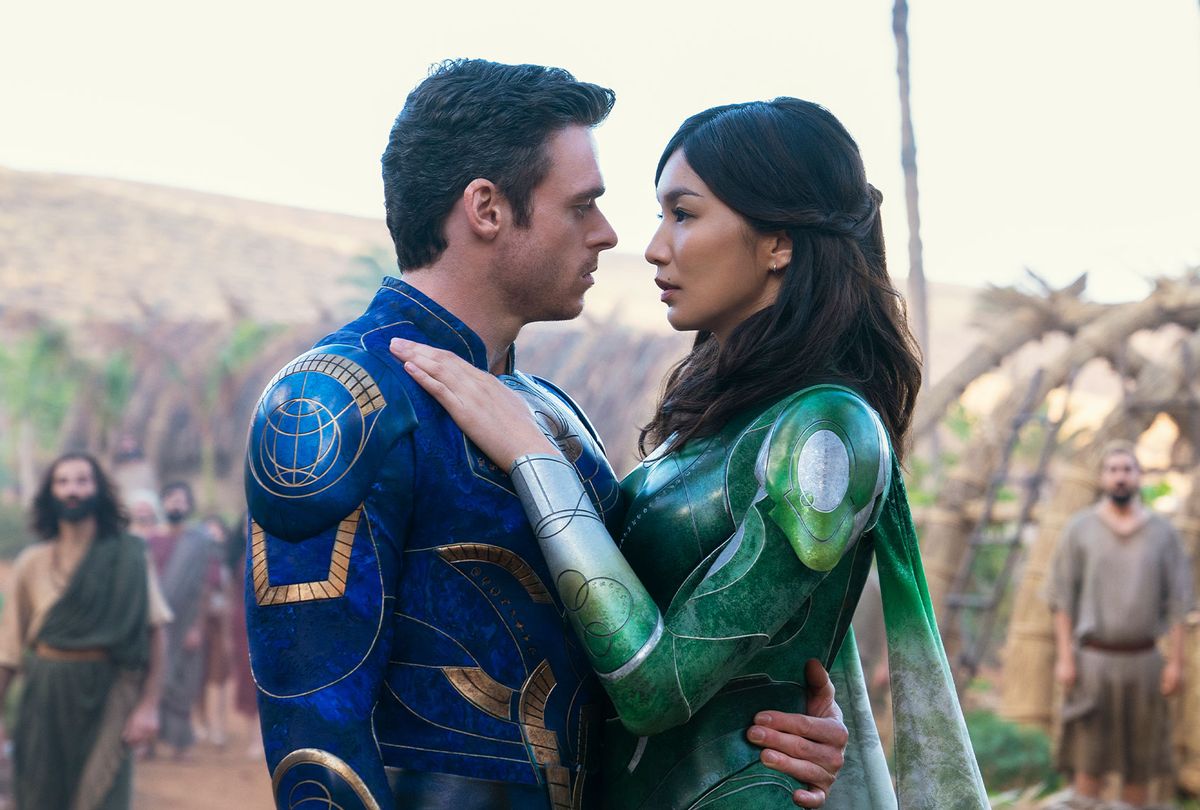 In the Marvel film "Eternals" you'll hear lines of Babylonian being spoken. It is the first major film to feature this ancient Iraqi language, which was spoken from at least 2000 BC to at least 500 BC.

Our knowledge of Babylonian comes from written sources, usually clay tablets in cuneiform script. The surviving body of these inscriptions, together with those in Babylonian's close relative Assyrian, comprises some 10 million words. Thanks to this huge documentation, the language is well understood, and we have a good idea how it was pronounced — it was written with vowels, and there are ancient transcriptions into the Hebrew and Greek alphabets.

As I am one of the few researchers in the world who specialise in the Babylonian language, Marvel brought me on board as consultant to do the translations for the film and make sure that the words were pronounced authentically. This involved me providing written text and audio recordings, which the actors processed with the help of the film's expert dialect coach, Sarah Shepherd.

I was not new to working with Babylonian in a film context, but "Eternals" presented a new set of challenges. For this language in particular, it's exceptionally difficult to come up with words for more informal and chatty conversations.

Translating into a long-dead language

My first foray into Babylonian in film was with a short I directed in the language ("The Poor Man of Nippur") with my students at the University of Cambridge. This was a dramatization of a Babylonian folk tale, and, though we smuggled in the odd line from elsewhere, it only used sentences from Babylonian sources. So the script didn't require us to compose anything new.

In 2019, I also worked for the film "Godzilla: King of the Monsters" translating a song into Babylonian for the soundtrack. The elegy-like song had a "heroic" feel to it, and was quite similar to the sorts of things found in Babylonian poems. This meant that I had clear models to follow, which helped a lot with my work. I think I did it in an afternoon.

"Eternals" was different. It did include a "heroic" speech, for which I had plenty of models. But there were also shorter, snappier, colloquial-sounding expressions, such as "Can I help you?" and "Thank you." These were much harder to translate, and really tested my grasp of the language to the limit. It was a paradox of the whole experience that things which sounded easy and natural to an English ear gave me kittens, while more highfalutin and complicated expressions proved much easier.

The difficulty in translating colloquial speech is that Ancient Mesopotamia was a world in which writing was a specific tool, used for specific things. Though we are lucky to have a huge mass of (wonderfully informative) documentation, most things went unwritten, and the tone of what did get written was rarely colloquial. This comes across very clearly in Babylonian private letters: they have a business-like, "transactional" character, with little or no chatty or gossipy messages to family and friends, such as we enjoy reading and writing today. For Babylonians, informal and chatty conversation happened only in speech, not in writing.

So, to come up with "chatty" Babylonian, I had to reassemble what we find in written documents, and generate expressions for which I had no exact models or parallels.

To take a simple example, early in the film the character Gilgamesh shouts, "Through the gate!" Babylonian documents normally use full sentences, with a verb, and it's hard to prove how they might have clipped them. Also, Babylonian has a separate word for "city-gate" (abullu rather than bābu), but it seemed to me that with the urgency of the moment Gilgamesh would have used the shorter, more basic word – a bit as if an English speaker said "gate" rather than "gateway." So I trusted in linguistic common sense, left out the verb, and made it ana libbi bābi "into the gate," pretty much like the English.

When two words become one

Despite what I've said about the difficulty of accessing "chatty" Babylonian, we do have occasional hints. For example, we know that the prepositions ina "in," "from" and ana "to, for" were sometimes run together with the word that followed. So "in the house" would become one word ibbīti, rather than the two-word ina bīti.

Another exciting challenge was that the film script included many English words that just don't exist in Babylonian — like "to thank," "to help," "to feel," "to vibrate," "legend" and "myth." This is, of course, a problem faced by all translators. There was no general rule for the conversions — each one had to be decided on a case-by-case basis. There was a lot of looking things up to check what phrases were available to me in existing Babylonian sources, to try and make sure everything sounded as "natural" as possible. Thus "myth" became "a lie of the singers," and for a character who needed to say that they could feel everything around them vibrating I literally had them say "everything around me is constantly touching me," combining the ideas of "feel" and "vibrate" into an "iterative" form of the verb lapātu "to touch." I should say that it sounds better in Babylonian than it does in English.

Plus, trying to find the right paraphrase was a stimulus to thinking about what the English words actually mean — how does "to help" differ from "to enable"? And what exactly are we doing when we "thank" someone? These, and others, are things I am still thinking about.

The whole "Eternals" experience was great training in processing Babylonian as a spoken language — something I have always tried to build into my teaching.