5 quick tricks to make school lunches so much better 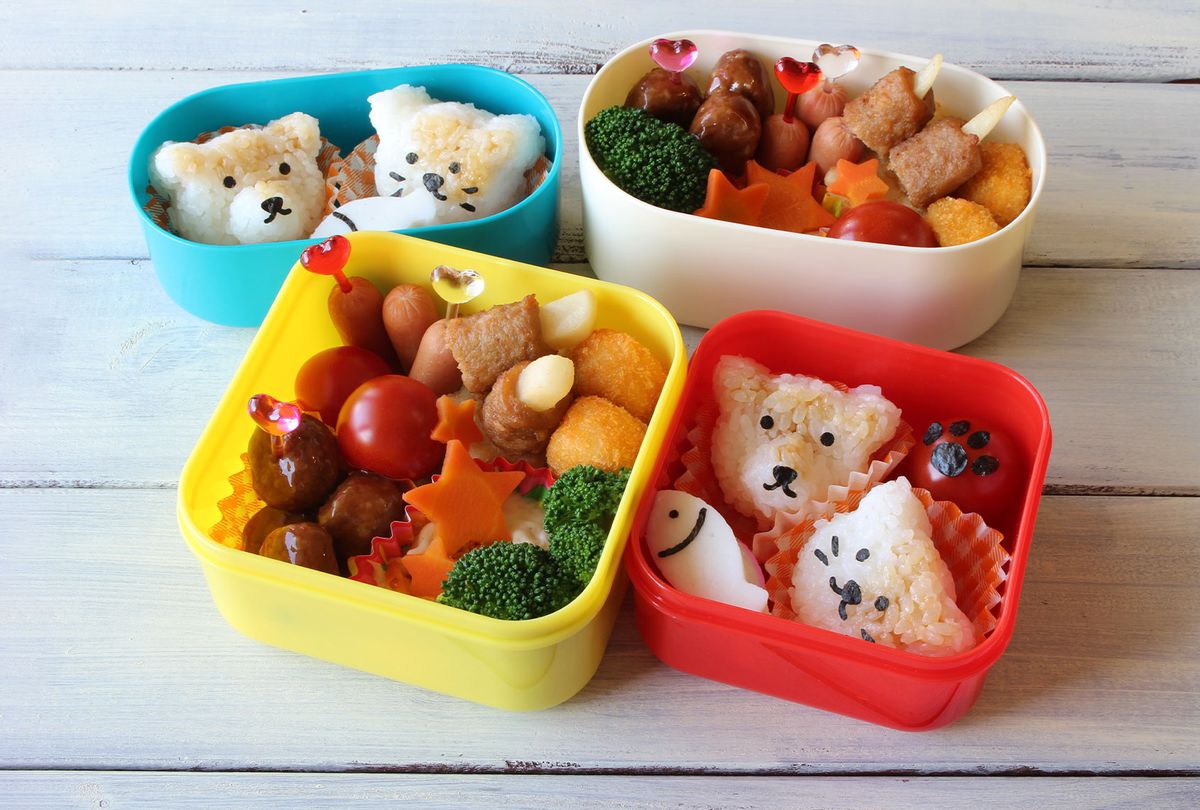 The bento-style lunches that TikTok star Jessica Woo packs for her three young kids are, in a word, amazing. "Let's make some lunch for my kids!" Woo announces at the start of most of her cooking videos. In one, Woo molds an adorable bear out of white ricecomplete with eyes, mouth, and paws made of delicate nori cutouts. In another, she conjures an entire Squid Game-inspired spread featuring hot dog "squids" and the show's iconic dalgona candy. It's little surprise that Woo's TikTok channel has more than 5.5 million followers. Her creations are enough to make us wonder: Can Woo make our lunches, too?

They're also enough to stir up some feelings of, ahem, inadequacy, in even the best of us — case in point, this hilarious guy. But fear not: You don't have to go all-out to improve your kid's lunch situation. Even Woo agrees. "It's just the little things," she says. Most of what's so impressive about her meals is the presentation, she adds, and even small adjustments can have a major visual impact. "If you're packaging it in this pretty way, [the food itself] can literally be dinner leftovers," she says.

Intrigued? Here are five ways to improve your kid's lunch without going overboard (or breaking a sweat). Who knows, maybe you're the next TikTok influencer in the making.

Kids love foods cut into cute shapes. We don't know why, but they do. Just roll with it. Woo cuts everything from sandwiches and cheese to fruits and vegetables into fun shapes like stars, hearts, and flowers. It might take an extra few minutes, sure, but the visual effect is huge. Plus, there's no need to buy a ton of gear. "Most people have cookie cutters at home," Woo says. "If you're making a sandwich, just use a cookie cutter to make it into the shape of a star." Her kids go wild for this trick, even if that "star sandwich" is just a pedestrian PB&J. As for the discarded edges? Woo usually eats them herself.

Rice is endlessly moldable, which Woo says is the secret to creating some of her most fun designs. Yes, you could create an uncannily accurate rice version of Olaf, the snowman character from Frozen, or you just make a couple simple rice balls, a.k.a. onigiri. Most of the time, Woo doesn't even use a fancy mold, instead roughly shaping things with plastic wrap or even her bare hands. Sometimes, she'll stuff her rice balls (or sushi rolls!) with foods that her kids might not otherwise touch, like new-to-them veggies. Best of all, "they'll end up liking it," Woo says. If that's not a parenting win, we don't know what is.

That precious white rice bear we mentioned earlier? In Woo's video, it's floating in a gravy of savory black bean sauce leftover from the previous night's dinner of jjajangmyeon, a popular Korean noodle dish. But reconfigured in lunch boxes the following day, it takes on a whole new life. "[Leftovers] make it easy — I just warm them up in the morning," Woo says.

Relying on leftovers also means she doesn't have to make everything from scratch, plus it gives her more time to add flair like her rice bear. The possibilities are endless: Stuff leftover stir-fry into a quesadilla. Chop up rotisserie chicken and toss it into a chicken salad. Literally anything — buttered peas, petite mozzarella balls, olives, the list goes on — can be thrown into cold pasta salads. In their new form, even the most mundane leftovers can "suddenly seem kind of exciting," Woo says.

4. Don't be afraid to accessorize

Woo's videos often feature delightful utensils, like these darling dog and cat-shaped food picks. Her children go gaga for them, because, well, they're just so gosh-darned cute. They may translate to a more thoroughly clean plate, too: If you've noticed that your Moana-obsessed kid is more likely to eat food off their Moana-themed plate, the same rule applies here. "It's kind of like a cocktail party!" Woo says. "You don't need all these things, but as you get more creative you can always add on all these cute little accessories." For what it's worth, Woo says her kids bring the food picks home so they can be washed and reused.

Even if you don't change a thing about your existing routine, consider secreting a handwritten note in your kiddo's lunchbox. In her notes, Woo often includes inspiring quotes by everyone from Nelson Mandela ("Education is the most powerful weapon that you can use to change the world") to Bruno Mars ("If you ever forget how much you really mean to me, every day I will remind you").

At the end of the day, Woo says her lunchbox creations are about keeping her kids well-fed and making them feel loved. Oftentimes, "the notes were [my kids'] favorite part," Woo says. "I feel like those notes, and not even the lunches themselves, give everything the most loving touch."