The conservative lawmaker snapped after being grilled about his Jesus comparison: "Don't question my faith!" 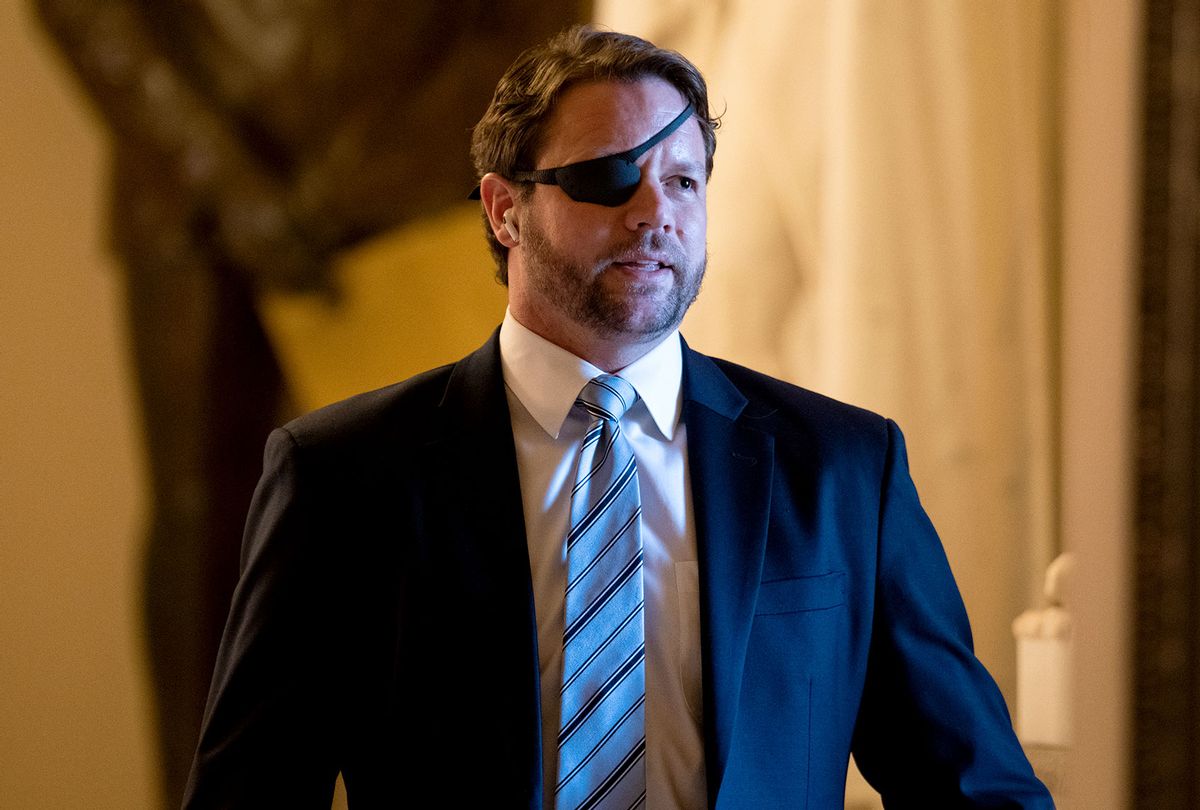 Republicans now seem to be deploying their new favored insult against President Joe Biden, a Democrat, to take swipes at their own.

Rep. Dan Crenshaw, R-Tx., a Methodist Christian, was booed by a crowd in Texas on Monday after ostensibly snapping at a young woman who asked him to clarify his past comments on whether Jesus "is real." The awkward incident unfolded during a Q&A at a Montgomery County Tea Party meeting, where a girl began reciting remarks Crenshaw made back in April about Jesus being a "hero archetype" but not a "real character."

"I can't wrap my head around this," the girl said to Crenshaw after quoting him.

"Well, I'll help you," the lawmaker forcefully interjected. "Put a period after the word Jesus, and don't question my faith!"

The quip was met with a chorus of boos from members of the audience, one of whom pointed out the girl's young age. A tense back-and-forth ensued between the girl and Crenshaw, who accused her of "twisting" his words. The accusation then prompted multiple members of the crowd to shout, "Let's Go Brandon," a minced oath for "F*ck Joe Biden."

It remains unclear why "Let's Go Brandon" was hurled at Crenshaw, given that the Texas conservative has consistently condemned decisions made by the Biden administration while applauding those of Trump.

Comedian Jay Black suggested that the phrase, in its apparent overuse, has simply become a rhetorical crutch for conservatives aggrieved by anything at all.

"When they're shouting "Let's Go Brandon" at the end… are they yelling at Dan Crenshaw? The girl?" tweeted Black. "Or does MAGA just shout that now whenever they're uncomfortable, like Macaws screeching at a predator."

It isn't the first time Crenshaw has been in hot water with his own party.

During a December campaign event, in a scathing critique of his own party, Crenshaw labeled several unnamed members of the GOP as "grifters" and "performance artists."

Crenshaw later clarified those comments after facing the wrath of multiple members of the caucus, claiming he was not referring to the group.

Following the Jan. 6 Capitol riot, Crenshaw again departed from many of his Republican colleagues when he said that claims of voter fraud in the 2020 election were "mass manipulation."

"They said they were protecting the Constitution. They knew full well they were shredding it," he said on his podcast.

Asked about his many spats with conservatives, Crenshaw told Politico that "he's not looking for fights."

"But if a false narrative is spreading quickly, you have to say something," he said. "I think politics has changed radically, where people want a freewheeling, authentic person. Fine, that's good. And that's certainly what I deliver. But you also need to be thoughtful and correct in what you say."

*Correction: A previous version of this report incorrectly identified Crenshaw's questioner as a "10-year-old girl." Subsequent reporting, however, revealed that the teenager is 18 years old.