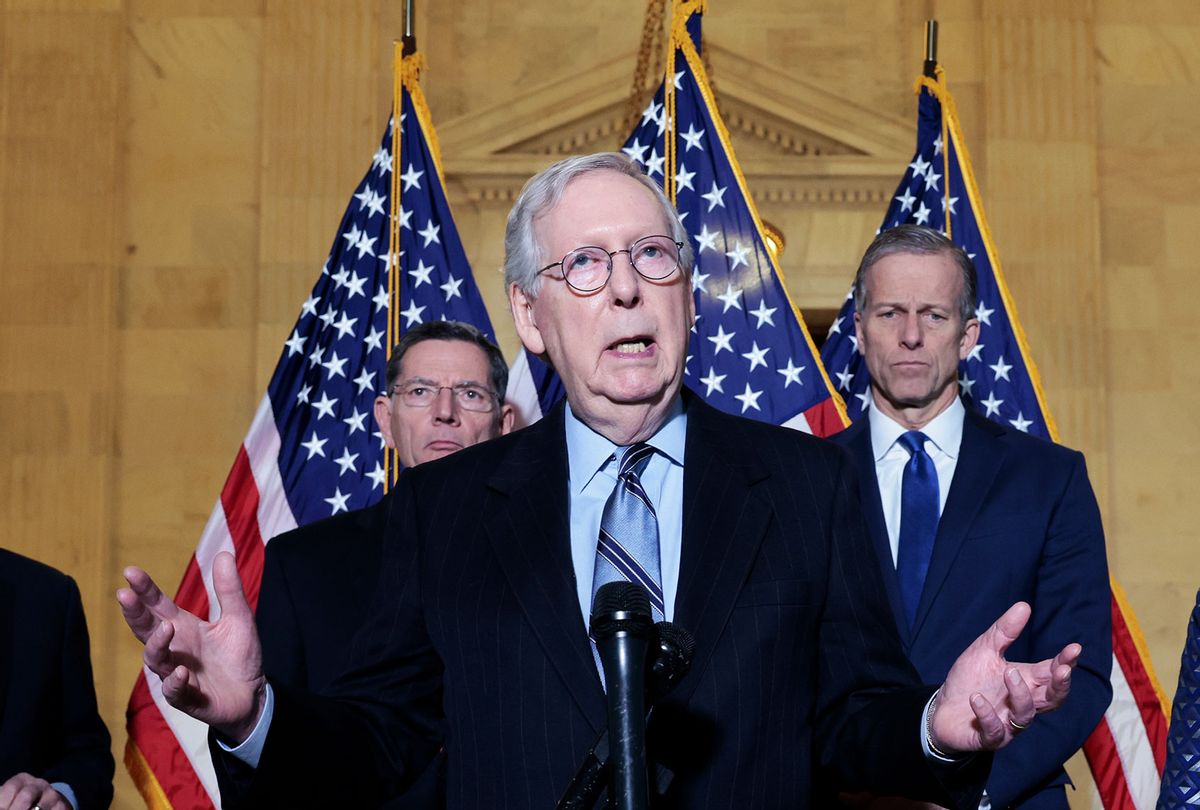 McConnell's remarks came during a press conference held just after the GOP's filibuster of the Democratic-backed voting rights overhaul known as the "Freedom to Vote: John R. Lewis Act" – a measure designed to counteract the wave of Republican-led restrictive voting bills that has swept the country.

During the presser, a reporter asked McConnel to address the concern of voters of color, now that the bill had reached a dead end.

"Well the concern is misplaced," McConnell responded, "because if you look at the statistics, African American voters are voting in just as high a percentage as Americans."

McConnell's comments drew a wave of scorn from politicians and pundits on the left, many of whom suggested that his remarks were symptomatic of the GOP's attitudes writ large.

"McConnell did not misspeak," tweeted Huffington Post blogger Bryan Behar. "In one quote, he summarized the entire GOP worldview. They think it's a White nation and anyone who isn't White isn't a true American."

Rep. Gwen Moore, D-Wis., suggested that McConnell doesn't support the voting overhaul because he doesn't truly consider Black Americans to be real Americans. "Newsflash to the GOP Leader," she said, "I am an American; we are all Americans."

It's possible that McConnell meant to suggest that Black Americans vote with the same frequency as Americans at large. And this is true, according to The Washington Post's Philip Bump, who noted that "Black turnout exceeded the national turnout rates in 2008 and 2012 before aligning with them in 2016 and 2020."

However, Black turnout has "consistently been below White turnout" with the exception of 2008 and 2012, so "saying that Black turnout aligns with the national level ignores that disparity," Bump added.

Last year, Republicans in 19 states passed 34 restrictive voting bills apparently designed to ratchet up "election security" in the wake of Donald Trump's baseless conspiracy that the 2020 presidential election was marred by widespread fraud.

Central to the Democrats' counteroffensive is the "Freedom to Vote: John R. Lewis Act," a bill that combines the Freedom to Vote Act and the John Lewis Voting Rights Advancement Act into one sweeping measure, standardizing voting laws across all fifty states. Specifically, the bill would make Election Day a federal holiday, expand voter identification options for registration, prohibit partisan gerrymandering, make it easier for groups to challenge election laws they find discriminatory, and more.