"We are concerned that our military was part of this Big Lie, promoting that the election was false" 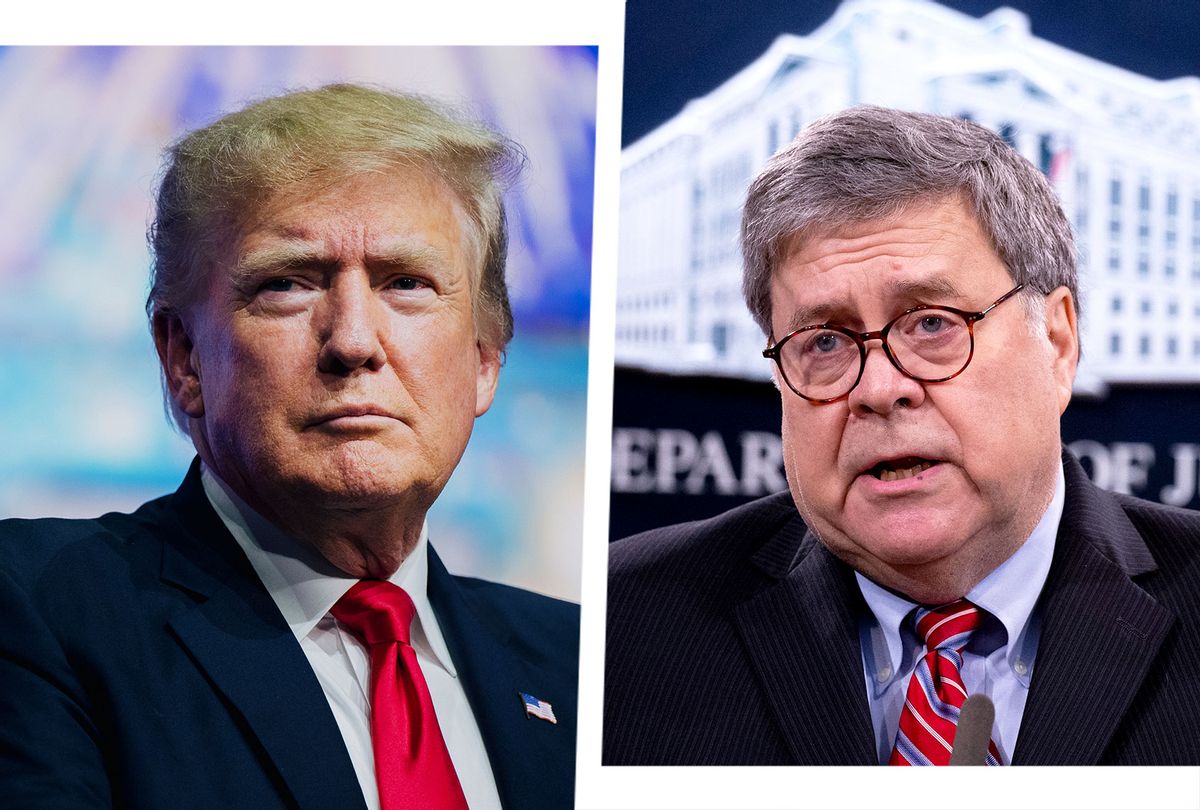 The House select committee investigating the Jan. 6 Capitol riot has reportedly spoken with former Attorney General William Barr about a draft executive order written by the Trump White House that would have called for the U.S. Secretary of State to seize voting machines and begin a special counsel investigation into the 2020 election.

The news of Barr's cooperation with the committee came from the committee chairman, Rep. Bennie Thompson, D-Miss., who said during an interview on CBS' "Face the Nation" Sunday that the panel had already spoken with a number of people about the bombshell revelation.

"To be honest with you, we've had conversations with the former attorney general already," Thompson told host Margaret Brennan.

"We've also talked to Department of Defense individuals. We are concerned that our military was part of this Big Lie, promoting that the election was false," he added.

Thompson also said the U.S. military played at least a small part in vetting the draft — adding that while the plan was never carried out, there was "reason enough to believe that it was being proposed."

"We have information that between the Department of Justice, a plan was put forward to potentially seize voting machines in the country and utilize Department of Defense assets to make that happen," Thompson said. "Even though it's a discussion, the public needs to know."